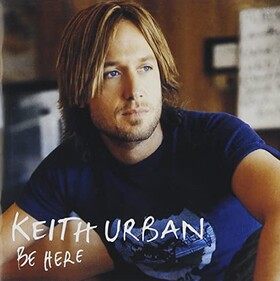 Clip Above To Order This AlbumAlcohol.

We, as a society and a world, drink a lot of it. Some more than others. Some know how to drink responsibly. Some never know when to stop. The ancient writings have said that it “is a mocker”. Brad Paisley wrote a humorous song about it.

For me, personally, I had some examples – both personally observed as well as been factually told by those who observed. The short version of it is that I’ve seen the negative impact of it with some family members. I’ve seen it destroy their health and send them to an early grave. It was a factor in two suicides amongst my relatives. Because of that, I made a conscious, deliberate decision to not partake.

For those who choose to drink, I do not stand in judgement. I’m too flawed to do that. I have loved ones who enjoy alcohol and they do so moderately and know when to stop. I also know some who don’t know when to stop or, at least, can’t seem to once they hit the slippery slope.

Words are said that can’t be taken back.

DUI’s happen that stay on ones driving record for lord knows how long and are expensive to defend against.

Careers are ruined and ended prematurely.

Much more importantly, health can and often is impacted. Often, fatally so.

Families are negatively impacted emotionally, financially, and hereditarily and often for forever if not dealt with and reined in decisively.

The piece below was written a little over nine years ago. It is about a childhood friend who was on her death bed due to a lifetime of alcoholism. Very shortly after I posted that piece, she died, leaving behind a loving husband and kids. The piece is largely as it was when I originally posted it. I’ve corrected some typos and some sentence structure mistakes that I originally missed. There still may be some there. However, I hope and pray that the spirit and message of the piece remains intact.
Again, this isn’t a judgement. It’s an encouragement for those who have a problem to get help. NOW.

From Nobody Drinks Alone by Keith Urban

One morning this week, I was greeted with the news that a friend from my youth – a girl (let’s just call her “Christine”) who was a good friend of my extended family – was dying from cirrhosis of the liver and, barring a miracle, only had mere days left on this earth.

My mind instantly flashed back to our teens during the summer of 1974. I was spending the summer in my beloved East Tennessee and had made friends with Christine and other kids at the church my aunt and uncle were pastors of in their town.

Looking back, it seems that each summer day was spent laughing, cutting up and roaming the rolling hills of McMinn County. Usually at the center of the laughter was Christine. She typically lit up any and every room she walked in to. She was smart, hysterically funny, athletic and had a genuine heart of gold.

Her mom and dad were true saints who took a genuine interest in people – even this long haired, smart aleck kid from Arizona. They once took a bunch of us kids to spend a few days at a cabin on a nearby lake and we all had the time of our lives. Again, during most of the laughter, Christine was right in the middle of it. It’s against that backdrop of memories that I have always remembered Christine. Still do.

I don’t know when Christine started drinking. From what I’m told, my childhood friend had a drinking problem her entire adult life and it likely started in her youth. I do know that, regardless of the age she started, it started with just one drink.

I don’t know what fears, insecurities or demons she was trying to drown. Based on my memories of her, I didn’t think it was even remotely possible for her to have any. However, as Henry David Thoreau is often quoted, “Most men lead lives of quiet desperation and go to the grave with the song still in them”. I don’t know what unsung song that CB is taking to her grave or what quiet desperation made her feel that the only shelter from her storm was in a bottle.

I do know that Christine is about to leave husband and a teenager that I know she loves dearly and they her. I also know that her mom would do anything humanly possible to save her daughter. And I know that her wide circle of friends feels the same way.

I also know that, if you are wrestling with the same or similar addictions, you can get help – today! You can’t rewind the tape of your life to when you took that first drink but you can stop that tape of quiet desperation and plug in one that allows you to sing the song within you. Please, if you’re battling the bottle – or any other substance, get help now – not after you finish the alcohol or pills that are in your home; not after the party you’ve obligated yourself to attend; not after you try yet one more time to see if you can lick it on your own.

Right now, contact an organization that can help you. If you don’t know who to contact, may I suggest Alcoholics Anonymous? Just like you haven’t been drinking alone, neither must you go through recovery alone.

Please pick up the phone and call. Now.