Song on the Radio 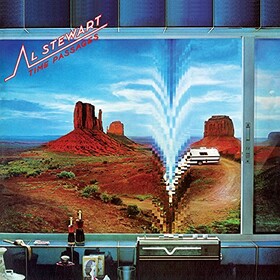 Click Above To Replenish Your Library“You’re on my mind like a song on the radio . . .”
From the song, “Song On The Radio” by Al Stewart

I don't know about you, but I hate it when a song or phrase that I don't particularly like (read that as, "I hate that song/phrase!") loops over and over in my mind. Wikipedia.org tells us that this phenomenon is referred to as an ear worm, phonological loop, Last Song Syndrome, repetuneitis, or melodymania. It also offers the words "aneurhythm" and "humbug". I like "ear worm". It has such an organic ring to it.

Oh, sure. Act like it's never happened to you! I know better! I know that you've caught yourself humming "Jingle Bells" in June. Or, worse yet, you'll suddenly realize that you're whistling "Saturday Night" by the Bay City Rollers and wonder where that came from.

My personal favorite is when I find myself whistling the tune that the scarecrow from "The Wizard of Oz" where it says, "If I only had a brain!" I could go into morbid detail as to the various reasons why that song and phrase would come to my mind, but I've never been much into written self-flagellation.

But then there are the times when an old favorite song comes to mind that you've long since forgot about. Maybe you've heard it on the radio and the tune has stuck with you for the rest of the day or even the rest of the week. Along with the song come the memories, good or bad, that the song is stuck to like a Post-it® note in a book. Songs are like mile-markers on the highways of our memories.

For instance, for some reason, whenever I hear Boston's, "More Than A Feeling", I think of walking across my high school campus back in the ‘70's during lunch time. Kids were sitting on the grass everywhere, eating and visiting. When I hear Aerosmith's, "Sweet Emotion", I think of the high school Concert Choir trip to California's "Magic Mountain" where a cover band called "Scream" did a great version of that song.

Do you think that I'm going way back in my mind? Wrong-a-roo! I can go back even farther! Three Dog Night's, "Mama Told Me Not To Come", takes me back to my 12th birthday because a friend gave me their "It Ain't Easy" album.

Oh! So, you're double dog daring me that I can't tag a song to an even earlier time in my life? Surely you jest! Elvis's, "Wear My Ring Around Your Neck", takes me back to 1966 when I listened to my mom's "45" of that song. It was one of two or three records we owned, and I wore that record out! After her passing, I got to keep those records and will never get rid of them.

Recently, I was driving to an appointment. I was alone in my car, listening to the radio, when Tommy Roe's "Dizzy" began to play. I hadn't heard the song in years, but a forgotten childhood memory flashed instantly in my mind. It took place in the Spring of 1969. Here's the story:

My family and I were about to move from Huntsville, Alabama, to Phoenix, Arizona. My best friend, Franco, whose family were temporarily in the U.S. from Germany, and we were inseparable. His mother took us, along with his little brother, to a skating rink so we could have some fun memories to look back on when we were no longer together.

I skated off the rink to take a breather and to watch everyone skate in circles to the music. "Dizzy" came over the sound system and Franco's brother come skating by, his little head bobbing back and forth, his eyes rolling around, singing the words to the song in his cute, heavily-accented voice. 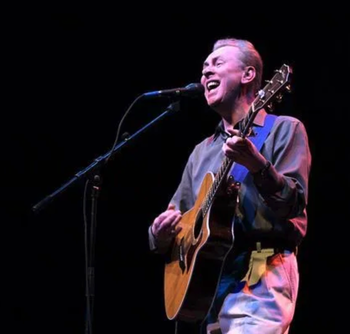 Click Above To Visit Al Stewart's WebsiteSo, when I heard "Dizzy", I had another pleasant earworm (I live perpetually infested with them). Having recently tracked down Franco back to Germany after 40 years of no communication, I dropped him a line in an e-mail to share my memory with him. He was pleasantly surprised by my recollection and shared a couple of his own.

Songs take us back in time. They bring back all different kinds of memories. Songs will take us back to happy and sad times. They remind us of friends, enemies, family, and others. Songs can affect our moods because they remind us of times, place, or people. Songs are interesting in that way.

What I've often started doing is to identify the "key memory component" tied to a song that I hear. If it's a memory of an old friend, I'll shoot them an e-mail, or even call them, to let them know that they came to mind and wanted to say "hi". If the friend is gone, I'll contact one of their family members. If that isn't possible, I'll do the next best thing and contact another friend that I haven't communicated with in a long time.

That said, I still haven't figured out who I'll contact the next time I hear The Bay City Rollers sing "Saturday Night" on the radio.