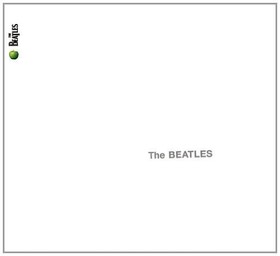 Click Above To Order This LPOr “Why I’m A Tad Nutty About Cardinals”
Originally Posted July 19, 2010

“Take these broken wings and learn to fly, all your life you were only waiting for this moment to arise . . .”
From Blackbird by The Beatles

As it says at the top, I posted the original version of this piece almost eleven years ago. Since that time, there have a lot of major changes in my life. Good times. Bad times. Bright times and dark times. Through all those times, I drew from the experience that this article shares. It’s my hope that it encourages you – if not now, then later when you need it.

Here’s the revised version of “Blackbird”

I don’t know if you believe in signs from God, but I do. I feel that I’ve experienced such signs many times in my life, but one stands out above all the rest.

It happened in the winter 2003/2004. I was experiencing one of the darkest periods of my life up to that time. I was underemployed at the time, working for a local municipality, marketing their compost.

Yes, I was hocking decomposed organic waste for the city. I kid you not.

One Saturday afternoon, I was feeling particularly down. I went for a long drive alone and wound up at an empty, desolate lakeside park outside of the Dallas area where I lived at the time. Since no one was around, I screamed at God in the privacy of my car. I really wanted to know what I did to hack Him off to cause Him to allow me to experience all the junk that I was experiencing.

After throwing my little temper tantrum, I just sat there thinking about my dilemma. Suddenly, something strange happened. There was no booming voice from Heaven. No burning bush on the ground. No bodiless finger writing spiritual graffiti on the wall outside the park’s restroom. But the darnedest thing did happen. A beautiful, red Cardinal perched itself right on the lip of the driver side door where the window comes out. The bird just sat there and looked at me, not threatened by my presence in the slightest. It just peacefully looked at me.

It then flew to the top of my car and I could hear its talons as it walked across it. Then, it dropped down to the same place on the passenger’s door and looked at me the same way. It then flew over to the lip of the hood in front of the windshield and, again, looked peacefully at me, not at all threatened by my presence. After a few moments, it took off and I briefly lost track of it.

As I was digesting this little event, I looked at a tree that was a little bit in front of where I was parked and saw several red birds peacefully perched in its branches.

It was at that point I felt as if God was telling me that everything was going to be alright. And, for some reason, despite my circumstances, but because of that darned red bird, I believed what I thought I was hearing in my heart.

Crazy? Yeah, I am. But this really did happen.

Not a big deal, you say? Probably not to you. I wouldn’t expect you to see it the same way that I do.

I was looking for answers, I wasn’t looking for a sign, so this wasn’t some event that I was reading things in to or looking around for a sign. If I was expecting a sign, it would’ve been more along the lines of getting struck by lightning for mouthing off at the Creator of the universe and not some red bird making eyes at me.

From that point forward, a red bird has been to me as a rainbow is to mankind: A promise.
Not a promise that nothing bad will ever happen in my life but that my times are in God's hands and it will be okay.

Things did turn around. And, sure, there have been, and are, challenges. I’ve experienced great losses of various kinds. I’ve felt that I didn’t have a friend in the world. I’ve experienced many of the same things that many of you have experienced. It’s painful and it’s real.

For me, when I’ve had those experiences happen; when I’ve had a bad day; when I’m experiencing anxious times; or when it appears that God just wants to remind me “just because,” a red Cardinal will come into my view and remind me that I’m not alone.

As I re-vamp this article, the world appears to be pulling out of the COVID-19 pandemic. It has drove (and is still driving) fear and anxiety into the hearts of humanity and for good reason. We’ve lost friends, loved ones, and celebrities to this horrific virus. Careers and businesses have been destroyed and homes lost.

I’m not suggesting that we put on rose-colored glasses, drink la-la juice, and believe that bad things don’t happen to good people. We all know better than that. However, I am saying that, despite the times we’re living in and the trials we may be experiencing, we’re going to be okay.

A little bird told me so.