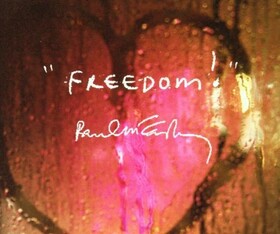 Click Above to Order Your Copy“This is my right, a right given by God, to live a free life, to live in Freedom . . .”
From “Freedom” by Paul McCartney

The word is loaded with so many meanings depending on who you talk to and what weighs heaviest on their minds. For me, as I reflect on this Independence Day, I think about what our founding fathers meant when they thought about freedom and if our definition of it jives with theirs.

I know that the biggies on their minds were: a) a life free from tyranny; b) no taxation without representation; and, c) freedom of religion. Let’s chat about each of these.

A Life Free from Tyranny: When this country’s founding fathers drafted the constitution, it was their desire to give each citizen a right to life, liberty and the pursuit of happiness. They also intended that one citizen did not intrude on the liberty of another. But, more than that, they most definitely intended for the government not to intrude on the liberties of its citizens.

Patrick Henry said, “The Constitution is not an instrument for the government to restrain the people, it is an instrument for the people to restrain the government.” How can anyone be unclear as to what Mr. Henry meant? We would be wise to remember this as we vote for politicians and watch what they attempt to enact into law. Too much precious blood has been spilled to take that responsibility lightly.

No Taxation Without Representation: Our founding fathers were quite angry with the Royal Crown in England as it imposed onerous taxes on the colonies without the colonies being duly represented in London. The crown was imposing taxes on many things, including the staple of English life: tea. Thus, the Boston Tea Party.

Today, our country faces a severe fiscal crisis that threatens to be the worst we’ve ever faced. Tough decisions will have to be made at all levels of government. At this time, this country simply can’t afford many of the demands either placed on it or that it has volunteered. It sucks but it is what it is. Some companies will have to fail without help. Some local and state governments may have to default on loans. I don’t know. I do know that the American people and its economy is groaning under the severe wait of the tax burden placed on it. To make matters worse, our governments are promising more of a burden. This is tyranny of the worst kind and it’s being practiced by both sides of the aisle.

Freedom of Religion: The creators and signers of the Constitution knew that one of the biggest reasons why people were coming to the New World was for the hope of worshipping their god in their way and not in the way dictated by the state. Today, there seems to be lots of debate as to whether or not the founding fathers were Christians. I’m not God so I don’t know what their relationship with Him was. However, I do have an idea of what their intentions were regarding religious freedom in this country.

Since lots of people in the press and government like to quote Thomas Jefferson’s line about “separation of church and state” to support their opinion that religion has no place in politics, I would like to quote Mr. Jefferson regarding where the framers of the Constitution were thinking regarding freedom of religion.
In 1819, in the Virginia Board of Visitors minutes, Jefferson stated that, “The constitutional freedom of religion [is] the most inalienable and sacred of all human rights.” In a letter to John Thomas twelve years earlier, he wrote, “Among the most inestimable of our blessings, also, is that . . . of liberty to worship our Creator in the way we think most agreeable to His will; a liberty deemed in other countries incompatible with good government and yet proved by our experience to be its best support. “ The following year, Thomas Jefferson told the Baltimore Baptists, “In our early struggles for liberty, religious freedom could not fail to become a primary object.”

My point is not to say that the United States should be a theocracy. Ain’t gonna happen. I am saying that, according to the history I’ve read, this country was founded on the principal of an individual having the freedom and liberty to peacefully worship their god and practice their faith without persecution. I believe that also implies that one sect cannot and should not impose or restrict another sect from peacefully practicing it’s faith within the confines of their institutions and in the hearts and homes of its followers.

Thinking about all this drives home a couple points in my mind. First, the Constitution is an incredible document that has withstood the test of time. It really is profoundly simple and simply profound. Second, the founding fathers were pretty smart dudes. If only we had leaders (men and women) with the same kind of wisdom serving in our federal, state and local governments today – especially on both sides of the aisle in Congress, to reasonably correct past wrongs while continually building upon the beautiful constitutional foundation that make the United States the envy of the entire world.