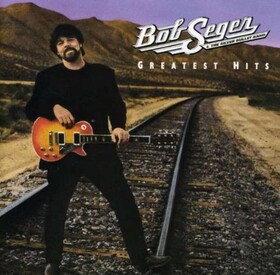 Sometime in the summer of ’66 or ’67, as a kid enjoying the carefree days of a Huntsville, Alabama, summer, my friends and I walked the quarter mile or so to the local convenience store. The sole purpose of the mission was to buy a handful of candy and maybe an RC Cola and then sit in the shade of the building as we enjoyed our treats.

Coming from the empty, open store front next to the convenience store were the sounds of a garage band rehearsing a song. I peeked in through the glassless window to watch the rehearsal. The teenage boy who was the lead singer kept stopping the band, angry about something that just wasn’t quite right. He was cussing the band members up one side and down the other while I was thinking, “Boy, if his mom hears him, he’s going to be in BIG trouble!”

But here’s the interesting thing: I remember what the song sounded like and what some of the words were, but I never learned what the song’s name was or who recorded it. I would hear the song on the radio once in a great while, but the DJ would never give the info.

Finally, last year I finally researched it on the internet and discovered the origins of a 40+ year personal mystery. The song was “Time Won’t Let Me” by The Outsiders. I immediately downloaded it from iTunes and played it until I was tired of hearing it.

A few years later (Easter Sunday, 1973), I saw Elvis in concert in Phoenix. During the show he introduced a new song entitled “I’m Leavin’”. I loved that song and searched record stores all over to try to find the 45 rpm or album that contained it. I never could find it because it was never included in an album. That said, I never heard the song again.

That is, until I ordered a box set of Elvis’s work in 1999. While looking at the lists of songs on the five discs, I was thrilled to see the song that I heard 26 years prior as part of the body of work. Again, I drove my family insane listening to that song repeatedly.

Music is a funny thing. You hear a tune, and it burrows deep into your psyche. The song will create an “earworm” or cause an “aneurhythm”. It will create a benchmark in your mind so that when you hear the song, you will instantly flashback to the time, place, events and/or persons that you were with when you heard the song.

You’ll also find yourself humming or whistling a song (or segment of a song) from WAY back. Often, you’ll do it without realizing it. I don’t know about you, but I’ll also find myself thinking about the time, place, events and/or persons, not understanding why. Then I’ll realize that the related song was also at the forefront of my mind.

Music heals and it hurts. It makes us laugh, cry, smile or frown. It brings us together and drives us apart. It inspires unity and incites anarchy in our streets. It cites our undying love and our eternal hatred of people, places or things. Music is many things to many people. From the jungles of Africa to the ear buds of our iPods, music is woven into the fabric of our minds.

What song is on your mind? Think about when you first heard it; what events were taking place at that time; think about the people tied to that time and maybe reach out to them. If you can’t reach out to them, let the memories elevate you to a better frame of mind.

Music is such a beautiful thing, isn’t it?