Originally Posted on July 18, 2011. Re-sharing with some editing and date adjustments. 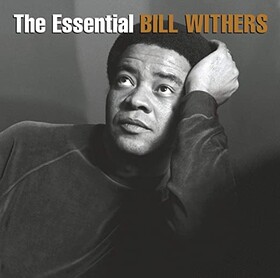 Click Above To Order Your Copy“Sometimes in our lives, we all have pain, we all have sorrow. But, if we are wise, we know that there’s always tomorrow . . .”
From "Lean on Me" by Bill Withers
It happened on the evening of June 20th, 1972.

I was twelve years old living in Arizona and, except for an elderly gentleman who I had met once or twice, up to that time I had never experienced the death of anyone close to me.

We got the call that my sixteen-year-old cousin, Eddie Fritts, had drowned earlier in the evening in Loudon Lake in Lenoir City, Tennessee. It seemed as though our entire family forever changed because of his death. No parent should have to bury a child and that seemed especially so for my Aunt Ann. A then-divorced mother of three, the loss of her only son left her and my cousins Linda and Tricia to support each other.

The family each had favorite stories and memories of Eddie. One such story involved when he was a young toddler and wanted the screen door opened so that he could come inside, he yelled, “I’ll give you a hundred dollars if you let me in!” That memory is still priceless those of us still alive who remember when it happened.

He was funny and incredibly handy with his hands. No doubt, had he entered adulthood, he would have pursued a career that would have involved the extensive use of his hands.

Around that time, wide leather wrist and watch bands were all the rage. Eddie made one out of some sort of gray leather and, when I admired it, he gave it to me. That was just how Eddie was. It was also the last trip that I saw Eddie alive. I still have that wrist band packed away in my collection of keepsakes.

Another thought that weighed heavily on everyone’s mind was a song that was Eddie’s favorite at the time of his death. It’s a gospel song titled, He Looked Beyond My Faults (And Saw My Needs) written by the late Dottie Rambo to the tune of the old Irish tune, Danny Boy. It’s a song about Christ’s forgiveness, grace and unconditional love. Eddie had heard it at a church youth camp earlier that summer when a contemporary Christian music group, The Sammy Hall Singers, that was popular among certain church circles at the time. At the funeral, the song was played on the saxophone by a family friend.

These thoughts and others occupied the minds of the entire family as preparations were made for the funeral. One image that is burned in my mind to this day is how Linda coped with her grief. Bill Withers’ hit, Lean on Me, was hot on the charts and she bought the 45rpm of that song. She brought it home and would sit cross-legged on the floor next to her portable record player and played that song over and over as tears streamed down her face.

To this day, when the opening chords of that song first come across whatever system it’s being played on, my mind instantly flashes to that image of Linda sitting on the floor, listening to the words of support and encouragement from Mr. Withers.

I don’t know what it is about songs – any kind of songs - that minister to the soul and serve as benchmarks to the memories we have. Inspired writers of all types seem to channel the innermost thoughts of the heart if not what sounds and feels like the very words of God.

Since the time I first wrote this piece, Eddie’s sister, Tricia, his mom, Ann, Sammy Hall, and Bill Withers have all passed away. I – no, make that “we” - are still touched by the memories of him. Occasionally, we’ll tell another family member that we’ll give them a hundred dollars if they’ll open a door for us. We’ll share stories we all know oh so well, but we love hearing them again. We also still cherish the songs from those days that helped us all cope with the pain and the loss of Eddie and those who have since followed him. Such is the healing power of our treasure chests of memories and of songs.

We still miss you, Eddie.

Postscript: Almost eight years ago, I moved back to my beloved East Tennessee. For quite a while, one of my favorite spots to stop, walk, meditate, and pray is a small walking trail beside the marina which is beside a restaurant called, "Calhoun's". The trail went right along the lake's shoreline. Every time I would go there, I'd leave feeling at peace and rejuvenated.

After doing this for a year or so, I was visitng my Aunt Ann and cousin's Linda and Trish as Trish was fighting her valiant battle against ALS. I went to visit right after one of my walks on the above mentioned trail. The subject of Eddie came up and I asked where it was, exactly, that he drown. When they described it, it was in the little cove that nestled up . . . you guessed it . . . right beside my favorite walking spot. I didn't know what to make of it other than it was God's way of letting me know that despite the worst that can happen to us, we can keep on keeping on.