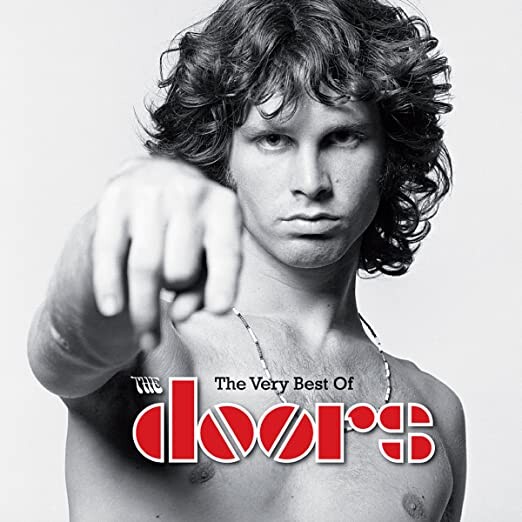 Click Above To Order Your Copy“Strange days have found us, and through their strange hours, we linger alone . . .”

From “Strange Days” by The Doors

Last month – July 22nd to be exact – a friend of mine and many, Patricia Kennealy-Morrison passed away. It’s being chalked up as being from heart disease. I contend that my friend passed away from the effects of a broken, lonely heart prompted by Jim Morrison’s premature death on July 3, 1970. The two were in a unique relationship until his death.

Interesting. She passed away three weeks after the 50th anniversary of the passing of the one she deemed as the love of her life.

I won’t go into all of her accomplishments here. You can look up all the things that Patricia is noted for. She was a fascinating woman and there’s a lot to be read about her.

Ms. Kennealy-Morrison and I had a lot of e-mail and private message (thank you, Facebook) exchanges in the twelve years that I’ve known her. It started when I requested an interview with her shortly after reading her book, Strange Days: My Life With and Without Jim Morrison, that she had written seventeen years prior (she later signed both copies in my library). She agreed to the interview but insisted that it only be via e-mail. I interpreted that stance as her way of maintaining tight control over what was written.

After my interview ran (here), she told me that she was very pleased with how I handled the piece and that I was more than fair to her. That was the highest compliment she could ever pay me. I was incredibly flattered because I have seen how highly critical she can be.

We stayed in touch via social media and e-mail in the years since (more about that in a moment).

I know first-hand that Patricia was fiercely loyal and protective of those she liked and loved. Because of my fairness with her, she exhibited her loyalty by defending me a time or two against some critics on social media. She even offered to put a curse on them (she was a practicing Celtic pagan and considered a high priestess in her circle of fellow believers). I thanked her but told her that it wasn’t necessary.

Over the years, she wished me several happy birthdays as she did to those she kept in contact with. I and her many friends and family will miss those well-wishes from her.

Around 2012 or 2013, I was flattered when she asked me to read her draft of a book she had just finished writing but hadn’t yet been published. It is titled Rock Chick: A Girl and Her Music: The Jazz & Pop Writings 1968 - 1971. It’s a good book. I read it and loved it. I highly recommend it. I still have her Microsoft Word version of it on my computer. We exchanged notes about how the public would perceive it as she had a lot of enemies.

My friend was definitely a lightning rod for controversy and criticism by many when it came to Jim Morrison. Some thought she was nuts. Others thought she was trying to profit from her relationship with Jim. From what I’ve gathered, she profited far less than others and I don’t criticize those who have profited from Jim’s legacy. If family, friends, and lovers didn’t profit, the record label would’ve had it all to itself.

Anyway, some of those enemies are die-hard Morrison/Doors fans who treated her horribly much as many Beatles fans dislike Yoko Ono or Elvis Presley fans dislike Priscilla or Elvis’s various girlfriends since he and Priscilla divorced. Even in death, her detractors have labeled her in all sorts of derogatory ways. I’m not sure that their opinion matters. It doesn’t to me, at least; no more than mine does to them. Ms. Kennealy-Morrison was highly intelligent. You could sense that in the interviews she conducted and in her writings. She was no dummy nor was she easily “led”.

Patricia gave me some great writing advice a couple of times during our friendship. Being the groundbreaking journalist she was, I hung on every word shared. How often does one get that kind of opportunity?

Over the years, I have been occasionally asked about my opinion of Patricia. My opinion doesn’t really matter in this case. Besides, I’m not one to turn my back on those who didn’t turn their back on me.

That all said, here’s my take on my friend:

As for Jim, he was a rock star. A brooding, poetic, mystical rock star who apparently indulged in much of the world’s vices and wanted to experience everything that he could. I believe that he took the handfasting ceremony seriously at the time it happened. Afterwards? Who knows? It’s a waste of time to indulge in such guessing games. I will just say that his bohemian lifestyle makes it hard to discern that his level of commitment to Patricia was equal to hers towards him.

For what it’s worth, though, something triggered inside my friend when Morrison died. In some ways – at least emotionally – I think the loving, romantic part of her heart stood still on July 3rd, 1970. She wrote about him in books; spoke of him from time to time in social media; she was in Oliver Stone’s movie about The Doors; she was often interviewed about Morrison; she would celebrate the anniversary of their handfasting ceremony; and would eviscerate her critics and those who spoke unkindly of Morrison.

In one e-mail exchange between us while my interview was being worked on, I told her honestly that, as a father of a beautiful young girl myself, I thought that Morrison treated Patricia with a lack of respect; that if she was my daughter, I wouldn’t have stood for that one bit; but that I respected her feelings and memories of the man and that I was still a Doors fan. She seemed to appreciate where I was coming from, and our friendship continued until her passing. 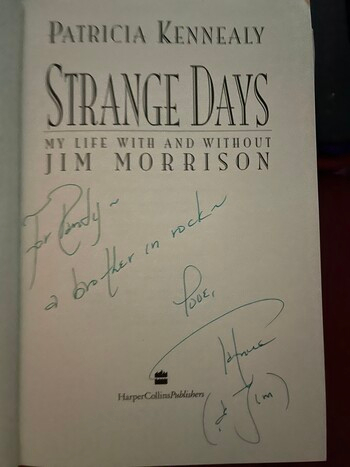 Patricia lived the rest of her days in the apartment she lived in when she met Morrison. She just wouldn’t make herself move elsewhere. I’m sure that family and friends encouraged her to move on as many people do after the loss of a loved one. But some don’t – or can’t – move on.

I had an aunt who lost her husband far too young. He left her and their young son. She never remarried nor, to my knowledge, did she ever date. Yet, she often spoke of memories of her late husband.

We can’t – or shouldn’t – judge how others grieve. We all grieve differently and some never can move past it entirely. For some, they may strongly feel that there is only just one soul mate for them.

I won’t judge them for that. I’m not in their shoes.

I do know this: I’m glad that I got to know Patricia Kennealy-Morrison the little bit that I did. She supported my work with Boomerocity early on and for that I will be forever grateful.