Originally Posted September 12, 2011 – Reposted Below With Additions and Slight Changes 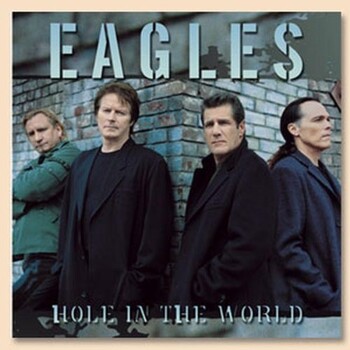 Click Above To Order Your Copy“They say that anger is just love disappointed. They say that love is just a state of mind, but all this fighting over who will be anointed. Oh, how can people be so blind . . .”
From Hole In The World by Eagles

I wrote this piece ten years ago on the tenth anniversary of the horrible attack on our country. Like all of us, I had no idea how this would turn out. I certainly had no idea that we would make a horribly flawed and humiliating exit from that country, leaving some of our citizens and allies in the hands of those who attacked us.

At the time that we took the war to the enemy, I supported it – at least, I supported how I THOUGHT we were going to fight it: quickly, decisively, and with as little civilian casualties as humanely possible.

Well, after twenty years, the first two hopes didn’t happen. Then, this week, we learn that what was first reported as a suicide bomber being hit by a drone strike as he was one his way to kill more innocents was actually an aid worker coming home and greeted by his children. They and other innocent people were killed in that strike.

This literally brings tears to my eyes.

Four administrations (two Republican and two Democrat) have done a very poor job in commanding the “greatest military in the world”.

Ten years ago, I had high hopes that we would end that War on Terror decisively and with positive outcomes. All that has happened is we now have a larger hole in the world.

Our work is cut out for us to shrink the size of that hole.

Here is the piece I wrote ten years ago:

On this ten-year anniversary of 9/11, emotions still run very high. It would be very simple to think that lots of things started and lots of things changed on that horrible, life-changing, world-changing day.

It certainly was both of those things to the families of those left behind by those over 3,000 souls that were lost on that day. I can only imagine the pain felt by the hole that was left in their world. My thoughts and prayers are still going out to them after all these years.

The world also changed for the soldiers and their families who have taken the war to Afghanistan and Iraq. Regardless of one’s opinion about “the war on terror”, one would have to be a cold-hearted fool to not feel compassion on those brave women and men (and their families) who serve, or have served, our country – often at the expense of life, limb or, in some isolated cases, sanity. As is with the case of the surviving families of those killed on 9/11, my thoughts and prayers are still directed to our warriors and their families who have sacrificed in so many areas so that our country can remain safe and free.

Certainly, our country has been forever marked, changed and, in some ways, divided since September 11, 2001. Tremendous costs extracted from our nation’s economy certainly had an immediate impact that, in some ways are still being felt today. Obviously, the derivative costs of war abroad and security costs at home are impacting American’s wallets directly and indirectly and likely will for the rest of this generation’s days.

There are lots of debates as to why 9/11 happened; who is to blame and how we should go about preventing a recurrence as well as how we can create a safe, peaceful world. Many of the voices heard in these debates are from brilliant, highly intelligent people with tremendous insight. While I do have thoughts and opinions, I certainly would not place myself into the category of those people.

That said, I do feel that, at the risk of sounding ridiculously Pollyannaish, I do think that we are a world of hopelessly flawed people in an imperfect world and both will remain so. The only way that this world would be safe and in harmony is if there was a global change of heart - a world full of God’s love for one another and, in healthy, humble way, for our own selves.

Do I think this will happen? No, I’m afraid not. That doesn’t mean, though, that I – we – can’t strive for that goal in our own hearts and positively affecting the lives of others as a result. By doing so, the hole in this world will become just a little bit smaller and a little less painful.