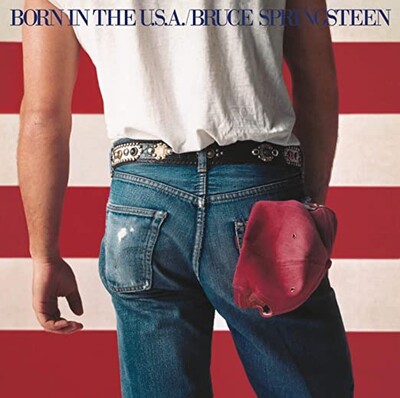 Click Above To Order Your Copy“I had a friend was a big baseball player back in high school, he could throw that speedball by you, make you look like a fool boy . . .”
From Glory Days by Bruce Springsteen

I’ve never been much of a sports fan. If a game of whatever sport happens to be on wherever I’m eating or if whomever I’m with is into the sport, I’ll watch and try to follow it as best as I can.

As of this writing, I woke this morning to the latest news on the World Series battle between the Atlanta Braves and the Houston Astros. Because I have family in the Atlanta area and because of its geographic proximity to where I live (East Tennessee), I’m rooting for the Braves. Of course, I just decided that, but it has nothing to do with the fact that they’re leading.

While I say I’m not much of a sports fan, that’s not to say I didn’t try my hand at it a time or two. The only official league of any kind I participated in was the summer Little League in my area during the summer of 1971. I don’t remember much about it except, a) my team was the Giants; b) we had butt-ugly orange and black uniforms; c) we didn’t win many games; and d) I sucked at playing the game (Maybe “d” caused “c”? I dunno)

Despite my lack of ability to successfully play the sport (and to my teammates chagrin that I was on their team), I always enjoyed playing a game of baseball. With a neighborhood full of kids, it was always an easy game to pull together just about anywhere. It was an easy game for me to understand. In fact, I think that’s the thing that endears the sport to so many Americans of both sexes. It’s what makes the game so “American” – right along with Mom and apple pie.

After my one failed attempt at playing baseball, I never tried out for the sport again. However, when I went into high school, I did keep my eyes and ears somewhat open to our school’s various teams. We had a pretty darn good baseball team, the Moon Valley Rockets. The team was graced with the tremendously good luck of having the son of the legendary Ozzie Virgil, Sr.

Mr. Virgil broke the color barrier for the Detroit Tigers in 1958 and played for the New York Giants, the Kansas City Athletics, the Baltimore Orioles, the Pittsburgh Pirates and the San Francisco Giants. He also went on to coach for the Giants, Montreal Expos, San Diego Padres and Seattle Mariners. Mr. Virgil is still alive and kickin’ in the country of his birth, the Dominican Republic.

Ozzie, Jr., made a name for himself as well – both during and after high school. Ozzie’s skills on the diamond set a pant load of state high school records. Also, because he had the nasty habit of using the houses behind our baseball field for target practice, the school had no choice but to put up a higher fence to impede his baseball bombardment.

Like Mr. Virgil, Sr., Ozzie went on to play for such pro teams as the Toronto Blue Jays, the Atlanta Braves and the Philadelphia Phillies. In fact, Ozzie played for the Phillies during their successful World Series bid against Kansas City in 1980.

Needless to say, all of us Moon Valley alums proudly point to Ozzie as one of us who made it all the way. It’s not only because he made a big name for himself but because he did so in the sport that we – and most all of America – love. When our classes get together for our reunions, Ozzie is in the middle of crowds, laughing, cutting up and even stealing the microphone from a certain emcee (and I ain’t sayin’ who) to make a wisecrack that always busts everybody up. We all love Ozzie for being Ozzie. However, I’m sure that, for many diehard baseball fans, there’s that extra additional bit of love directed to him for the love of the game and all it stands for.

So, you’re probably wondering what the point of this piece is. Is it about the Braves, Ozzie or baseball? To that, I would have to say, “All of the above”. While the Braves look pretty darn good right now – and while Ozzie still has his hand in sports in the Phoenix area – there’s something about baseball that makes every day playing and watching it a “glory day”. It brings people together – even non-sports fans like me – and just makes us all enjoy living and sharing the memories.

Now, if Ozzie would just give me back that mic so that I can get my deposit back . . .