Note: Originally posted in its original version (“Mayberry RFD, Part 1”) on November 15, 2010. This is a revised and re-edited version. 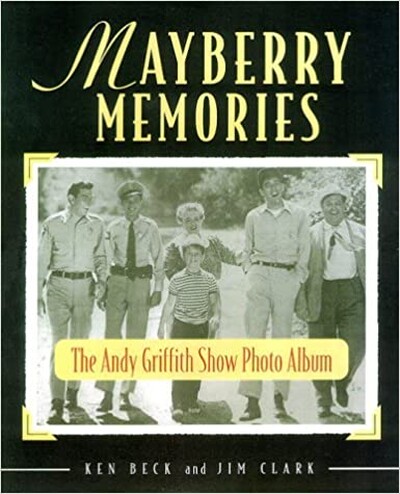 Click Above To Order Your Copy“There’s something about Mayberry and Mayberry folk that never leaves you. No matter where life takes you, you always carry in your heart the memories of old times . . . and old friends. Here’s to all of us . . . old friends.”

For those of us who are considered baby boomers or older, we remember simpler and more innocent times. For those of you that are considered members of Generation X, Y, or are millennials, you have no idea what you have missed or what is even possible in society.

To illustrate what I’m talking about, all you need to do is watch old black and white re-runs of The Andy Griffith Show. Notice some things when you watch it.

Things like the courthouse doors, as were most homes in those days, were never being locked. Apart from the town drunk, Otis, the jail cells were seldom occupied. Deputy Fife carried one bullet for his gun and Sherriff Andy Taylor didn’t even carry a gun.

Andy was the wise “every man” that men of the day looked to as an example and Opie was the wholesome, all-around great kid who played “cowboys and Indians” and loved playing baseball. Aunt Bea was around to be the mother figure for Opie, whose mother had passed away.

In Mayberry, dinners at home were often followed by sitting out on the front porch (do most new houses even have front porches now?) to enjoy the quiet of the evening or pleasant conversation with those around you. Now and then, you would wave and greet your neighbors as they enjoyed an evening walk in the neighborhood.

Kids could play safely anywhere in the community and knew when to be home for supper (as they call dinner in the south). Respect was shown to their elders and the adults in the community kept an eye out on the kids “just in case”. It wasn’t always nosiness - neighbors just looked out for neighbors in those days.

On any given weekday, Andy would mosey down to Floyd’s barber shop for a cheap haircut and easy conversation, without being rushed through like the expensive assembly line shops of today.

Sure, you can watch the show and say, “Ah, that’s just Hollywood! Things like that never happened!”

I remember clearly that my grandparents’ doors were never locked. I don’t know if they even knew where the keys were to their houses.

You could show up any time of the day or night and walk right on in even if they weren’t home. You knew that you were always welcome to both grandparents’ homes and, to my knowledge, their homes were never burglarized.

I also remember going to some of the country barber shops with either of my grandfathers and overhearing the men talk about everything from the latest cattle auction results to their staunch opinions of all levels of politics. Yes, even then, politics was a divisive subject.

I especially remember being able to run all over creation on either grandparents’ farms and never having to worry about being abducted, molested, or murdered. I remember hiking in nearby woods, playing all sorts of childhood activities like “army” or cowboys and Indians, dying a million deaths and all before supper time.

I know now that there were all sorts of dirty secrets taking place in the lives of my school mates throughout my school years, but I think that those were exceptions instead of the norm. Broken homes existed but they were very rare. All in all, life was good.

Sadly, we lost Mayberry a very long time ago. Can we return to Mayberry? I think that it’s certainly possible to recapture a lot of it . . . if we want it bad enough. While the street wise genie is out of the bottle, if society really wants to, it can cram a lot of that bad boy back in. It would be a long, drawn-out process - one that will take at least two generations, and probably four, to bring back some semblance of Mayberry. I don’t know about you but I, for one, think that it would be well worth the effort.

Until that happens, we can take to heart the beautiful and thought-provoking toast of Andy Taylor to the long overdue newlyweds, Barney and Thelma Lou: “No matter where life takes you, you always carry in your heart the memories of old times . . . and old friends. Here’s to all of us . . . old friends.”