Sympathy For The Devil

Originally posted November 22, 2010, this is re-posted with some edits and additions. 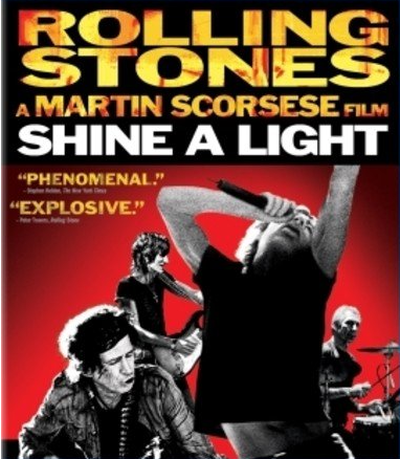 For Baby Boomers, I don’t suppose that there was an event any bigger during our youths - and burned into our minds - than the assassination of President John F. Kennedy. I’ll wager a guess that you remember something in your life that day. Though I was only a snotty nosed four-year-old in Universal City, Texas, I have vague memories of the shock and anxiety felt by my parents.

I guess that is why I have always had an intense interest about the theories surrounding that horrible tragedy that is still alive and well today. I’ve read many books and watched many documentaries and movies (including Oliver Stone’s, JFK, which I watched him film in Dealey Plaza one day). I’ve been on the infamous grassy knoll and have toured the Sixth Floor Museum twice. For those of you who don’t live in the Dallas area, you can avail yourself to a live, real time view from the alleged sniper’s perch via a webcam that is in place, here.

However, my most memorable excursion into all things JFK took place eighteen years ago on the 40th anniversary of the president’s assassination. Late that morning, I jumped into my car, armed with my digital camera, and took off to the south part of Dallas to check out some of the key landmarks tied to that fateful day.

I avoided Dealey Plaza since I already knew that that chunk of real estate was jammed with people. So, my first stop was to find the house where Lee Harvey Oswald was renting a room while working at the Texas School Book Depository.

With the house still occupied, I snapped a picture from across the street and headed to my next stop which was where Officer J.D. Tippet was allegedly murdered by Oswald. There were no markers that I could find indicating the huge, historic event that took place on that street. I found that both sad and uncalled for. With everything else memorialized with a plaque tied to that day, I couldn’t (and still don’t) understand why that spot isn’t marked for everyone to remember.

More about Officer Tippit in a moment.

The oddity and irony of that friendly cooperation between us isn’t at all lost on me. Like looking at modern art, I just cock my head at the thought and think of how both odd and interesting that little exchange was.

After shaking hands and thanking the foreign visitors for taking my picture, I went by the Texas Theater where Oswald was arrested and then on over to Laurel Land Memorial Park to see if I could find Officer Tippet’s grave.

Once I arrived at the cemetery, I began methodically trying to locate the brave officer’s final resting place. The information I had was not that detailed, so I had to look at each individual grave in my search. As I made my way from west to east, my search was temporarily halted as I respectfully waited as an elderly lady and a younger couple visited a grave in the area I was about to search next. After the elderly lady and the couple left the area, I immediately found Officer Tippit’s grave. I was tired so I wasn’t putting two and two together.

You know where I’m going with this.

That evening on the 10 o’clock news, some of the video shown was of Officer Tippit’s widow, Marie. I instantly flashed back to my Laurel Land stop earlier that day. The elderly lady that I saw at the cemetery was none other than Mrs. J.D. Tippit.

I have often thought about how our world changed so drastically on November 22, 1963. And, as I’ve already stated, I’ve thought a lot about who could have killed the president if it wasn’t Oswald. Whether it was others within our government, organized crime or a foreign government, it’s unlikely the nation will never ever be completely satisfied with any answer given. This brings to mind what I’ve often seen written about the assassination of President Kennedy: Our nation’s innocence (if not gullibility) was also murdered that day.

That is likely very true. At least it is for the Kennedy’s, the Tippit’s and possibly even the Oswald’s.