For A Dancer - Remembering Michael Nesmith 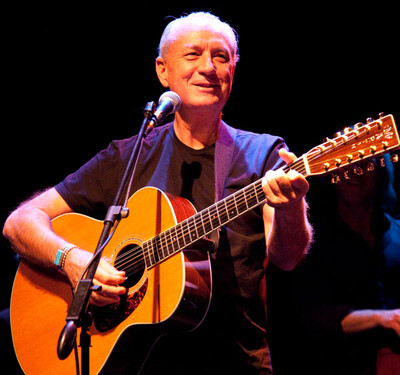 Photo by Mary Lou Saxon“. . . I must've thought you'd always be around. Always keeping things real by playing the clown.
Now you're nowhere to be found . . .
”
From Jackson Browne’s “For A Dancer”

When I launched Boomerocity (which means ‘the essence of being a baby boomer’) almost thirteen years ago, it was done so for a variety of reasons. It was to express remembrance – a dusting off if you will – of lessons learned long ago; to reflect on the meaning of our lives as it stands now as we’re on the backside of life’s mountain; to not live in the past but to remember and apply all that we learned and experienced back then because those lessons and experiences are still relevant today.

The creation of Boomerocity was also to make people aware of what the icons and influencers of our youth are up to today. I wanted you to know that they are still active, creating, performing, and still bringing smiles to not only their fans but to succeeding generations, as well. I do this through interviews with those icons and influencers and reviews of their new projects in hopes that you, too, will attend their concerts and by their creative works.

I’ve done – and still do – these because I know that life is short and that these great artists won’t be around forever.

Nothing brings this point home with eye-opening clarity than to learn of the passing this week of Michael Nesmith of The Monkees. I believe that, as a kid, I watched every episode of their show on TV – at least twice and likely more. They represented a hip and wholesome carefreeness that always left us smiling and feeling good. Girls had their favorite Monkee and guys just liked that they were a band. The guys in the band were supposed to live forever.

And now there is just one.

While I did get to interview Davy Jones a few years back (here) and met Micky Dolenz at a fundraiser in Nashville put on by James Burton a couple of years ago, I never have the privilege of meeting or interviewing Michael (nor his fellow bandmate, Peter Tork). I had made several attempts to arrange an interview with him but I suppose that it was never meant to be.

Baby boomers are facing a lot of things at this stage of our lives. We find ourselves reflecting with a lot of “coulda/shoulda/woulda’s”. The majors of our earlier days are minors and the minors are now majors. We acknowledge mistakes we’ve made while making new ones. If we’re really smart, we reconnect with our friends and pick up where we left off and keep being friends until . . . well, you know.

I could end this piece in any number of ways. I could do so in my usual reflective self as, once again, we lose an icon of our youth who brought us so much joy with their craft. Instead, I’ll leave you with a couple of random but meaningful quote by our beloved Michael Nesmith.

“Don’t object so much, you’ll live longer.” (Something to think about before commenting on social media and elsewhere)

“Just because you can thrill a toddler by chewing with your mouth open doesn’t mean that you should.” (There’s a lot of meaningful symbolism in that quote."

RIP, Michael Nesmith. Thank you for all the laughs and music over the years.