Note: The original version of this piece was posted September 27, 2010. I have used the bulk of that piece to form this updated article to cover my thoughts about my class reunion that took place last weekend. 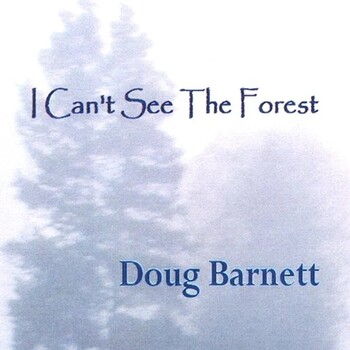 Click Above To Download "This Reunion" or The Entire Album It's On“Thirty years and you’re still the same, A little older, maybe changed your name. Couple kids, ex husband too, but you can move like you used to do. We play a teenage game, I have only myself to blame. Should have said something years ago. If I don’t tell you then you’ll never know . . .”

From "This Reunion" by Doug Barnett` from his album, "I Can't See The Forest"

Last weekend was what we affectionately refer to as our “40-Something Reunion”. It was a multi-class extravaganza that encompassed the Moon Valley High School classes of the seventies and early eighties. This was the fifth reunion I have had the privilege to attend, and, like the other four reunions, I find myself thinking a lot about friends, youth, aging, life, and mortality.

As a casual observer of people, I watched the giant gathering of friends as they stood in the middle of Memory Lane with no fear of being run over – except by the memories of days gone by. Dear friends who haven’t seen each other in many, many years squealed and hugged each and picked up their relationship from where it left off. Old flames chatted and compared their lives and, no doubt, walked away wondering what might have been. Another pair or two apparently decided to find out but I won’t go there.

Like the other reunions I attended, I was struck once again by the magical power of friendships – especially old ones – and how our past still has an incredible impact on our present and future. Class reunions have a way of magically mixing these two elements into an emotional concoction that, when properly consumed, leaves us with a profound appreciation of where we’ve come from, where we are, and where we’re going.

During one part of the two-day celebration, we remembered those classmates, teachers, and staff who are no longer with us with a moment of silence. I’ve seen many variations of this touching remembrance and it never fails to bring tears to my eyes and reminds me of this vapor we call life and how quickly it is passing by. We just never know how long we will have our friends with us. In the nine years since the last reunion we had, we lost many of our classmates to accidents, illnesses, and the pandemic. Their seasons in the sun now finished but not the memory of them.

I guess that is what I always take away from my class reunions: the value of good friends with mutual backgrounds and experiences and never want to see those relationships wane ever again.

But here is what was really cool about my classmates over the years and spanning the last four reunions. In these trying economic times, several of our classmates paid the admission for many of our fellow classmates who otherwise wouldn’t have been able to attend. The names of donors and recipients were all kept confidential. Each of those involved neat stories of how much it meant to them to attend.

In one such case a couple of reunions ago, a classmate donated funds for two people to attend. That person asked what the circumstances were of the recipients. I told them that one of the recipients had been affected by a specific health issue (I told them what that issue was). The donor came up to me at the reunion and told me that he was so glad that the donation went to whom it did as they (the donor) had lost their spouse to the same illness two days before their anniversary.

How much more serendipitous could that be?

Speaking of serendipity, another very cool thing happened at one of our reunions twelve years ago. Douglas Barnett (the writer and performer of the song this article is named after) was on the planning team for that reunion.

In the week or two before the reunion took place, one of our female classmates decided at the last minute to attend and contacted me for details. I helped her with the online registration and then thought nothing more of it.

At the first night of the festivities, I happened to notice that Douglas and that fellow female classmate were sitting alone together, and their gazes locked into each other’s with no hope of breaking it. I asked another classmate what the story was, and they told me that Douglas and Barbara had been high school sweethearts but had gone their separate ways.

Before the end of that year (and after I posted the original version of this piece twelve years ago), Barbara and Douglas were married and will celebrate their twelfth anniversary later this year.

After two years of near isolation, fear, confusion, and fear, relationships are more important than ever. Whether it’s continuing a friendship or starting a new one; whether in our matrimonial relationship or finding love again; whether openly helping our friends or doing so anonymously; our relationships with others should be cherished, invested in, and never taken lightly.

There are so many opportunities that each of us can take advantage of to enrich another person’s life. If we do (especially when we do so anonymously), we will find ourselves somehow equally, if not more, enriched in ways that money can never buy.

So, with the power of the web and free long distance at our disposal, why not enrich your life – if even for just the slightest little bit – by performing a kind, anonymous act or even reuniting with an old friend you haven’t seen in ages and pick up where you left off.

It’s not trying to live in the past. It’s merely leveraging it to improve your present and future. Besides, who knows what other kinds of reunions might happen?