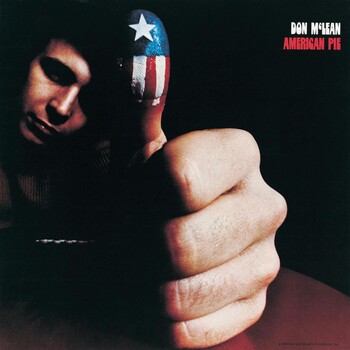 Click Above To Order Your Copy“Long, long time ago, I can still remember, How that music used to make me smile . . .”
From “American Pie,” by Don McLean

One of the main reasons I launched Boomerocity over thirteen years ago was to “remember the lesson of the past to apply today in order to influence the future.”

In the early days of this site, I wrote my thoughts that were supported by a line from a song, show, or book, and hoped that those who read it would begin to reflect on their own past and re-apply the lessons learned. Those reflections (the new ones being written) are what Boomerocity Unplugged is all about.

What I’d like to reflect on in this piece is how important music was to us back in the day when new music was an event.

I remember in my teens in Phoenix, Arizona, anxiously awaiting a new album’s release. When the big day would come, I’d hurry down to the now-gone MetroCenter Mall to my favorite record store and pick up the album – usually for $3.99.

I’d hurry home, peel off the cellophane wrapper, pull out the vinyl, carefully put the licorice pizza onto my turntable and gently lower the tonearm onto the grooved disc.

As the music played, I’d studiously read – no, devour – the liner notes of the album, learning where it was recorded, who wrote the songs, who played on it, produced it, engineered it, and who was thanked for it. If the album contained the lyrics, I’d read them carefully, looking for the meaning of the songs. Music just wasn’t nearly as plentiful – and, therefore, commoditized – as it is today.

I remember when I sat with the late Sam Andrews of Big Brother and the Holding Co. for one of the first interviews for Boomerocity, he mentioned how, as musicians, they were inventing the stuff that is now being studied in schools everywhere. Musicians were experimenting with tunings and gear. They were inventing pedals and amps that would take their musicianship to new and different levels. There was the blissful joy of experimenting and discovering new ways of making music.

As I’ve interviewed artists over the years, they often comment about how new music used to be an event. Today, we find ourselves yawning over new releases.

I guess it’s because we’ve become so jaded. Or maybe it’s because there’s just so darn much of it being released because it doesn’t take a lot to record an album in your spare room and distribute it these days.

I’m inundated with new music from all over the globe with artists hoping that I will review it. I used to review a lot more music than I do now. It’s often just so hard to make the time to seriously listen to all those discs and give them the attention – and review – that they deserve. I will begin to do more of that. To do that, I need to make some changes in behavior, and I invite you to do the same.

Second, if you aren’t already doing so, see what those artists are doing musically today. Buy their albums (okay, CDs) and gorge yourself on the beauty of their new music. Devour the information on the liner notes (you may need a magnifying glass to read them but it’s worth the effort). Savor the magnificence of what you’re experiencing.

While you’re at it, check out their websites. See where they’re going to be appearing and, if they’re going to be near you, buy tickets and go see them. Check out Boomerocity (ahem!) and read/watch/listen to the interviews with them that are on this site.

Finally, check out newer, up-and-coming artists who have taken up the mantle of whatever genre of music you enjoy. I can assure you there are many who are. They approach the genre and the legacy behind it with reverential awe. They strive for excellence in writing and performing it. They’re worth your investment in time and money. They really are.

I guess what I’m saying is this: Take the time – make the time – to really, truly enjoy and savor music. Let it make you smile, again.

Note: Be sure to check out the Boomerocity interview with Don McLean who wrote “American Pie” (here).