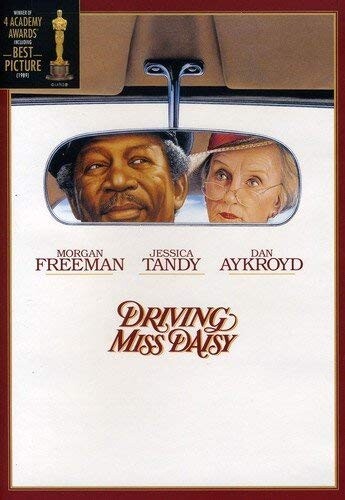 Click Above To Order Your CopyAstute Boomerocity visitors will notice that I don’t have the usual quote tied to the title of the article from which I build the piece. The reason that I don’t is the title of the classic movie starring Morgan Freeman and Jessica Tandy says all that I need to write this piece.

Today, my dog, Daisy died. This November, she would’ve been fourteen in human years. Here’s the story about Daisy and why I chose this title (because it really does fit).

In September 2008, the family dog, Sassy, passed away. She was a beautiful black Pekingese who ruled the roost. When she died, the family grieved as if we lost a family member. That’s because we did. As you who have lost a pet know, when we lose our cherished pets, there’s a huge void left in our hearts that is shaped just like the pet we lost. That’s how it was with Sassy’s passing.

Around the first of the following year, my now ex-wife got on the internet and found a reputable Pekingese breeder and saw pictures of several beautiful puppies that were going to become available soon. I didn’t want dogs so soon, but I was outnumbered two to one (our daughter joining her mother in wanting to get A new puppy).

We made the ninety-mile drive to the breeder and sat in the floor with a beautiful brood of puppies. There were two that caught my eye, one hiding behind the other. The shy one was Penny. She was hiding behind Daisy. Silly me, I said, “Let's take them both.” because they were obviously attached, and I couldn’t stand the thought of separating them.

I could share lots of funny stories about Penny and Daisy who I come to call “the hellions,” but I won’t. I loved and adored them from the git-go. They both brought so much joy and laughter to the home.

In time, a nasty divorce came into the picture and, due to circumstances, I got custody of the hellions and I moved from Dallas to Tennessee for what I thought was going to be just a few months.

The hellions instinctively comforted me during the nasty divorce. They adapted to their new home and quickly won the hearts of my parents who I left them with often.

When my mom died four and a half years ago, they comforted me and my dad – especially my dad. They kept him busy and seemed to give him a new sense of purpose.

Sadly, we lost Penny in May of last year. It was a hard loss, but it was especially hard on my 86-year-old dad. He called her, “Little Girl,” because she was the slightly smaller of the two. Daisy stepped up and filled the paws of her sister while maintaining her own position. She still brought laughs (she would kick Dad out of his recliner and would often let him know that he should be heading to bed).

Dad being Dad, he spoiled Daisy even more than he already had, including starting a daily regimen of daily drives together, just the two of them. As Daisy started moving slower, Dad would delicately carry her to and from the car and take her for their ride alone together.

Today, it became apparent that she was beginning to cross the rainbow bridge. Dad and I lay in the floor with her and petted her, telling her we loved her. She and I looked into each other’s eyes as she drew her last breath and joined her sister on the other side of that fabled bridge.

When we lose our pets, the pain is real and palpable. That incredible connection between a dog and their human friend is unmistakably real and genuine, full of love and devotion.