All I Wanted Was A Car 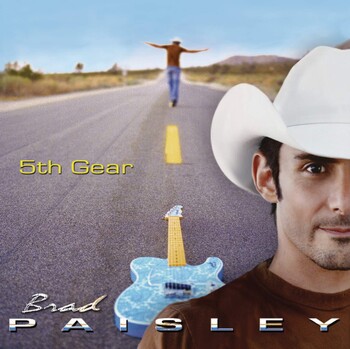 Click Above To Order Your Copy“Yeah, when I was sixteen
All my dreams
Revolved around one thing
All I wanted was a car
”

From "All I Wanted Was A Car" and the album, 5th Gear by Brad Paisley

Boomerocity is HQ'd in the Great Smoky Mountains of Tennessee. As a tourist spot (the Smoky Mountains, not Boomerocity), there are always some sort of gathering, convention, or some such thing going on here.

The biggest is what they call "Rod Run Week" and they have it here twice a year. It's where people bring their classic cars, park them wherever they can, and then walk or cruise around, looking at the cars. Traffic is bonkers during these kinds of weeks, but my dad and I will drive around about dawn when the traffic is light and see what all is parked out up and down Pigeon Forge’s Parkway.

Dad and I immediately start to reminisce about our first cars, cars we used to own and the cars we wished we’d kept. One of his first cars was a ’57 Chevy Belaire (now worth between $72K and $130K) and there were quite a few of those cars parked on Parkway. My first car was a ’70 Buick Skylark (now worth in the range of $20K - $40K) but I didn’t see any of those on display. I did see many of the Camaros from the era that I wanted badly as a kid. One was briefly parked (a ’70) with a price tag of $75K. It was quickly gone.

All those cars brought back fond memories of everything surrounding getting my first car. Looking around for one with my dad. Finding it. Buying it ($1,050 – and, yes, I wish I still had it, especially for the prices they’re getting these days). Mom and Dad bought it for me, but I had to make $100 a month payment to them as well as pay for my own gas and insurance. When I made my last payment to them (I never missed a single one), they let me know that they saved every payment, and they gave it back to me.

I worked at Sun-Maid Grocery in Peoria, Arizona, for $2.00 an hour. I think the minimum wage was $2.35 but I was allowed to work all the hours that I could squeeze in. This instilled in me a strong work ethic. In addition to paying for my own car and expenses, I bought my own clothes and for anything fun I chose to do (and had rare time for). One of the things I bought and had installed in that Skylark was a removable under-dash cassette player (a Sanyo, I believe). Between it and the radio, I would drive to and from work, listening to music from people I would eventually interview thirty-something years later.

From what I understand, kids these days aren’t as anxious to get their license, buy a car, and drive. Maybe it’s because schools have really piled the work on them to get the uber-high GPA’s that will supposedly get them into the college of their choice.

I do know that cars have infinitely changed since I bought my first car. Cars today have digital everything, power windows and locks, automatic transmissions are pretty much standard now, air conditioning, satellite radio, and even built-in GPS.

I love having all that stuff on my car today. It makes driving even more enjoyable than ever. However, I still turn my head when a ’68 – ’70 Camaro comes into view or a ’70 Skylark. I gawk. I reminisce, I smile, and I remember when all I wanted was a car.