A Song That I Can Live With 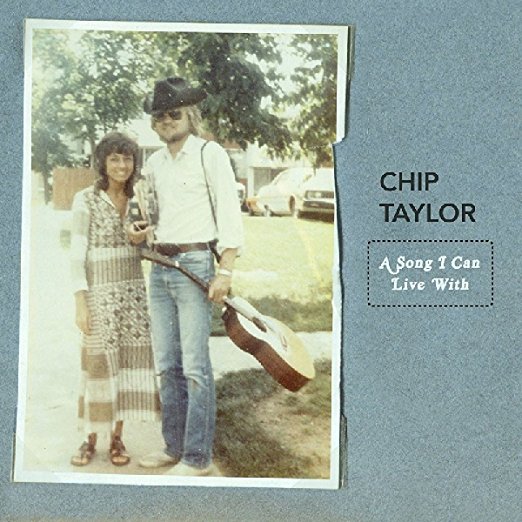 A Song That I Can Live With

Legendary songwriter Chip Taylor, who was inducted into the hallowed Songwriters Hall of Fame (along with Marvin Gaye, Tom Petty, and Elvis Costello) in June of 2016, announces a February 17 release date for his new album, A Song I Can Live With, on his Train Wreck Records imprint.

Chip’s latest compilation of songs in his own inimitable style, personal in origin but universal in appeal, follows last year’s release of Little Brothers, which generated universal acclaim and also saw Taylor reuniting with his former duo partner, singer/fiddler Carrie Rodriguez, for a series of shows dubbed “the 10th Anniversary Red Dog Tracks Reunion Tour,” in honor of their album of the same name. Taylor also released a “mini album,” I’ll Carry for You, last year, inspired by Canadian golfing sisters Brooke and Brittany Henderson, who caddy for each other, and whose title track was a song about the power of love.

Produced by Chip Taylor and Goran Grini, the new album sessions were recorded at Train Wreck Studios in Mamaroneck, New York, and Grini Studios in Norway. The even-dozen songs feature Taylor backed by a band that includes Goran Grini on an assortment of instruments, as well as John Platania on guitar and special guest Greg Leisz on pedal steel guitar.

“I had just finished recording and mixing the Little Brothers album with my friend and co-producer, the amazingly soulful Goran Grini from Norway,” Taylor recalls. “I was in New York. There were no tours ahead of me. All of a sudden I started writing again. The songs felt inspired. I sent them to Goran and asked his opinion. He said he loved them.

“Goran flew in from Norway a few weeks later. We recorded the new songs in the same manner as the Little Prayers Trilogy - just Goran on keyboards & me (guitar and vocals) with great friend Tony Mercadante at the controls at our little Train Wreck Studios. Goran added bass, pedal steel horns and other keyboards in Norway. Then my great friend John Platania added his guitar magic on several, and here we are with our new album, A Song I Can Live With.”

Taylor talked about his songwriting style by observing, “As are most of my songs, all the songs in this album are stream-of-consciousness-based. In other words, I didn’t plan on writing about anything particular. In each instance, I picked up my guitar and at some point words and music flowed that gave me some sort of a chill that inspired me to continue - mainly to find out, as a listener, what I was talking about. With many of these songs I didn’t grasp a meaning until late in the writing process. With some, their meaning changes for me from day to day. With the exception of a few, these songs were written during an inspired period several months ago. ‘A Song I Can Live With’ and ‘Little Angel Wings’ were written at the last moment.”

Ron "Bumblefoot" Thal Talks About "Little Brother Is Watching"
5695 views
April, 2015 I’ve been fortunate to have the privilege of having interviewed lots of artists from lo...