A Sunday Night Above The Rain

Marillion’s has just released to a waiting and enthusiastic fan base one of its strongest live releases so far: A Sunday Night Above The Rain. It’s released as a 2CD set and on digital formats via earMusic/Eagle Rock Entertainment and the clarity and crispness of sound is absolutely amazing.

Recorded on March 10, 2013 at the band’s bi-annual Marillion Weekend at Center Parcs in Port Zelande, the Netherlands, this live release is presented in the best possible sound quality available today. For the first time, Marillion performed all of the tracks from their widely acclaimed and most recent studio album Sounds That Can’t Be Made. Besides the eight album tracks, the band also played a selection of fan favorites ranging from “This Strange Engine” to “Garden Party.”

Thousands of fans traveled from over 44 countries around the world to be a part of this truly amazing night. A Sunday Night Above The Rain encapsulates and celebrates the success and fan adoration of one of progressive rock’s most innovative bands. Consequently, this collection will most assuredly make its way to each and every Marillion fan’s personal listening library. 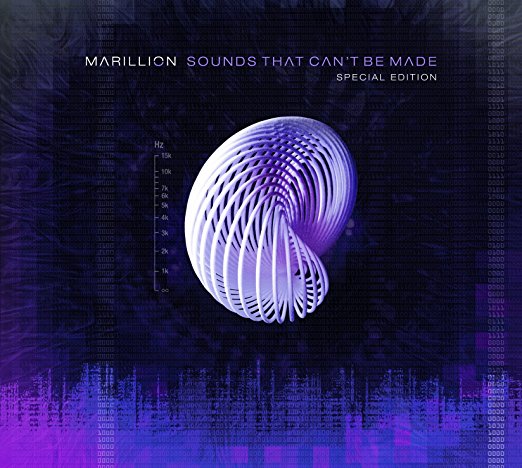 Sounds That Can't Be Made - Special Edit

Marillion, A Sunday Night Above The Rain