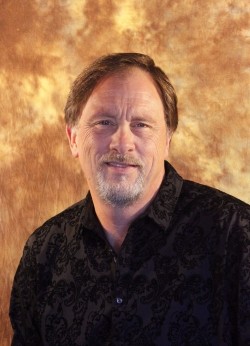 Randy Patterson
of Boomerocity.com
Like other areas in his life, Boomerocity founder Randy Patterson was a late bloomer when it came to writing. While he usually received pretty good grades on any papers he wrote in school, he never considered writing professionally until after his 30-year high school reunion.

Serving on its planning committee, he wrote the monthly e-mail blasts that were designed to generate nostalgia and interest among his fellow former classmates to attend that reunion. While attending the reunion, classmates and teachers alike complimented him on his ability to write and reminisce. A repeated theme in those comments was that he really needed to do something with his writing ability.

After the reunion, those words kept nagging at him so he started writing reflective thoughts from a baby boomer’s perspective. To showcase those writings – as well as what he thought would be an occasional celebrity interview – Randy created Boomerocity.com.

When the site was launched in April, 2009, Patterson thought that it would die a slow death over the next twelve months. Instead, the site ended its first year with fifty-two articles, twenty-five interviews and a bunch of CD and book reviews.

“I’m just a fan and I’m always interested in what icons, artists, movers and shakers are up to and what their thoughts are on things. I know that they’ve been asked the same questions millions of times and it’s often hard to keep from asking them. But I do try to ask other questions that they’ve either never been asked or, at least, not asked quite as often.”

Interviewing celebrities has been a bit of a pleasant surprise for Patterson. He laughingly but truthfully explains that his first celebrity interview was with the infamous Col. Tom Parker. Randy saw him at an Elvis concert that he attended at the age of thirteen.

“I was at the concert on an Easter Sunday. I’d shown up two hours early and was standing at the foot of the stage, staring at Elvis’s iconic black guitar when I noticed someone walking up to the side of me. I turned and saw that it was the Colonel. He never looked at me. He just stared at the stage as I had just been doing. I asked him three simple questions. 1) Was he the Colonel? (Yes) Where was Elvis going next? (Anaheim) Can I go backstage to meet Elvis? (No) And, with that, the Colonel turned and walked away.

Randy’s philosophy and approach to writing in Boomerocity was – and is - simple: Be positive in reviews and in interviews. Ask no “gotcha” questions. Be as “family friendly” as possible but let those interviewed say what they want to say and how they want to say it. If anything was said off the record, it remains that way. Randy’s word was and is always his bond with those interviewed as well as with their management.

The result has been a wealth of fun and informative interviews with some of the biggest names, movers and shakers in the entertainment industry. When Patterson isn’t chasing down an interview, interview opportunities present themselves to him. Regardless of how they happen, he approaches everyone with respect and writes like a fan.

“I figure these people always get ambushed and sucked up to from all types and angles. I just want to be respectful and interesting to both the person interviewed and to the people who read, watch, or listen to what I present. It’s really nothing more than that.”