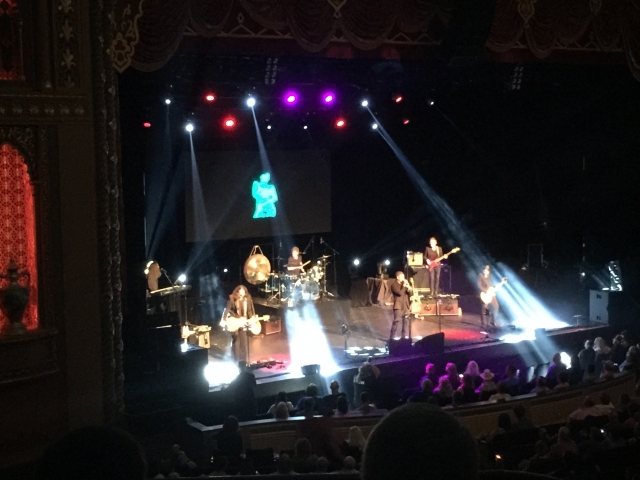 I first saw Black Jacket Symphony three years ago this October. Ironically, they performed Led Zeppelin 4 and I was blown aware by how incredibly well they covered such a bold, iconic album.

Almost three years later, BJS has still delivered – this time in their presentation of Led Zeppelin’s landmark second album. As before, they performed the album just as if the Zep themselves were performing for crowds for the first time. The difference being that this time, BJS performed to an enthusiastic, sell-out crowd at the much larger Tennessee Theatre, mere steps from the Bijou where they performed three years ago.

Also as before, the band came back after intermission to perform many other of Led Zeppelin’s greatest hits. Pre and post intermission, the crowd was on their feet, cheering the band on just as if they were Led Zeppelin.

Just before intermission, the band announced that they would be performing Fleetwood Mac’s Rumours album – guaranteed to be yet another crowd pleaser. So, if you want to insure that you get great seats for what promises to be an excellent show, order now by clicking here.