Right out of the chute, the self-titled debut album by the Hollywood based band, Black Robot, will mesmerize you.  As I mention in my interview with Black Robot founder and bass player, JB Brightman, this project is like a dessert made up of your favorite tasty ingredients.

Joining Brightman on this disc is fellow former Buckcherry band mates, Yogi Lonich, on lead guitar, and drummer Devon Glenn (with some percussionary reinforcements also provided by Chris Powell and Darren Dodd). Keyboard work was provided Fred Mandell who has worked with greats like Pink Floyd, Queen and Elton John. Huck Johns executes his vocalist duties flawlessly.  The ribbon that tied this talented package together is the production talent provided by Dave Cobb.

I’d like to focus your attention on my favorite songs which represent over half of the CD.

First on my list is the band’s cover of J.J. Cale’s, Cocaine.  John’s delivery, as well as the band, instantly delivers this classic ala AC/DC.  So much so that I searched the world-wide-web over to find if Angus and the boys covered it and I couldn’t find where they did. So, to paraphrase what JB said in the interview, Black Robot has covered a song that AC/DC must’ve wanted to cover but didn’t.  Y’all will love BR’s version of this - you really will!

If I was forced to choose a favorite song off of this album, I’d first fight with all my might to not have to make that choice.  Assuming that I would lose said battle, I would have to say that my choice would be Mamma Don’t Cry.  This song with the Hendrixy/Skynardy vibe to it gave me an earworm to the point of being at risk of developing into full blown obsessive endomusia.  It will not surprise me in the slightest to learn that this song is used in a movie or TV soundtrack.

Another great song that threatened to induce the same neurological results was the incredible love ballad, I’m In Love. Incredibly well written, this tune is sure to be “our song” to many couples experiencing the pierce of Cupid’s arrow.

Before and after I’m In Love are two songs that will likely have some commercial appeal.  The first is the fast paced Money.  I found myself wanting to dance incredibly fast ‘cept the thing is that I can’t dance.  Second is In My Car.  Like Mamma Don’t Cry, I will bet all the funny money in my possession that these two songs are used in a commercial sometime in, say, the next 18 months.  Remember, you read it here first, folks!

The press release that came with my advance copy of Black Robot describes the title song (cut #8) as cynically shouting “Self-destruction is our destiny”.  And that it does. With a hard overdrive reminiscent of Aerosmith, this sound will forcibly drag you along for its wild ride.  You’ve been warned.

Dissatisfaction is a great tune that one gets when you blend Aerosmith with The Red Hot Chili Peppers, and what an audibly delectable treat it is.  Sure to be a crowd pleaser in their shows, this tune will, no doubt, wind up on Black Robot’s greatest hits album a few years from now.

Black Sabbath fans are going to become Black Robot fans when they hear 23 Days of Night. If someone told me that the song was outtake from Sabbath, Bloody, Sabbath, I would bit off on it, hook, line and sinker.  As Brightman told me during our interview, this is a song that Black Sabbath would’ve wanted to make but didn’t.

Stop The World is a heart-tugger of a message from Huck Johns to his young son who he has to live apart from.  Those of us who have had, or still do, spend a lot of time away from our loved ones will want to adopt this song as our traveler’s anthem. They lyrics tell the story and share the pain as only one who lives with the pain of separation can.

The maiden musical voyage by Black Robot concludes with the intense, Nervous Breakdown.  The guitar riffs remind me of The Rolling Stones, circa Black and Blue and the vibe from Dirty Work.  Every time I listen to this song, I pick up something different in it.  It’s a multidimensional song that will hit you from several different and intense angles.

If JB, Huck and the boys keep producing this kind of great work, you can expect to see these guys around for a very long time.

Black Robot is available at Boomerocity.com and other fine websites on the Red Distribution label. 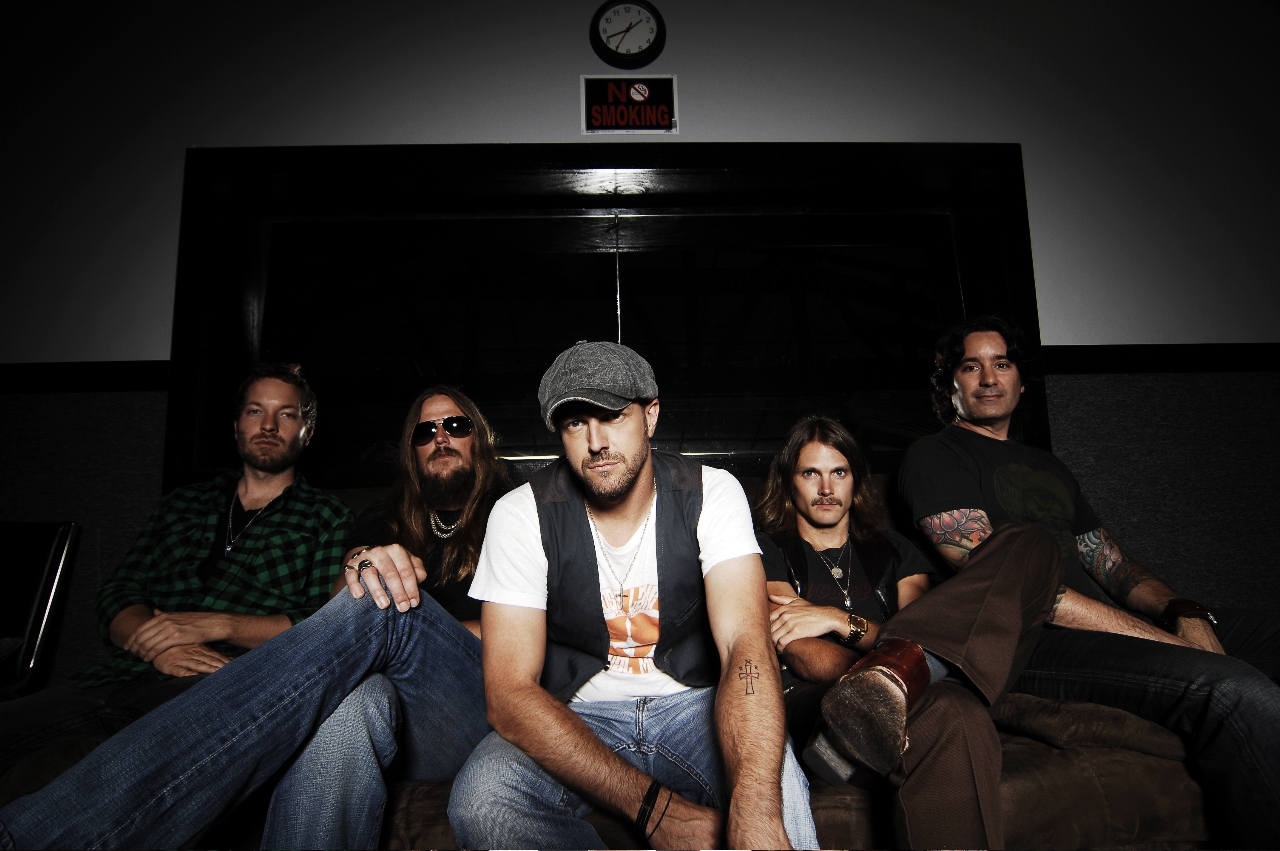