Bernard Fowler Inside Out 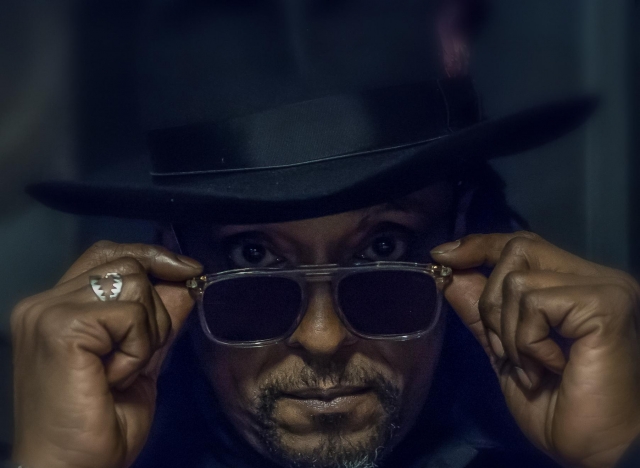 With a Stones tour already announced and Bernard’s release of his own new CD, Inside Out, it was a great time to catch up with him again. I called him while he was at Denver’s airport on his way to a performance of A Bowie Celebration with some of David Bowie’s former bandmates.

“It’s called The Bowie Celebration and it’s, basically, a tribute to David Bowie. It’s kind of an alumni tour that Mike Dawson, Carmine Rojas, and Earl Slick – all three spent years with David. We’re just celebrating his music,” says Fowler of the tour.

When I asked if he had met Bowie before he died, Bernard said, “Yup. I loved Bowie. I listened to that stuff early on (while) growing up. I brought Diamond Dogs to Show and Tell at school. Ha! Ha!”

According to Bernard’s press release for Inside Out, Mick Jagger made a comment about how he was handling a Stones song during a sound check and that’s what kicked off this album. Fowler said, “It was that comment from him that made me get the recording process started. I had plans to do it already but getting that comment from him just put a stamp. I went to work (on it) – right after the tour I went to work on it.”

With such a vast Rolling Stones catalog to pick from, I was curious what Fowler’s criteria was in selecting songs.

“The criteria was strong lyric content. Then I opened the Rolling Stone songbook. I read some lyrics and I saw the lyric content and I went to it. Sympathy For The Devil is a previous obvious thing. That’s the last thing that I recorded because I had a deadline and that lyric content, it was strong. So, it just made sense to add that to the whole thing.”

As always, Bernard has some heavy hitters helping him out on this album. In addition to some names that I know have helped him on his last album, I saw that he also brought in Carmine Rojas in on bass.

“Yes, he has! Carmine is one of my oldest friends. Carmine played bass on my Nickelbag project. He played bass on that and other things. He’s also on this new one; he’s on the song, Under Cover of the Night. That’s him at the beginning where the girl is running the jungle and she gets spotted by a soldier. That’s Carmine that’s the soldier. He’s travelling with us now.”

Naturally, we all want to know what, if any, response there’s been on this disc from the Stones.

“I’m sure that they’ve probably heard it by now but I have not spoke to them so I don’t know. I’ve not performed it, yet. It’s not even released, yet, officially. It’s the 19th of April. But the people that have heard it, the response has been incredible.”

Is there a Stones or fan favorite?

" width="240" height="120" allowtransparency="no">“I can’t say that there is a specific favorite. When I was recording it, I played Keith a little taste of it. I wrote that in the liner notes. He looked and me, smiled, and said, ‘Damn, Fowler! You went deep!’ I was really in the early stage of recording. He hasn’t heard it in its completion, as far as I know. I’m not sure if he’s heard it.”

When I asked Bernard which tune he would point to as a calling card for the entire CD, his answer surprised me.

Fowler went into the studio determined not to sing the lyrics which may disappoint some of his – as well as Rolling Stones – fans. We all love hearing Bernard’s silky, Smoky Robinson-like voice. But don’t let it keep you from getting the disc. It’s a keeper. That said, I did ask him what made him decide to take the non-singing approach to the Stones catalog.

Since Fowler mentioned The Bura, I had to tell him that “See You Again” was one of my favorites of his body of work.

I can’t talk to Fowler without asking about plans with the Stones. At the time of our chat, the band had announced a new tour. This, of course, was before it’s postponement due to Mick Jagger’s recently announced heart surgery. That said, I asked Bernard what fans can expect from the tour. His answer was short and sweet. 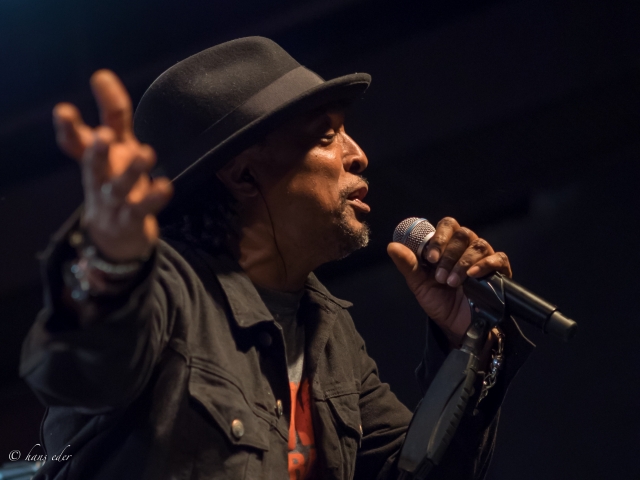 “You know what? You know what I know. I won’t know what that is until I get to rehearsal. I’ll start rehearsal the end of March/first of April.”

Wrapping up our chat, I asked Fowler what was on his radar for the next year or two.

“Well, on the radar right now is finishing this David Bowie Celebration and going right into the Stones. When this (the Bowie tour) ends, I’ve got maybe five days before I start rehearsing with the Stones for the next tour. When the Stones tour is over, the plan is to go out and turn people on to Inside Out. I’m going to try to put a tour together with just a night of Bernard Fowler. The spoken word record will kind of let me be my own opening act. I can open the night with spoken word and finish the night with The Bura and more songs.”

Be sure to order Bernard’s new disc, Inside Out, but clicking on the widget on this page and keep up with him at his website, BernardFowler.com.