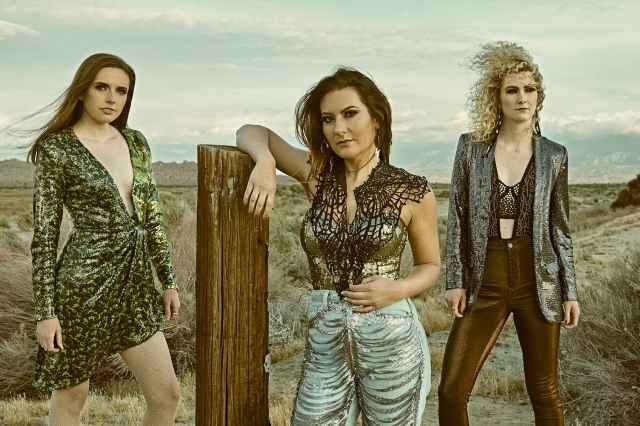 If you heard that a band had a new single featured in HBO’s Yellowstone series; was premiered by Taste of Country; had their music video debut by Billboard; were featured in such major publications as Billboard, Huffington Post, LA Times, Rolling Stone, and more; their tunes were in rotation on Radio Disney Country and KFRG as well as playlisted on Amazon Music, Apple Music, and Spotify; it would be easily understood if you assumed we were talking about an established, major country music act.

However, I am talking about the hottest new country trio to grace the charts and airwaves: Honey County. And, boy (or, girl, as the case may be), are they commanding lots of attention! Comprised of Dani Rose, Devon Jane, and Katie Stump, Taste of Country listed them as one of five artists to watch. Rolling Stone said that they are one of the Top 10 Acts You Need To Know. They have shared stages with a host of major country artists and playing festivals all across the fruited plain. All of that has happened in just over a two-year time frame.

When word broke that their music was being featured in Kevin Costner’s “Yellowstone”, the opportunity arose to chat with all three of them. This came on the heels of meeting them at a performance in Nashville. We chatted via a conference call since they were scattered around Southern California between homes and a recording studio and I in downtown Nashville.

When I asked for one of them to give readers an “elevator speech” as to who Honey County is and what they sound like, Katie responded:

“We are a female trio that loves to rock out on stage and write songs that touch people. And we love harmonies and we love guitar solos and everything in between. I mean, we get Dixie Chicks a lot because we are three girls. But I honestly don't think we sound anything like it. We love Little Big Town and Keith Urban and Dan Shea and all these awesome groups coming out. But I mean, I think Little Big Town, overall, is our overall favorite. The songs that they choose, and their arrangements and their lives show everything that they do. It's just so tasteful. And we'd love to be like them.”

With their career almost immediately becoming a whirlwind, I asked what some of the biggest surprises to them has been, so far. Dani replied:

“I think I feel like every time we get booked for a show or festival or a tour or we get a song in a TV show or, every single time we do something new and it's received well, it's always a surprise because we have no idea how it's going to be received or what we're going to be working with. I would say the biggest - maybe not surprise - but the biggest honor that we received is that we didn't know we were going to be going into this year was working with Stagecoach on the song, Country Strong. And that was something that was a bit risky for us to do. Because when we were obviously honored to do it, we had no idea how it was going to be received.

I was struck by how quickly Honey County has garnished so much positive media exposure. I asked what they attributed that to. Katie shared: 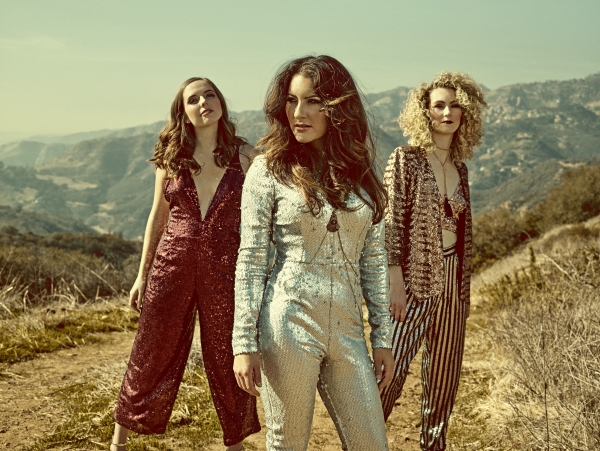 “Dani is the hardest working person I have ever met in my life. And we also have a manager who is the second hardest - well, they are both equally the hardest working people I've ever met in my life. They really hustle and work hard to push everything that we do. And I’m just blown away by how much they do for us. And we do all of this without a label. It's just, you know, in-house. I think that they don't give themselves enough credit, but they really work as hard as they can.

As for how the Costner/Yellowstone opportunity manifested itself, Dani said:

“About, I would say five plus years ago, I was at a party in Los Angeles - at one of our girlfriend’s birthday parties - and I met a really funny woman. We shared this love of dogs. We were just talking about animals and dogs in particular, and she was telling me about her dog that she loved. And we just kind of bonded over that. And it turned out that she was a music supervisor. She asked me about what kind of music I was doing. I was like, ‘Ah, you know, I'm starting this band’, et cetera, et cetera. And one thing led to another.

“We became friends. She was looking out for our music and she became a fan. Her name is Andrea von Forester. She reached out and she said, ‘Hey, I have a place for your music. I really love Honey County. Send me all your music. And I'm working on this new show called Yellowstone with Kevin Costner.’ This was two years ago. So right before or just as Katy was joining the band and I was like, ‘Oh, this is pretty rad’.
“I didn't hear anything for two years. And, then, about six, seven months ago, she reached out and she said, ‘Hey, I finally found a place. It's in the second season of Yellowstone. And it's perfect because we're just starting to get a lot of attention on this TV show. And I think it'll be a really great spotlight for you guys.’ And we're, like, ‘Yes!’

“And the great thing was, she didn't find a place for just one song. She found a place for two songs also. It was really special. I mean, bands don't get to have two songs in an episode. You know, they're lucky if they get to have one. So, we were very, very lucky.

“One of them is called, Love Someone, which is amazing. It's a beautiful song that Kati had written. And it was also featuredon the final season of Nashville. It just goes to show you how credible that song is. And, then, the other one was a brand new one called, Under Your Influence, which we just released. We decided we hadn't released that song yet. We really loved it. We were kind of sitting on it and we needed a reason to release it. And this was as good as ever of a way to release that. We put it out with our buddy Spencer Crandall, who's featured on the track.

“it was really pretty surreal. I mean, we've had songs on TV shows, like I said, Nashville, and we've had songs, the NFL and on HBO's True Blood. But we'd never had a song with somebody like Kevin Costner on a series. And, so that was pretty cool. I think that also goes back into the ‘any surprises’ (question). That was a big surprise, I guess.

As for feedback on their music – especially their latest single, Katie said:

“With the latest single we've had some awesome feedback. I mean, we just released it. So, it's been a couple days, but so far, it's been really exciting. We've gotten over 5000 streams on Spotify, even more than that on Apple music. We were added to the hot tracks on Apple, which is a huge honor. You know, we're really grateful for the team over there. We're going to be talking with Rolling Stone later today about the song and the placement in Yellowstone.

“So, it's been really cool and the scene that we've had it in in the series, Yellowstone, was really pretty epic because you have this racial issue going on. This woman, this Native American woman, is in a very snooty store in the strip somewhere in Montana. This store owner, the snooty store owner, sees her and judges her based off of the color of her skin and her race. She says that she's been shoplifting when she knew that she wasn't shoplifting.

“So, it's in this very heartbreaking scene. You have the police coming in and they're like, ’Well, were their cameras/’ and the shop owner says, ‘No, there's no cameras, but we're going to have to strip search her anyway.’ You've got our song playing in the background and is singing, Under Your Influence. There's so many messages going on at the same time. It was is pretty surreal to hear that. The response has been really exciting. We're so excited for more people to hear it as the days continue.”

“We are back we are back in the studio. I've we've been working really hard on some new songs. All three of us. I'm actually at a mixing session right now to get one of our new songs mixed. We’re hard at work, getting new material together that we're really, really excited about. It's been so much fun to put it all together. That's what's my that's on my radar. We've got some really cool shows coming up.”

Devon added, “Yes! And we’re going to Australia in November - a new country festival called Hometown Fest, which are stoked about.”

And it is quite safe to say that when you listen to Honey County, you will be stoked about them, too. Check them out in more detail at their website, HoneyCounty.com, where you can also order their incredible music.