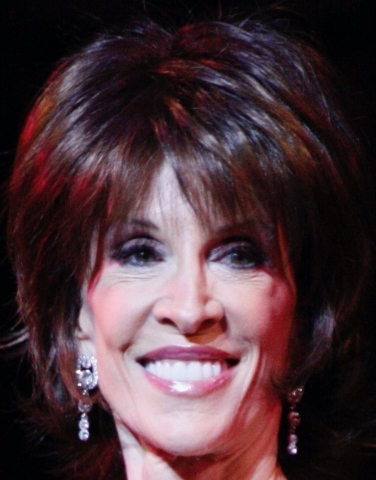 Baby boomers certainly remember the great days when quality TV programming was available. Some of my earliest childhood memories was watching the Dean Martin Show and the Dean Martin Celebrity Roasts on TV with my parents. They were absolutely hysterical and entertaining.

For as far back as I can remember, one of the songs I heard countless times every Christmas season was Dean Martin’s 1959 classic, “Baby It’s Cold Outside”. I never gave it much thought past the fact that it was a great Christmas classic.

Times have changed and ‘tis the season of Christmas decorations, lists, sales, and songs. Last year, the Dean Martin classic (written by Frank Loesser in 1944) became the focus of controversy because of what is known as the “Me, Too Movement”.

According to Wikipedia, Frank wrote the song to be sung with his wife as a signal to holiday dinner guests that it was time to go home. It was first recorded by Ricardo Montalban and Esther Williams for the movie, Neptune’s Daughter. Afterwards, it was recorded Betty Garrett and Red Skelton, Pearl Bailey and Hot Lips Page, Ella Fitzgerald and Louis Jordan, Dinah Shore and Buddy Clark, and Sammy Davis, Jr. and Carmen McCrae before Dean Martin recorded his now-famous version.

Then, suddenly, the song was felt to be radioactive by many due to a perception by some that the lyrics portrayed a seduction. The controversy gained moment with the Me-Too Movement and the news that a Canadian radio station banned it from airplay for a period of time.

Last year, Dean Martin’s daughter, Deana, voiced her perplexity at the sudden “concern” about the lyrics of the song. 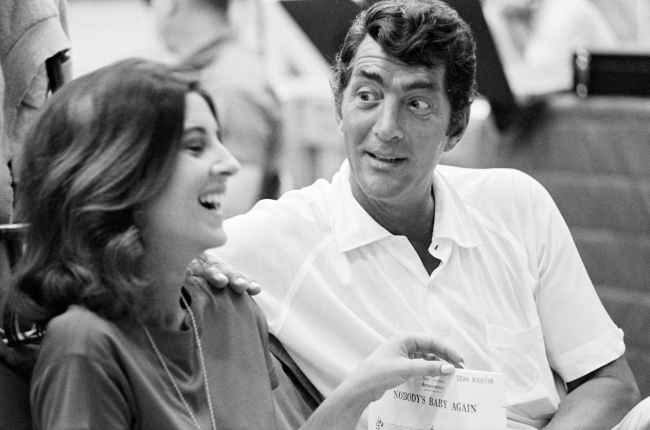 Christmas came and went, and all thought the storm over the song had permanently blown over.

Then it was recently announced that John Legend and Kelly Clarkson have re-recorded the Christmas classic in with politically correct/Me Too sensitive lyrics. Ms. Martin has, again, spoken up regarding her dismay about the past and new controversies over her dad’s hit.

Deana called me from her Beverly Hills home to discuss the hullaballoo as well as projects she’s working on.

Making small talk, we discussed our dad’s. We quickly learned that our dad’s share the same birthday. So, yeah, both of our dads are great, and Deana even wished my dad a happy belated birthday. The smile now permanently on my dad’s face is genuine and permanent.

We shifted the focus of our chat from our dads to “Baby It’s Cold Outside” and Deana’s thoughts about it.

“Well, the whole thing is so funny because I thought we were over all of this last when it was banned from, I think, a Cleveland radio station. I saw that on my iPhone or something. So, I tweeted, 'I think this is insane. You know, what do you think? This is crazy.' And all of a sudden, it went viral. I mean, it was just, you know? Nuts. People were calling me to do TV shows and radio shows all over. I just I could not understand. It was just so bizarre to me that they're going to pull that song.

“And after I tweeted it and started doing all those radio shows, the song was put back onto all the radio shows and it went to number one. I had two hundred thousand texts and tweets and emails - positive ones. Nothing negative, which is really good. You know, it's like, ‘You go, girl!’

“That was last year. And then, all of a sudden, I find out that John Legend has re-written the words, he changed the lyrics. I adore him. I think he's a fantastic entertainer and musician. And, Kelly Clarkson, she's spectacular. What a voice and what a personality she has! But I thought, you know, it's gone way too far with the P.C. police,

“I'm all for the Me-Too Movement. But I think that we've all gone insane. And when I think why on earth would he want to change the lyrics to a classic from 1944 – a Frank Loesser song? It won the Academy Award. That's what I'm telling you. But I think what he did with changing the lyrics, he made it sexual when he said, ‘It's your body, it's your choice’. I'm thinking, ‘Wait a minute.’

“To me it was just preposterous that he would even do that. And I understand that it was written 60 years ago and there's different sensibilities now. But it still irks me that he's changed the lyrics for just a fantastic, evergreen, classic holiday song. But I do understand what he wants and what he's trying to do. And he's a he's a good guy. But, you know, when I think, ‘Why is he changing the lyrics to that fabulous song?’ It was perfect the way it is. He's a good writer. He could write his own song. He could do some Christmas song. So, that's how I feel.

“People have asked me about what would my dad think. My dad was so cool and laid back. He wouldn't have thought 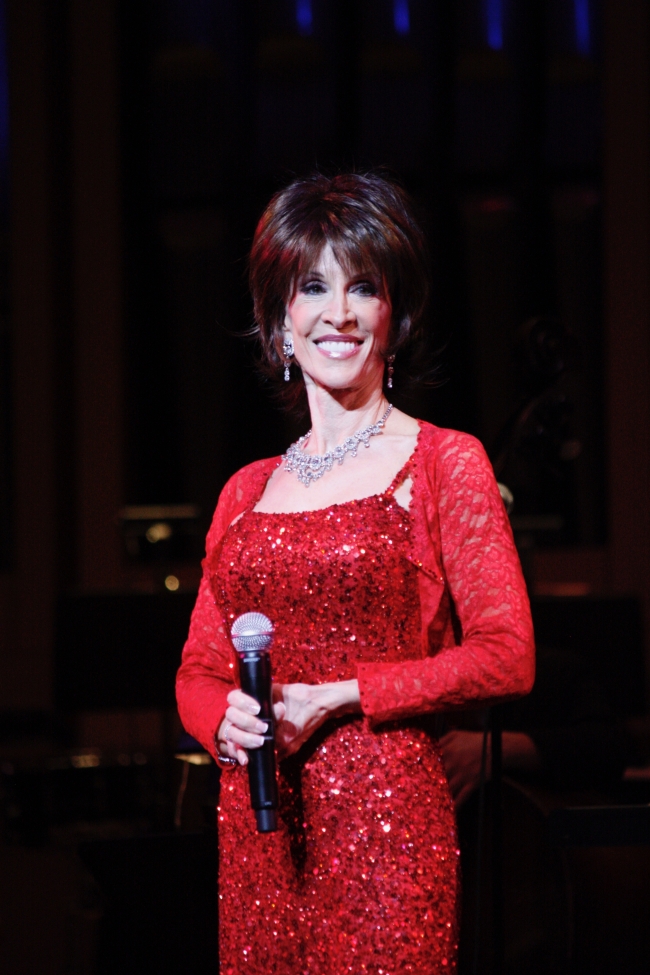 anything about this. He was, ‘Okay, whatever you want to do is fine.’ He was over all of that. He wouldn't have said anything about it.

“I was asked a question today that I hadn't even talked to my grandsons yet to see what they what they thought, you know? They're 21 and 16. And so, it would be interesting because, last year we all talked about that. But now this is a whole new spin on an old, old story. I would like to hear what they have to say.

“I have not heard anything negative on my side, which is great, because it's a timeless classic. My dad did it and so many people have sung this song. I'm going to be singing it tomorrow night. I'm doing a big event at the Italian Museum in New Orleans tomorrow and I'll be singing, ‘Baby, It's Cold Outside. Then, I'll be singing it in Las Vegas. I have my holiday show December 8th, my Christmas show. So, I’ll continue to do it. Now, whenever I sing the song, I get a standing ovation and people are just cheering everywhere because they want to hear the original one just the way it was written by Frank Loesser.”

Talking about her shows teed up the perfect segue question: What’s on her radar for the next year or so?

“Well, we have so much on the radar. In fact, I believe we're going to be doing a Broadway play called, ‘Sunny Side of the Street’. It's about Jimmy McHugh and Dorothy Fields. They wrote all those fantastic songs like 'I Can't Give You Anything But Love, Baby’ Hundreds of songs. I'll be Dorothy Fields and that'll be on Broadway. It's next year. I also I travel all over doing Deana Martin's Celebrity Roasts. The last roast we did was with Joe Mantegna. A lot of his crew and cast from Criminal Minds came on. I had Joe Piscopo and Tommy Dreesen. We roasted him and it was spectacular. It's something that we are doing in different venues. It can be for corporate dates. It doesn't have to be a movie star. It could be a football player or whatever. It could be the CEO of some company and you know that there are some people who want to roast him. I'll bring my comedians. It's a fantastic event. It's spectacular for me to be able to do that and keep that alive. Carrying on the Dean Martin Celebrity Roast is something that's fabulous - with the Deana Martin Celebrity Roast.

“I have about five songs that we are putting on the new album. One that L. Russell Brown just wrote for me called, “Mr. Moon”. L. Russell Brown wrote, ‘Tie Yellow Ribbon Round the Old Oak Tree’, and ‘Knock Three Times on the Ceiling’. I mean, he's a fantastic writer, right? He came to some of my shows and I’ve recorded some of his songs. He's just written this new one, ‘Mr. Moon’, which is fantastic.

“We're just so busy traveling, traveling around, doing shows. And as I say, I'm doing this tomorrow night and, then, I'll be in Las Vegas on December 8th for two shows. There's so many I can't even think it's on my web site if you want to go on. I don't post the corporate dates. But on my other shows. We're going on tour in Australia, February - I think the first week in February. I'll be doing eight to 10 shows there. I did it last year. I tell you, the audience in Australia is hysterical. They're fantastic. And, in fact, later today, I'm going to be doing The Australian Today Show. And so, I'll be talking to them, which is fantastic. So, it's just a lot of a lot of work. And I enjoy what I do. It's the packing and unpacking that's kind of tough.”

Will the Deana Martin’s Celebrity Roasts be available on DVD for fans to buy?

“We will be (offering them). We will be doing that. It was difficult for the Joe Mantegna roast because you have so many actors and people who work on the show. We have to get a lot of releases and everything. So, this was this was the second one that we had done. It was just spectacular. People who could not be there sent in videos that were hysterical and people. I'm trying to think of his name, but he sent one in. He did a great video, but he said the name wrong. He thought it was for Joe Montana and started talking about football. It was really good. He planned it all that way. I got a letter from Andy Garcia that I read, and it was hysterical.

“So, it's something that we will be doing a lot more of and people are dying to dying to do it. It's just fun to be able to bring that back. And, you know, when I think of Foster Brooks. Good heavens! Where he played 'Are you a pilot?' when he was in the bar. I mean, just all of the people who were on his show and they're friends. I had Rich Little who came on and he roasted Joe. And, as I said, Tommy Driessen and all the people who are just spectacular!”

You can keep up with Deana year ‘round at her website, DeanaMartin.com. Do catch one of her shows if you get a chance. And, if you do, tell her that Boomerocity sent you.