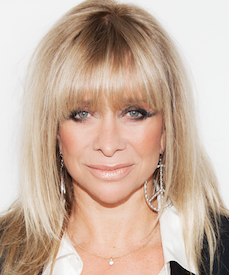 There’s a line in the Elton John song, Philadelphia Freedom, that says, “I used to be a rolling stone, you know?” In a different context, that line could apply to Jo Wood. In the 32 years that she was partnered and married to Rolling Stones guitarist, Ronnie Wood, she was as much a Rolling Stone as one could be without actually performing in the band.

In that time, Ms. Wood amassed a near-infinite number of photos (“snaps”, as she calls them) of her life with Ronnie and the Stones. After much badgering from friends and family, she was finally coaxed into gathering a fraction of those photos and compile into a book entitled, “Stoned: Photographs & Treasures from Life with the Rolling Stones” (see our review of it here).

The book is an amazing collection of truly insightful and intimate behind-the-scenes views into the Rolling Stones family. I will go as far as to say that it is the most insider photographic peek into their world to date.

I had the privilege of chatting with Jo by phone, reaching her at her home in the idyllic British countryside to which she had just recently moved to and was still in the process of unpacking.

After comparing notes on such things as country living in our respective countries, losing a parent (she lost her mother a couple of years ago), visiting our fathers and family, and other life-matters (such as her ten grandkids about whom she says, “I adore them all!”), we got down to chatting about “Stoned”. Jo shared that the initial buzz is all positive.

Jo then shared how the book was started, came together, and how long it took. 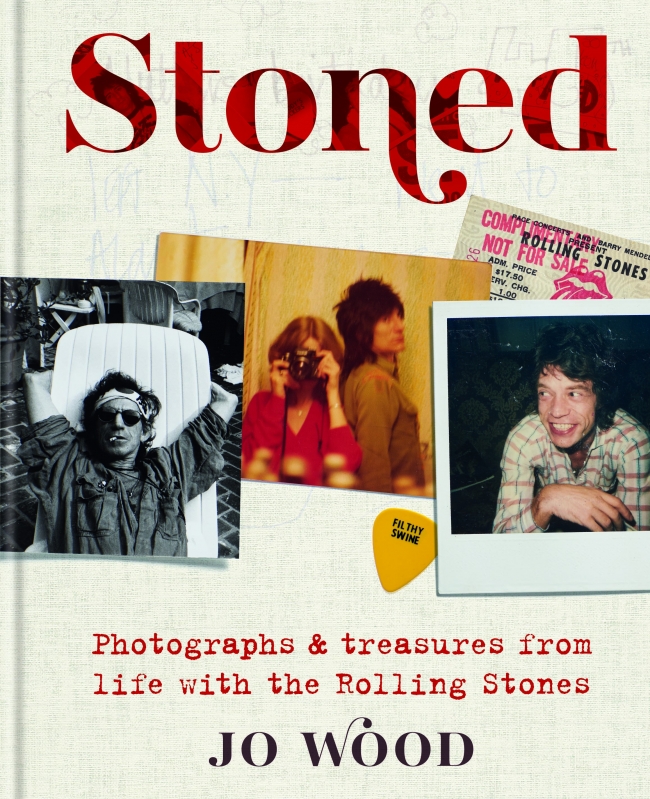 “Well, of course, I've had those pictures in boxes and albums for years and years now, and I started putting them on Instagram. A very good friend of my son in law, Jon Bennett, is an ex rock journalist. He pops over to the house. And I was just going through just a few - I just piled on the table and going through them. He said, 'Oh, my God, Jo! These are great pictures.' I said, 'Yeah, I've got loads of those boxes of them, Jon.' And he said, 'Come on, let me see.'

“So, I brought a box down and we started going through it and he said, 'You have got to do something with these pictures.' I said, 'No, I'm just going to put them on Instagram. My kids can sort them out when I'm - I can't do that.' And he said, 'No, Jo, you've got to.' He nagged me so much. And then he dragged me off to a publisher and I thought I'd go just to see what they would say. And they loved it. And they said, 'Come on, let's do it.' I went, 'Oh, my God.'.

“So, I told Ronnie. I said, 'Ronnie, I'm going to do a picture book with all my old snaps. He said, 'Fine, just let me see it so I can edit it.' I took it to him before when I got the draft done. He just took out one letter from 1978 from the accountant, saying, 'Here's an advance, 250 dollars.' He said that was irrelevant to the book. I said, 'All right. You're right'. Then I sent it to Keith and Patti (Richards), as well. Patti took a couple of pictures out of her that she didn't like, and they said, 'You're good to go.'

“Ronnie looks great in all of the pictures. I knew he'd like it.

I told Jo that the collection showed for the first time that there is this tight knit camaraderie, family type of feeling within the Stones organization, despite the fact that there's this reputation of being the bad boys of rock and roll. She validated those observations. 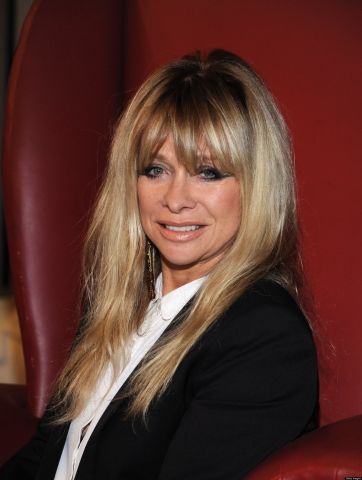 “You know, we're always like a family. They have - I think when you spend a lot of time with people by going on tour day in and day out, month to month to month, you become very close to them and you share so many memories. Yeah, we are like a family. Even though I'm not with Ronnie anymore, whenever I see him, you know - he's my great friend all through the years. And the same with Patti and Keith. I adore Patti. I'm in contact with her all the time. We shared so many memories. We are all really good friends.

Regarding how long it took to sort through the photos for submission to the publisher, Ms. Wood said:

“Well, once I had sat down to make a really made a big effort, I had to take loads of albums and just sort them out, really; go through boxes; find my old diaries. I had everything on the table, a big table, and I just started putting them into sections first. And then, once I got my favorite ones - there was so many of them. Anyway, I put them all in folders, so it had some chronological order. And then I took it all to the publishers and they said, 'We will do the final edit because you're too close.' Because I was like, 'Oh, my god! You've got to use that one! Oh, don't get that one!' They said, 'You're too close, Jo. Step away. We'll do the final edit. Otherwise, you'll have thousands of pictures in your book.'

I asked Jo if she could tell me what her three favorite photos in the book are.

“Yeah, I think Ronnie and Keith asleep on each other. I love that one. I love Ronnie and Keith walking backstage. I've made it into a print. I love that one. Which other ones do I love? I love the one – it’s bit a bit tattered and battered - but it's Keith by the tuning room door. Yeah. Yeah. So those are the ones I like. I mean, there are so many of them that - I love the one of Keith with Angela (Richards), Keith and my daughter. I love that one of Ronnie asleep with a saxophone and a bottle of beer. Yeah. There's lots of them. I love, actually. I have seen those pictures for so many years. It must be nice to look at them for the first time.

Is there anything that Jo feels that the fans will be particularly amused with or surprised about or shocked to see within the pages of Stoned?

“Gosh! I don't know. Maybe us all having such love all the time. We really did have lots of love. Maybe they will enjoy that note that Keith said, 'Jo, I owe you two Derringer pistols.' Ha! Ha! That is so Keith.

Is there anything about the book that isn't readily obvious that she would like readers to know about in the book?

“No, not really, because the pictures tell the story. Now, when you just look at the pictures - I mean, I didn't really want to write as much as I did, but the publisher said I had to. So, I just wanted it to be all pictures. But I think when you look at them, they tell the story themselves. I really don't need to say much about them.”

As for plans for a “Stoned” sequel, Ms. Wood said: 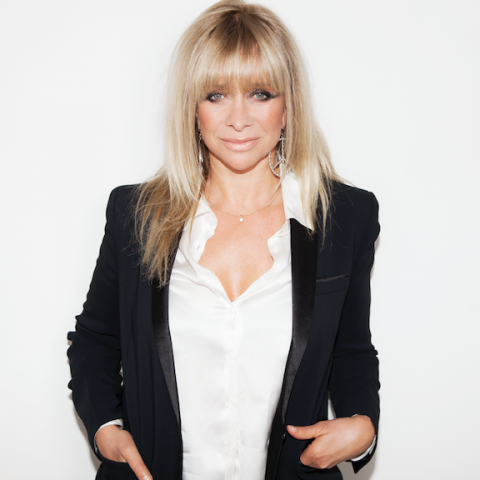 “Easily, I could do a sequel. But let me see what the publisher says.”

Jo shared with me what is on her radar for the next year or so.

“I do a podcast called, Alien Nation, where I interview different people from celebrities to the man on the street about UFO experiences and abductions and all that, I'm fascinated with that. I spoke to Dan Akroyd, Robbie William. Shaun Ryder . . . just to name a few. That's ongoing.

“Then next year - because I'm mad about organics - everything organic as far as organic - you know, you clean up the world when you buy good, natural product. I'm bringing out my skin range next year. I've already got candles, body oil, and fragrance. So now it's going to be the skin range. And you know, I work a lot with my son Tyrone, because he has this charity called Project Zero, which is all about saving the oceans. Next year we got a big concert at the O2. That's like a Live Aid for the ocean next May. So, watch out to that.”

When I asked if she could share who will be performing at that concert, she playfully said in a sing-song way: “I'm not allowed to say.”