Pam Tillis Is Looking For A Feeling 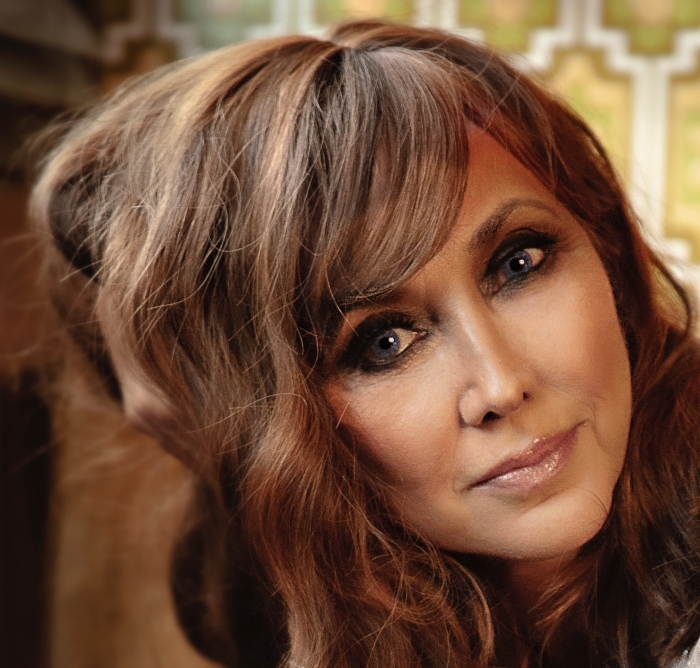 Photo by Matt SpicherLike many of you Pam Tillis fans, I first became aware of her music in 1991 with the release of her album, Put Yourself In My Place. Being a fan of her famous dad, the late Mel Tillis, it was easy to become a fan of Pam’s. Talented, beautiful, and engaging, she made lifelong fans the world over.

Pam has a new album out entitled, Looking For A Feeling, that, once again, knocks it out of the park with great, well-written, genre-blending, and stretching songs that will have you slapping the repeat button on your media player countless times.

The new album afforded me the opportunity to chat with Pam recently for the first time. Connected by phone while she was out and about in the Nashville area, first and foremost to be talked about was how the recent tornadoes and the current pandemic were affecting her.

“The only effect in my neighborhood So, you know, when I go anywhere in my neighborhood walking or going to the store, whatever, I go by a considerable amount of damage. And there's been some of my favorite businesses impacted and then the crazy thing is that it rolled right into this pandemic. And so it's just been - pardon my French - a ****storm.”

Bringing our conversation to the subject of her new album, I shared with Ms. Tillis how much I love it and how great the songs are.

“I just I'm so thrilled to hear that kind of comment, because I kind of, I don't know, I guess in some ways unintentionally, but in some ways intentionally. I kind of live in my own little musical bubble a little bit. You know, I was on the road all the time and I get - it's funny, sometimes I'll get tired. I’m funny about listening to too many other artists, like when I go in and make a record, I don't want to listen to too many current artists because I don't want to be influenced. I've actually heard a couple of other people say that I want to be, I want to be unique and I want to, I want to try to do my own thing, but I did kind of pull from my influences of the past.

“But anyway, I worked really hard on that record and you don't know ever know how it's gonna be received. I was actually pretty nervous about it because it isn't like everything that's in style. It's just me doing me. I've been really thrilled with the reviews but it’s frustrating to not be able to get out there and promote it live. I think it will perform great live. I really do. I’ve some of it a little bit. I did have one concert with my trio and that was good. But, you know, it would just be so great to just do the whole record with the band. Hopefully, it'll find its way into people's hearts.”

I asked Pam which song on “Looking For A Feeling” would she point to as a calling card for the whole album.

“Wow. Well, I really love, ‘My Kind Of Medicine’. I really love, ‘Burning Star’. I think those things are kind of indicative of the breadth of the record; you know, the span of it.”

When I shared with Pam that I love, ‘Scheme Of Things’, ‘Looking For A Feeling’ and ‘Karma’, she chimed in:

“That’s great and it's funny, there's two songs on the record that are actually kind of polarizing. People either love ‘Karma’ and they go, ‘Oh, this is so catchy and I love it.’ Or they go, ‘Why is this song on this record?’ I have these songs and I'm like, ‘I'm not gonna wait till I think - sometimes you just gotta go with it! I mean, it's not a concept album. It's just a snapshot in time. I mean, it's always nice when everything perfectly flows and relates to each other. Every album’s not like that. As long as it felt strong, I went with it and that song is a good recording and I think it’s some of my best vocal work so I put it on there.

Pam said this about the feedback on the album, so far:

“A lot of strong, strong reviews. People are going, ‘This is genuinely good.’ I don't know. I mean, I always try to do the strongest record I can do but this one seems to have - people seem to think it's really credible and relevant. Everybody can tell that I didn’t phone it in.”

When I told Pam that the album cover was hot and that a lot of guys would likely purchase the album just for its cover. She laughed and said:

“Either that or Oreo cookie sales will go up! Ha! Ha! If it was the old days with radio, I’d send out a CD and a pack of cookies with it. Ha! Ha!”

As for what’s on Pam Tillis’ radar for the next year or so, she shared: 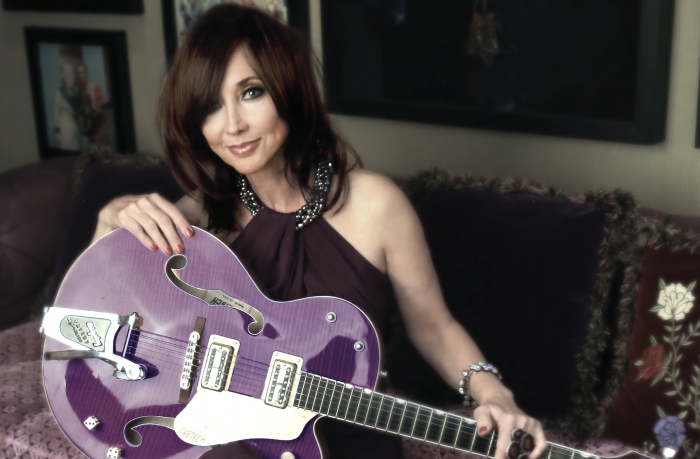 Photo by Matt Spicher“Honest to God, nobody knows. Nobody really knows. I feel like if you want to hang with your career, you find a way to connect. All bets are off; all guarantees are off. I’m wondering if even some of the smaller venues would become a thing; like where it would really be - I mean, we're talking about really select audiences. Or if there would be a thing where they would let people come in like at outdoor shows and they have little dots and you just stay on your dot. I just don’t know.”

At the time of our chat, there were rumblings about shows at drive-in theaters to which Pam said:

“Well, we’ve got parking lots. Why not set up there? They're just trying to figure out like the bathroom situation. I talked to my agent this week, and he mentioned that and I'm, like, ‘Wow!’ but you know, it's gonna take some figuring. To tell you the truth, I know our culture - we always try to live at warp speed but it's gonna take a little bit of time to figure this stuff out .”

Because Pam has a unique perspective of the music business not only based on her career but also on that of her dad’s, I asked her what she thinks the best and worst changes she’s seen in country music.

“I would definitely say that the protection of intellectual property got away at a certain point. The record companies and the performance rights organizations really let the songwriters down. They didn't get out in front of the streaming platforms. You know, you can't stream a video game for nothing. You got to go out and buy it. There are people that say, ‘Why should I pay for music?’ They act like it didn't take anything to write a song. You devote your life to writing songs. You write 1000 songs to get one good one. They just don't understand what goes into making art. I feel bad for the new artists because you know and now, until we can get back to working on the road, just the way the business deals are structured for new artists, the record companies want half of their merch or all their merch and they won't have their songwriting publishing, what's left of it. I mean, it is just really challenging for new artists; really, really hard. So, I'd say that those two things are the worst things.

“The best is there's a good side to all the technology. You can reach more fans. You can have an instant impact. Country music's bigger than it's ever been. I mean, it's so popular. It truly is America's music. I think that, in some ways, radio can be real restrictive creatively. But if you think about it, the boundaries are getting pushed creatively. A song like, ‘Down the Old Town Road’. I mean, that's, that's really defying genres. It's combining different genres in fresh ways. I think that's very positive.”

With that, I asked Pam what she would do to fix the music business if she was made Music Czar.

“I would make sure that songwriters got paid. I think that you know, even if they met people halfway with these streaming platforms, it would be a 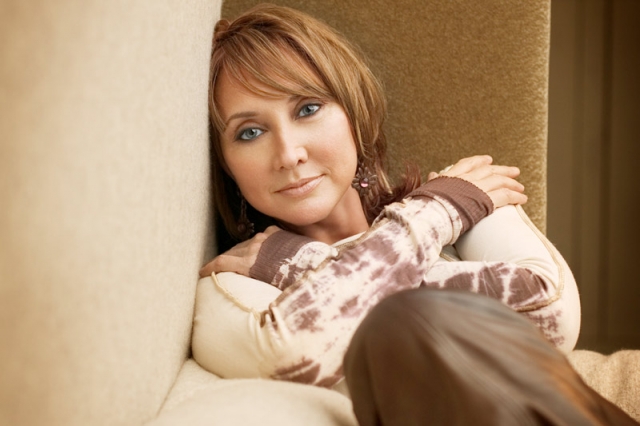 game-changer. Pay people something! I mean, it's just hardly anything. It's just shocking.”

Wrapping up our fascinating call, I asked Pam Tillis how she wanted to be remembered and what she hoped her legacy would be.

“Wow. Well, if you're talking to artists to artists, it's a little different than the way you might phrase it to your fans. But to put the best, to give your best is, is an act of love. And to make music that has integrity and has meaning to people, that's a big deal. To make a song that means something to somebody and they've made it part of the soundtrack of their life, it’s a reason people show up at your concerts. And the things that they say to you about, you know, “You were my first CD I bought or my first cassette I bought, or, I wore this record out’. When it becomes a part of their life, that that's just an amazing thing to get to be a part of. And, you know, you can't let go to your head because it took a team to get you there. It took all the musicians that played on your record and all the songwriters that you co-wrote with or recorded with, you know? It’s very much a group effort that got you there. Just the willingness to show up in the world in that way. There's sacrifices involved. I learned that from having a famous daddy. But to just give your best and to really care because, just like this record, there's so many times I could have just taken the easy way out on something. And I didn’t. I just couldn't do that.

“I do some mentoring. There's a school here in Nashville - in Franklin - where I work with young people that want to be an artist. And that's one of the very first questions I asked them is, ‘Why are you doing this? What's your motivation?’ It's really important because, so often, it can be a parent pushing you into it, or peer pressure; something that you've seen somebody else do. You might be emulating somebody. As a young person, those are good questions to ask. And as an old person, those are good questions to ask. I ask myself, I'm like, there's a lot of - I call it noise that’s being put out on a daily basis. It’s like, does anybody need more of anything, you know? So, I have to be really clear on that.”

What is definitely clear is that Pam Tillis is still putting out great music worthy of our attention, in addition to our listening libraries, and airtime on radio. You can order Looking For A Feeling by clicking on the album’s icon. Keep up with Pam by visiting her website, PamTillis.com. Be sure to catch one of her shows should she be performing near you. If you do, tell her that Boomerocity sent you.