Cindy Blackman-Santana Asks, 'Give The Drummer Some' 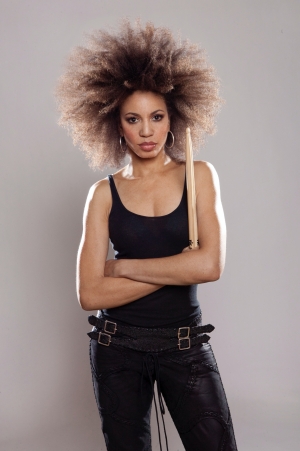 One of the biggest compliments we can ever receive here at Boomerocity is when an artist sits for an interview with us – especially more than once.

Such is the case with world-renown drummer, Cindy Blackman-Santana. She is the driving rhythm for guitar greats Lenny Kravitz Click Above To Watch The Interview as well as for her husband, Carlos Santana. However, she’s making quite a name for herself with her own notable solo work.

We interviewed Cindy the first time almost two years ago (here) when she released her album, ‘Africa Speaks’. During that interview, she spoke of another album she was already working on, ‘Give The Drummer Some’, which happens to be the main subject of our more recent chat with her earlier this month.

As during our last conversation, she was quite conversational and very generous with her time and was willing to share insight into her life and her craft.

Below is the press release for ‘Give The Drummer Some’ but, suffice it to say, we strongly encourage you to pick up copies of the album – not only for your own listening library but also as gifts for the music fan on your holiday shopping list. You can order it by clicking on the album cover on this page.

We hope you enjoy the interview and share it with your friends!

Virtuoso drummer and vocalist Cindy Blackman Santana will release a 17-song tour de force album on September 18, 2020. The album highlights Cindy's incredible versatility both behind the drum kit and in front of the microphone and features the creme de la creme of guitarists, including eight songs with Carlos Santana, two songs with John McLaughlin, three songs with Vernon Reid, and one song with Kirk Hammett. With multiple tracks produced by Grammy Award-winning Narada Michael Walden, the album is an eclectic mixture of old school funk and radio-friendly rock/pop combined with rock and jazz instrumentals.

Order Your Copy By Clicking Below 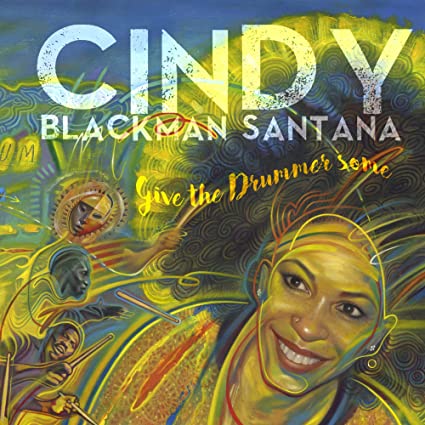