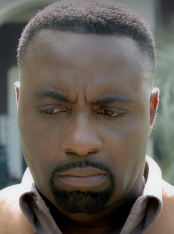 If you’ve read Boomerocity much at all, you know that we typically focus purely on entertainment and the artists who produce it. However, I was recently given the opportunity to preview a rough cut of a new film, Negative Exposure, and interview its creator, Eric Davis.

Negative Exposure is timely with all that we’re seeing on our TV screens and news feeds online. What I particularly like about this movie is that it exemplifies a phrase and method that I say and use when dealing with conflict resolution: Put the shoe on the other foot.

The reason why I chose to chat with Eric about this movie is because I genuinely, sincerely believe that not only can there be substantive, productive dialog that will lead to solid solutions to the racial divide that our country is currently experiencing. After watching ‘Negative Exposure’, I feel that the film can be an effective and useful tool to initiating the appropriate dialogue towards real solutions.

Please watch the video of our interview with Eric Davis. Then, when you can closely watch, ‘put the shoe on the other foot’ and click on the movie poster on this page to rent or buy ‘Negative Exposure’. 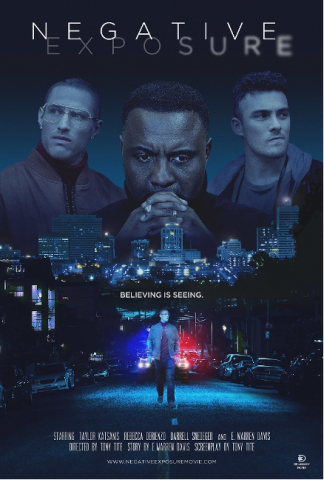 Click Below To Rent Or Purchase This MoviePROLOGUE
​
American history has had a significant and symbolic role in shaping the attitudes within society. Racial and socioeconomic stereotypes have emerged from constructed beliefs created out of bias, ignorance and intolerance. The need for a conscious awakening and exploration of a paradigm shift is long overdue.

THE STORY
​
“Negative Exposure” is a compelling and heart-wrenching story that could take place in any urban city in America. Jayson Gresham is a white man trapped in a cycle of poverty and despair amidst daily occurrences of police brutality and harassment from officers who disdainfully refer to community residents as “unruly animals”.
​
Gang violence, drugs and spiritual decay haunt Jayson’s community, and as a single father of a baby girl, he desperately wants to break away and build a better life for his daughter.
​
Jayson’s dreams come crashing down when he is forced into a dangerous confrontation spearheaded by the privileged black son of a local elite, religious leader.
​
Negative exposure is a film that does not play down to the audience as it cleverly deals with issues of societal complexities while providing answers and solutions to racial, religious and ethnic tensions as are seen today.