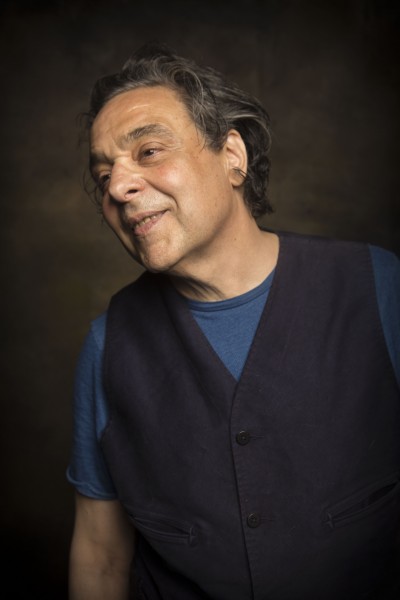 Boomerocity LOVES chatting with artists – especially singer/songwriters. What a pleasure it was to chat for the first time with Jules Shear. Some of you will know his songs recorded by Cyndi Lauper (“All Through The Night”), the Bangles (“If She Knew What She Wants) or Alison Moyet (“Whispering Your Name”).

Over and above having his songs recorded by other stars, he has been a successful and prolific singer/songwriter himself. His latest, “Slower”, is an excellent case in point. The release of “Slower” afforded us the opportunity to chat with Jules. It was a fun talk that we think you’ll enjoy watching/listening to.

Below is the press release for “Slower” that also gives some more info on Jules that we didn’t cover on the call.

We hope you enjoy the chat. Please feel free to share the link with your friends! Also, you can keep up with Jules by visiting his website, JulesShearShow.com.
Click Below To Watch Our Interview With Jules 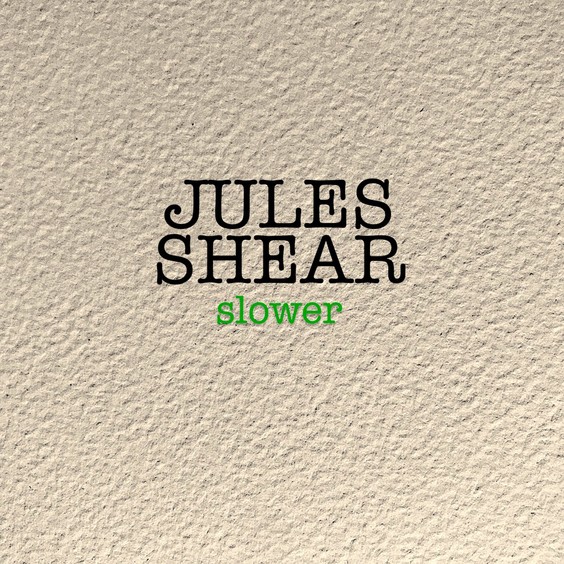 “I used to think no one could catch me,” observes Jules Shear on “Until Now,” a track from his first solo album since 2017’s One More Crooked Dance. “But now I’m slower.”

With no worries about radio airplay, streams, sales or even being cool — though he is, effortlessly — Jules Shear has been creatively liberated to pursue his very idiosyncratic muse on Slower, which may describe his current lifestyle, but certainly not his prolific writing pace. The album will be released on November 13, 2020, with the first single, “Smart,” set for digital release on October 16, 2020 via Funzalo Records.

“What else is there to do?”, muses the man who famously wrote Cyndi Lauper’s “All Through the Night,” the Bangles’ “If She Knew What She Wants,” and Alison Moyet’s “Whispering Your Name,” then made his name performing with the Funky Kings, Jules and the Polar Bears, the Reckless Sleepers and as a solo artist. “At this point, I’m just going to keep doing it in the way I feel like doing it. It felt natural to me, so I just kept going.”

Slower finds Jules trying to enjoy the present moment between past and future, yesterday and tomorrow, living and dying, “Hell and Hello,” whether he’s touting the joys of eating “Sugar All Day” (which begins with one scratchy guitar chord and includes a warm, plaintive harp solo from guest and fellow Woodstock denizen John Sebastian), pondering the onset of autumn in “Feels Like Fall,” or singing the praises of companionship in “It Came Down From Heaven,” “It’s Love,” and “Call It Love.”

“Make today like tomorrow for a little while,” Shear croons over the jazzy piano of the new standard of the same name, “Today Like Tomorrow,” then “I don’t know what time it is now/And I don’t know what time it was,” in “Pretty Please,” trying as best as a self-conscious guy like Jules can to be in the moment, which he addresses with the philosophical, tongue-in-cheeky “Smart.”

Much in the vein of his previous effort, One More Crooked Dance, Slower is yet another homegrown effort, again recorded at producer Lee Danziger’s home studio in Woodstock, a 10-minute ride from Shear’s home. The end result works as a whole, a throwback to the Great American Songbook and Tin Pan Alley, late-night Sinatra torch ballads for swinging lovers, as well as Leonard Cohen/Dylan-esque folk dirges, laced with a none-too-self-serious gravitas and a whiff of imminent mortality.

“These songs all started with words, no music, and then I try to figure out what kind of song they sound like,” says Shear about making the new album. “I’ll take it from there and start messing with it, filling in the gaps with melody.”

Slower is a personal album, offering an inadvertent glimpse into the fertile mind of Jules Shear. “You’re supposed to be angry and sad/Is that why people love your songs?” in “Between Hell and Hello,” a tiny glimpse inside the dark side of domesticity.

These days, Shear’s songwriting process is similar to a jigsaw puzzle, juggling lyrics until they click into place, then creating music to “fill in the gaps.” An old-school auteur in an age of multi-writer songs, Jules has tried to collaborate with others, but finds “I don’t think it ever turns out too good.”

A writer of some of the greatest love songs in pop music, Shear continues to explore a hard-won contentment. “I’m not embarrassed to write like that,” insists Jules, “I’m fine with it.” One of the album’s set pieces, “Feels Like Fall,” offers the perspective of someone much closer to the end of life than the beginning. “I’m just trying to be in the present,” he says realizing you can’t eat “Sugar All Day,” but must accept that even love comes with its conflicts. In the end, the process of songwriting proves its own reward.

“I feel like I have to keep writing songs; I don’t know why or what makes me do it, but the fact that I can do it and I like them a lot when I’m done with them, I just feel like I should not ask many questions and just forge ahead.”

Slower is Jules Shear unfettered, transparent and raw, forging ahead as only he can, with lyrics that engage the mind and melodies that touch the heart, which he’s been doing since his very first solo album, 1983’s Watch Dog, produced by Todd Rundgren, the first time Jules remembers being in Woodstock, now his permanent residence. That record included both Jules’ original versions of “All Through the Night” and “Whispering Your Name,” which became hits for Cyndi Lauper and Alison Moyet, respectively.

“I hope people discover these new songs and cover them,” says Jules. “That’s a really nice way to make a living.”