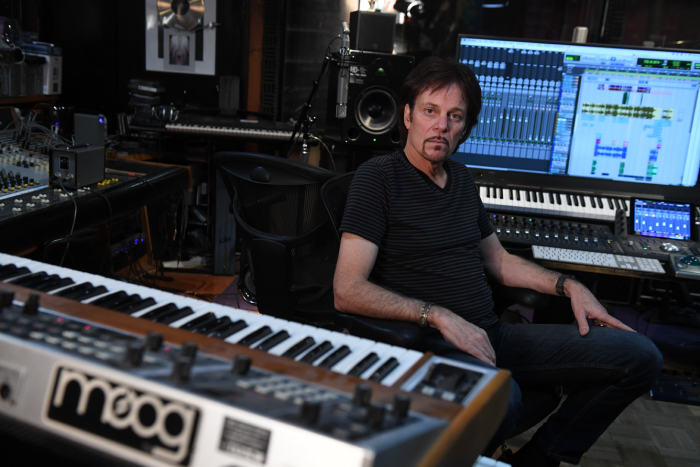 Long-time Boomerocity fans are already familiar with our friend, Robert Berry, from our interview with him a year and a half ago (here). Robert is a much sought-after producer/songwriter/vocalist/instrumentalist who has worked with the likes of the late Keith Emerson, Carl Palmer, Greg Kihn, Sammy Hagar, Ambrosia, Steve Howe, and many others.

This interview is primarily covering Robert’s final installment of the 3.2 trilogy of albums. This one is titled, “Third Impression” – the follow-up to 3.2’s 2018 release, “The Rules Have Changed” and is an amazing body of musical work! What’s especially great about “Third Impression” is the track, “Never”, that Robert and Keith Emerson worked on together before Keith’s untimely death.

“After garnering critical acclaim in his native Northern California at a young age, Berry eventually moved to the UK, where he met Yes guitarist Steve Howe and joined Howe in a revamped version of the renowned British rock band, GTR. Before disbanding, the band recorded a new album to which Berry contributed heavily on vocals and guitar, but the album was never released.

“While in the UK, he met Keith Emerson, who invited him to join the new line-up of 3. They released on Geffen Records in 1988 the album, To the Power of 3, which also resulted in a successful tour and the release of several live 3 concert recordings. The first single released from the album, Talkin' Bout, penned by Berry, reached #9 on the Billboard Mainstream Rock Tracks chart.

“Since their initial meeting, Berry and Emerson remained friends for over 30 years, meeting again in Los Angeles in 2016 to discuss the long-awaited follow-up release to 3. After Emerson’s death in 2016, Berry was left with his and Emerson’s final musical ideas for the project.

“The Rules Have Changed (a collaboration with Emerson under the band name 3.2.), was Berry’s triumphant result with the Billboard-charting album serving as both a tribute to his friendship and musical partnership with Emerson and to Berry’s impressive musical skills.”

Boomerocity hopes that you thoroughly enjoy this interview. Please feel free to share it with your friends and please do visit Robert’s website, RobertBerry.com to keep up with the latest in his career.

The Boomerocity Interview With Robert Berry