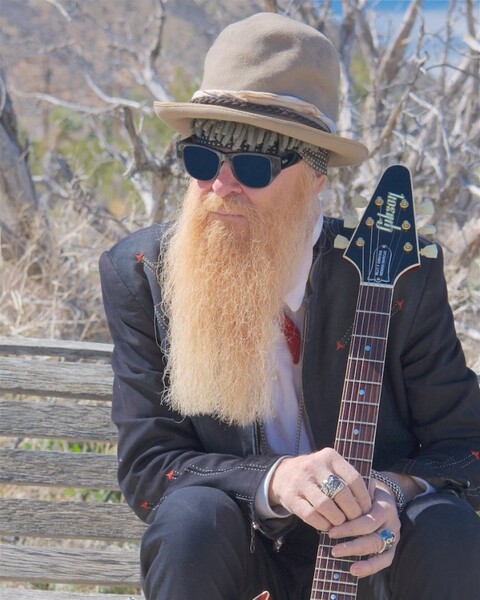 Note: Due to the manner in which this interview was conducted, you can either read the following or scroll to the very bottom of this page and watch/listen to an edited version of the e-mail exchange between Boomerocity and Billy Gibbons.

All these words come to mind when one hears the name, Billy Gibbons, from ZZ Top. I mean, c’mon! The guy founded and been in ZZ Top for over fifty years, plays great music, has very cool guitars, and has been in some of the most iconic music videos that ever aired on MTV . . . back when MTV played music videos.

Boomerocity had the privilege of interviewing Billy Gibbons a little over four years ago (here). Then, as now, the interview was conducted via e-mail and, while I, of course, would have much rather spoken directly with Gibbons, I was – and am – thrilled to be able to catch up with the fabled ZZ Top guitarist.

Because the Reverend Billy Gibbons has a new album coming out titled, “Hardware”, now was the perfect time to touch base with him again to chat about the project.

Billy answered my first question – which involved how he was weathering the pandemic – by saying:

“Well, it’s been a very unusual succession of ‘Taco Tuesdays’. The ‘BFG Three’ (“Billy F. Gibbons”) trio followed Matt “Big Beat” Sorum - who led us 20 miles overland into within shifting sands through California’s high desert, near the famed outpost in Joshua Tree, which found us making discovery of a recording studio. We got there just to check things out and ended up staying for three months!”

“Hardware” is Gibbons’ third solo album. I asked how this one is different for him to put together than the other two and the ZZ Top albums.

“This new outing can be thought of as a continuing excursion into the unknown. Lending ourselves to the creative energies of the desert found days turning into nights and back into day. It was the elegance of losing track of time to some extent. And, as the sessions in the studio began to unfold, the approach turned quite ecumenical. The first BFG solo album was aimed toward the sounds of Havana. The second release was all about the blues and this most recent, ‘Hardware', is anybody’s guess. I mean we have surf guitar blending into western film themes. Talk about something of a departure! Surf music in the middle of a bone-dry desert!?!? Go figure!”

“That might be somewhat difficult to answer right off the bat. However, I suspect we should start at the beginning. Side one, track one, is ‘West Coast Junkie’, and, no, it’s not about hard drugs but, rather our ‘jones’ for the California experience. We dig the surf and the sand and whatever’s in between. The lyric is somewhat autobiographical: ‘I’m a West Coast junkie from a Texas town and when I get to Cali it’s gonna go down’, and ‘gettin’ down’ became the order of the hour.”

“Desert High” is one of the songs on “Hardware” and the music video is on this page. As you can hear, it has a very Jim Morrison-esque vibe to it. I asked Billy what the story is behind the song.

“It’s the album closer and something of a collection of verse with a prose-like tone with, of course, references to ‘the Lizard King.’ The song paints a mind picture deeply inspired by the desolation of the desert. The Mojave really holds a place of mystery and intrigue and it inspired us to sum things up in a way not dissimilar to maybe a theme for some western film.

“Our pre-ZZ band, The Moving Sidewalks, actually shared performance bills with the Doors so there’s a personal connection in it as well. Similarly with Gram Parsons, also referenced in the delivery. We met Gram while admiring a vintage touring bus parked in front of a theater when he came over to chat about it. We thought he might have been the driver, but he introduced himself as ‘Gram’ and being in the band. We knew we had met the man himself.”

One of the songs on the album is, “Stackin’ Bones”, with duet, Larkin Poe. I asked Billy why them and why that song.

“Well, they’re just so talented and different, aren’t they?!? We met them through Tyler Bryant with whom we toured. Rebecca and Megan found their way to quite a few backstage sections at ZZ shows so we asked Tyler who they were. Turns out Tyler’s married to Rebecca. We then heard them play at a sound check and we were immediately taken aback. If there was going to be any guest musician on this album, it just had to be Larkin Poe and the collaboration with us is Click Below To Order Your Copy 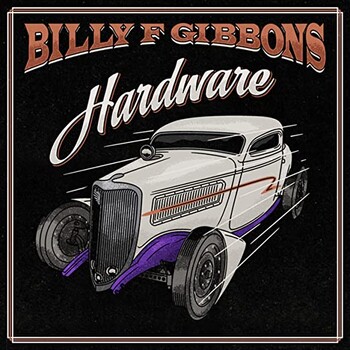 And what are the good reverend’s plans once the pandemic subsides?

“Gonna get out there with both ZZ Top and our BFG outfit as soon as the coast is clear. It’s way time to turn it up and play some loud sounds. As the scheduling return, live entertainment dates with — Matt Sorum, Austin Hanks and yours truly from the ‘Hardware’ sessions will be hitting the deck!”

In my last interview, I asked Billy how he wanted to be remembered and what he hoped his legacy would be. Since it has been a few years since then, I thought it appropriate to once again close with it.

"’He came in, he strapped up, he plugged in, he turned it up, he rocked out.’ Seems like a legacy of substance, no?

Yes, it most certainly does.

You can keep up with all things BFG at the good reverend’s website, BillyGibbons.com, and ZZ Top at, well, ZZTop.com.

The Narrated Version of the Above Boomerocity Interview With Billy Gibbons