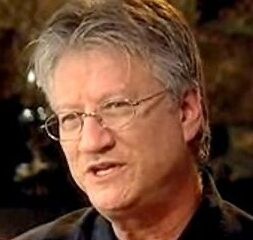 It’s always a compliment and a pleasure when one of the icons of our youth allows themselves to be interviewed by Boomerocity. How much more so it is when they sit with us more than once!

Such is the case with former Poco and Buffalo Springfield member (as well as Rock and Roll Hall of Fame inductee), Richie Furay. Boomerocity interviewed Furay once before six years ago (here). I follow Richie on social media and saw that he had a new CD/DVD set available and was raising money for a documentary. My Spidey senses told me that it was high time to chat with the Hall of Famer again, so I reached out to him, and he quickly agreed to an interview.

As you will see in the video, the conversation is laid back and easy. Richie is very approachable in person, on social media, and in interviews and is a wealth of information. While it’s one thing for me to say what a great guy Richie is, here are some quotes by others that I “borrowed” from his website:

Richie’s gift never left the fans or fellow musicians’ hearts. He is on the short list of guys that true musicians admire and follow, year after year.

It has been a rare pleasure to be able to call Richie Furay a friend after so many years. Like so many music lovers, I became aware of his work with Buffalo Springfield as a teenager in London in the late 60's and have been a fan ever since. Over the years he has added much to my musical experience via his work with Poco, Souther-Hillman-Furay and more recently The Richie Furay Band.

Our band, America, was heavily influenced by the writing and arranging style of Richie and these artists in our early days and when we first returned to the U.S. in 1972, it was a thrill to be touring with Souther-Hillman-Furay within a short time! He’s a great songwriter and has a beautiful voice....and a big smile! As a person Richie has always been an open and generous human being sharing the joy of making music with everyone...long may he run!

Throughout the formative years of our group America, the songs and voice of Richie Furay were a constant inspiration. With both the Buffalo Springfield and Poco albums, Richie was in “heavy rotation” in our world and remains so to this day.

Richie Furay really took me to another level. Richie mentored me. I watched how he worked as a songwriter and a singer and a performer.... and I really learned a lot just by being around him. I consider him one of my best friends, on many levels.

Richie Furay deserves his place in the Rock and Roll Hall of Fame. His contribution to American music is truly appreciated by his millions of fans.

Richie and I shared many wonderful times along the road to our collective and individual successes. "Kind Woman” and “Child's Claim to Fame” are the two songs Richie wrote during our times together with the Springfield, that still inspire me to this day. Enough so for me to sing and perform them in my set each night. My way of paying tribute to Richie as a writer and a warm reminder of the creativity we once shared together.
Richie was my best man at my wedding, which should tell you something about how I appreciated his talent and friendship. It was Richie and his wife Nancy who inspired me as a young man of 20 years of age, to seek out a loving and meaningful person to share my life with. Richie and Nancy's solid commitment to one another continued to inspire me for many years to come.

Richie Furay, one of the most talented people I have had the pleasure of working with over the years. As a singer/songwriter/musician he has blessed us all with his beautiful music for five decades. As a man he carries in his heart an unshakable love for Jesus Christ and a faith so strong that we can only hope to achieve. I love you Richie, you are a true blessing in my life.

Richie Furay was a pioneer of folk-rock, country-rock and soft-rock in southern California.

So, in case you are wondering why I am always so stoked to chat with Richie, you can see from the quotes of the dignitaries, above, that I am in excellent company (and there are many more quotes like those on Richie's website so be sure to check them out!).

As you will see in the interview (below), we talk a lot about the live recording at the Troubadour titled, “Richie Furay: Return To The Troubadour. It’s an amazing recording (both CD and DVD) and I strongly encourage you to order the set for your own library as well as some for gifts for the music fans in your life. You can do so by visiting RichieFuray.com. Some of the proceeds will go towards funding a documentary on Richie titled, “Through It All: The Life and Influence of Richie Furay”. Below the interview video is what his website says about the film. Please be sure to check it out.

The Boomerocity Interview With Richie Furay

Using a blend of interviews, rare photos & video clips, vintage recordings, and present-day footage, Through It All: The Life and Influence of Richie Furay is the untold story of a living legend. Widespread commercial and financial success evaded Richie, all while many other musicians he played with or influenced experienced hit songs and gold or platinum records. A combination of unfavorable circumstances, deficient management, inadequate record label support, and immeasurable chaos & drama, all contributed to Richie's frustration & stagnation as a working musician. Still, his influence is immense. Most noteworthy, at an Eagles concert in Denver a few years back, head Eagle Glenn Frey pointed Richie Furay out in the audience with the acknowledgement, “If it wasn’t for you, we wouldn’t be here.”

The film also delves into Richie's personal setbacks and many family triumphs. Unlike most of his music contemporaries, Richie is married 52 years to the same woman, even after separating twice in their early years. In the face of adversity, Richie found a life of positivity and fulfillment.

This documentary will also take our audience into the creative process. Along with discussing his songwriting, both past and present, Richie will take us through the evolution of a song, from genesis through production. By working in this interactive and immersive format, viewers will receive an intimate portrait of Richie’s life and music.

Although Richie’s career and influence is of historic value and will be addressed throughout our narrative, this film will be a break from the standard, nostalgic chronicle, and will instead present Richie as a modern, working artist. With a nod to the past, we will show how Richie continues to write & make music that inspires and enlightens generations both young and old.

We are also hopeful that this film will bring recognition to POCO and gain them the needed exposure to obtain a nomination into the Rock & Roll Hall of Fame.
You can contribute to the making of this film by clicking here and/or by visiting RichieFuray.com.

Boomerocity Note: Closer to the time of the film’s release, we plan on chatting with Richie in more detail about it. Until then, please give this interview your careful attention, order the “Troubadour” set, contribute to the making of the documentary, and share the link to this interview with your friends!