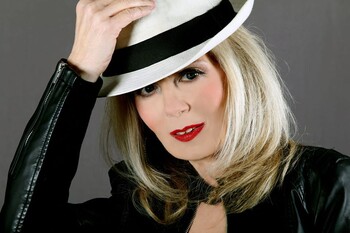 The odds are pretty good that you haven’t heard of her. I admit that I hadn’t of her until recently when I received information about her new album, “Whole Nother World”, from her publicist. Patti’s original album, “Cheat’n Man,” continues to have radio play all over the world including Australia, New Zealand, Europe and the United States. Patti has gotten outstanding reviews from famous Blues Music Magazines such as “Blues Blast Magazine,” several live interviews from Belgium’s own Purple Haze Radio Show to Rambling Night Blues in Little Rock, Arkansas.

“Whole Nother World” was recorded in Baton Rouge, Louisiana, and released on Booga Records/Vizztone. American Bluesman Kenny Neal signed Ms. Parks to his own label and produced, arranged and performed on this eclectic gem. The album debuts this month. You really should check it out. A riveting live performer, Patti has a soulful, sensual voice that does immense justice to her uplifting blend of Chicago blues, Memphis soul and tasty funk.

As if all of that isn’t impressive enough, I should add that Patti is also a working nurse and creator of the Nurs’n Blues education program, which she developed to help high risk children at drug rehab centers.

After watching this fun interview with Patti, share this link with your friends who are blues fans. Second, order “Whole Nother World” by clicking on the album cover on this page. Third, keep up with the latest on Patti by visiting her website, ThePattiParksBand.com. You can even see if she’s playing in a town or burg near you. If so, go see and tell her Boomerocity sent you!

The Boomerocity Interview With Patti Parks