Allie Colleen's Got Some "Stones" 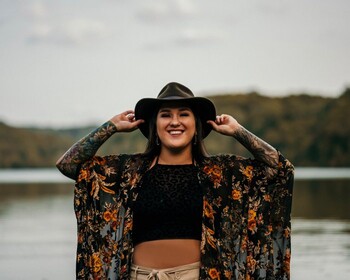 It’s always an honor when an artist will sit for an interview with me. It’s even a bigger honor when they sit for more interviews afterward. This certainly holds true with Allie Colleen. With the announcement of her new album finally dropping, she was kind enough to join me on a call to chat about it.

Please watch this video. After you’ve finished watching it, I’d appreciate it if you told others about it. Allie really is a phenomenal up-and-coming artist who you’ll want to follow from here on out.

Below the interview video, I’ve shared the press release for “Stones” that covers some of the little things we didn’t discuss during our chat.

The Boomerocity Interview With Allie Colleen 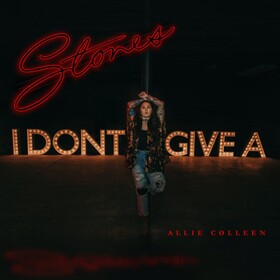 Independent Singer/Songwriter, Allie Colleen, has released the second digital single, “Don’t Give Your Heart To A Cowboy,” off her well-received debut album STONES to all music platforms for streaming and download. The spirited tune, co-written by Eric Dodd and Allie Colleen, is available on Spotify, iTunes, YouTube Music, Pandora and more platforms here.

“It's all in the lyrics ladies… don’t do it. Cowboys, they have been the coolest thing since forever. Men that smell like leather, horses, and tobacco. Well ladies, I am here to tell you that is what heartache smells like. Flirt with them, dance with them, drink with them, hell - kiss’em if you want, but don’t give your heart to a cowboy,” stated Allie Colleen.

"Allie came over to the house for our writer session, and she said she wanted to write a cowboy song. She shared a cool story with me about someone told her that went something like, "Those cowboys are dangerous when it comes to your heart...they'll leave their leaving boots on your front porch," and that line or quote stuck with me and the last part made it in the chorus of the song," shared Eric Dodd. "I was hooked when she told me that story. When we finished this one, Allie and I knew we had something special. We felt like we really painted the picture of that warning about what a cowboy can do to a girl's heart. There is something so bittersweet and nostalgic in this one, and it's one of my favorites I have ever been a part of."

“... Ever since the wind, came rolling in, from the East
To a one horse town, spurs on the ground, silver screen
From that first tip of a hat, girls like me got it bad
That grit drives you wild, he’ll rope you with his smile
Back then I wish I knew
not all dreams come true

Yeah, He’ll spin you around that sawdust floor
Yeah, He’ll hold your hand out those double doors
He smells sweet like wintergreen with lips that taste like whiskey
He’ll leave his leavin’ boots on your front porch
Don’t Give Your Heart To A Cowboy …”

STONES was co-produced by Joe Costa, Joe Costa Productions and Ben Watts, Lore Entertainment, and recorded at Allentown Recording Studio in Nashville. Physical copies of the highly anticipated debut album STONES are available for purchase online at alliecolleenmusic.com and will be available Nov. 19 on all digital music platforms.

"Allie Colleen delivers the goods on her debut album. From moments of angsty blues to soulful ballads and classic country. Allie does it all with raw, heartfelt lyrics and an honest vocal delivery,” added Co-producer, Ben Watts. “It was a pleasure to play a part in the creation of this project. I'm sure she's set for a bright journey ahead!"

About Allie Colleen
A Belmont University graduate from Owasso, Oklahoma with a style that is truly her own, Allie Colleen is no stranger to the music industry. A passion for singing and songwriting since a young age has garnered her a reputation of being a notable songwriter with an iconic-sounding voice. Her impeccably strong voice with hints of timeless tradition falls between classic country and the emerging country sound. The room never fails to silence as Allie Colleen begins to sing about the layers of love and heartbreak that have shaped her. Some of her newest songs bring witty lyrics and a connection to the song unlike most today. One of her original songs, Close Enough, gained nearly more than 715k views on YouTube. Her social media following has continued to increase every year. Her passionate drive and innovative vision set her apart from her peers resulting in here music and videos going viral on the internet – even capturing the attention of well-known radio show host Bobby Bones – proving that her audience is captive and waiting for her next song. Persistently working to hone her skills along-side industry professionals and performing at venues both around Nashville and national venues garners Allie Colleen a growing fan base. Allie Colleen’s debut single, “Work In Progress” defines the life that’s shaped her with personal lyrics and transparency in both the vocals and delivery. “Work in Progress” is a sweet sentiment regarding her introduction to the Music Industry co-written with hit songwriter Marcus Hummon and well-known studio engineer Greg Beick. Her debut single released in early July and followed by "Along The Way.” Her release of her concept project of “Best Friend” and “Road You Take” shared her journey and the story of a broken friendship along with healing a broken heart. Her first radio single “Ain’t The Only Hell (My Momma Raised)” broke through top #30 on Music Row Breakout Chart 1landed at #9 on CDX TRACtion True Indie Chart and made a debut at #74 CDX TRACtion Mainstream Country.

Tommy James
8753 views
Posted April, 2010 I recently was channel surfing on my satellite radio while driving around the Da...