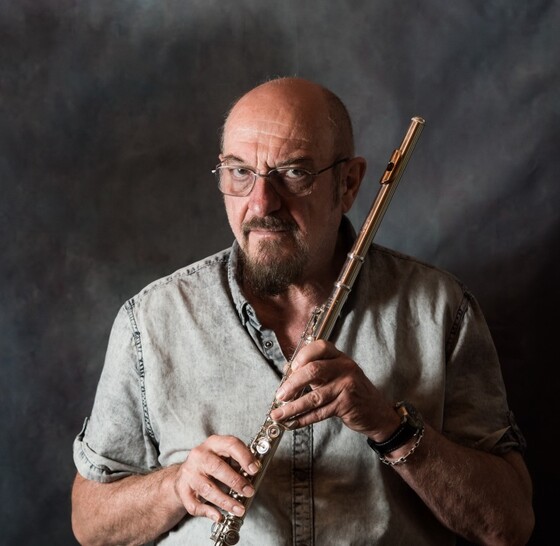 During the seventies, a teen listening to the radio and frequenting record stores were more than just a little aware of the English band, Jethro Tull.

Named after an 18th century agriculturist in the United Kingdom who is credited with perfecting the horse-drawn seed drill in 1700. The lead singer and flutist, Ian Anderson, was often mistakenly identified as the band’s namesake.

Bringing the flute to the rock stage and delivering its melodic notes while standing on one leg, Ian and the band became a bit of an enigma, intriguing teens and adults alike.

Until the pandemic hit, Ian Anderson has kept Jethro Tull’s catalog of music alive and well, often touring to the delight of the band’s loyal fans. Anderson has also continued creating new music and collaborating with a wide range of artists and groups.

Recently, I got wind of a new album in the works by Ian. Over a period of a couple of months, an interview with Ian was arranged. Already known as a highly intelligent person with a broad range of interests in multiple subjects, Anderson also showed himself to be a gracious interviewee.

The interview below is that chat, raw and largely unedited. Please share the link to it with your fellow Jethro Tull/Ian Anderson fans. You can also keep up with Ian Anderson and all things Tull at JethroTull.com.

The Boomerocity Interview With Ian Anderson

Jake Shimabukuro Talks About His Beloved Ukulele and His Friends
233 views
Posted November 2021   Photo by Sienna MoralesThe ukulele. As a baby boomer (and unless you’...