Nathan East Brightens the World With His Spirit 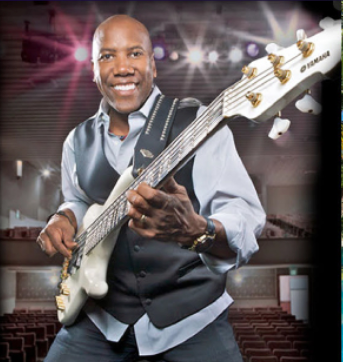 If you’re only a casual listener to music, then the name might not ring a bell. If you’re heavy into Jazz and heard the band, Fourplay, or are into the nuts and bolts of the music business like a lot of us are, then you know that Nathan is one of the most renowned, respected, and recorded bass players on the planet, having played on over 2.000 albums

I first started paying attention to him through his work with Eric Clapton and with Toto. But when I started noodling around to learn about Mr. East quite awhile back, I was absolutely stunned as to the incredible depth and breadth of this remarkable man's career and body of work. I feel that Nathan's work with Fourplay is quite impressive enough with his signature bass lines that reveal an incredible foundation that, in many ways is immediately recognizable yet dovetails seamlessly within whatever genre or artist who requests his artistry. An artistry that, if not innately and prenatally instilled in him at birth by his parents, then they most certainly and wisely raised him in such a way that nurtured the God-given gift within him.

It is written in the ancient Scriptures, "Do you see a man who excels at his work? He will stand before kings." The inspired writer of that particular text must have had a prophetic glimpse at the career of Nathan East. His work has placed him squarely in front of Pope John Paull II in 1987. Thirteen years later, Mr. East played at the inauguration of President Barack Obama.

He’s also recorded three solo albums and has played on a Grammy show or two.

For weeks, his assistant, Debbie Johnson, and I exchanged e-mails in attempts to get this interview nailed down, that’s how important I felt it was to interview him. While every interview I’ve pursued have been important to me, this one was different, and I didn’t know why.

Again, I just knew I had to interview him.

I had a heck of a time crafting the questions for our chat because there are so many ways to go with it. If I had watched the documentary on him, ‘Nathan East: For the Record’, before the chat, I would have been totally bogged down.

I could say a lot about Nate and his career. Frankly, if you watch the aforementioned documentary, his career speaks for itself, and his works makes him the personification of excellence.

But what I especially came away with from the interview with – and from watching the documentary AFTER our chat – was Nathan East has one of those rare, beautiful, loving, giving, gracious hearts that is so rare in this world today.

He exudes love and warmth.

There is a beautiful spirituality that radiates from him.

When I finished my interview with Nathan East, I was amped up in a way that I never had been before after an interview. After watching the documentary on this remarkable man’s life, I had tears in my eyes. That has never happened to me before or after watching a documentary.

If you never watch any other interview on Boomerocity, please, please, please watch this one, below. Share it with your friends. Then, go to Amazon Prime and pull up “Nathan East: For the Record”, and watch it. Watch it twice. It’s that phenomenal of a documentary.

Finally, go to his website, NathanEast.com, and check out his site and order some of his work. Heck, if you can, you can even sign up for his Jazz Weekender cruises that are already being booked for next year and for 2023.

The Boomerocity Interview With Nathan East