Doogie White . . . As Yet Untitled 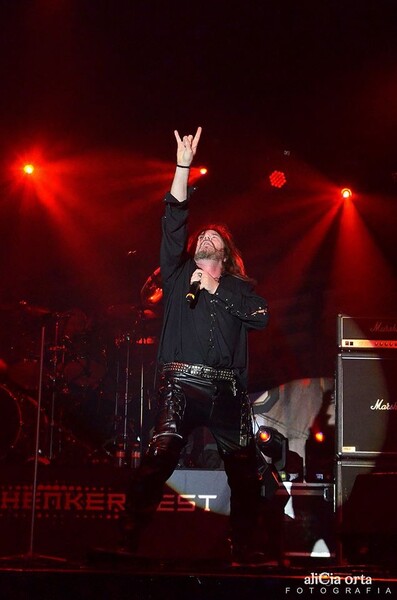 If you saw this list on a singer’s resume, you’d assume that they have the talent, experience, street cred, and stamina needed to be a force to be reckoned with in the rough and tumble world of rock and roll.

And you would be right.

In this case, you’d be looking at the incredible resume of Doogie White, current lead singer for Alcatrazz who has also worked with the aforementioned bands. Because of that pedigree – and because the opportunity presented itself – I just had to take advantage of the opportunity to chat with Doogie and the re-release of his project, As Yet Untitled.

The video below is a fun, informative interview with Doogie wherein we chat about COVID, As Yet Untitled, and other topics. So, watch, share, and follow Doogie at DoogieWhite.com. Click on the album cover image on the right to order your copy of As Yet Untitled and a couple of extras for the music lovers on your gift list. You can read the press release about it below the interview video.

The Boomerocity Interview With Doogie White

Doogie White
‘As Yet Untitled’
10 years later, solo album reissued
with a host of bonuses

‘As Yet Untitled’ was originally released by Doogie White a full decade ago and has been reissued as a two-CD set through The Store for Music [Cat No SJPCD641] on June 4, 2021. The first CD (As Yet Untitled) features the full ten track album, plus two bonus songs, while CD2 boasts a dozen previously unreleased tracks created with an enviable group of friends and peers collected over the Scottish vocalist’s remarkable career. ‘As Yet Untitled’ is his only solo album.

The album was produced by Pontus Norgren [Hammerfall], who also added some guitar. ‘As Yet Untitled’ features four songs written with Alex Dickson [Midnight Blue, Gun], and a couple with Mick Tucker [Tank]. ‘Small Town Saturday Night’ was written with Alex Dickson and was deemed too beautiful and fragile to fit on the original album, but is too good to leave off the reissue, ‘Dishing The Dirt’ was created by Doogie White and Mick Tucker.

The second disc draws together a selection of carefully chosen cover versions that Doogie White has recorded over the years. These songs are real classics from the likes of Whitesnake, The Stones, Iron Maiden and more and this anniversary reissue provided the perfect occasion to pull them all together into one place for the first time ever.

‘As Yet Untitled’ is a dramatic and hard-hitting album and, a decade on from its original release, remains compelling and fresh. This 2CD reissue, packed with great songs and great musicians celebrates not only the anniversary but the career and talent of Doogie White himself.