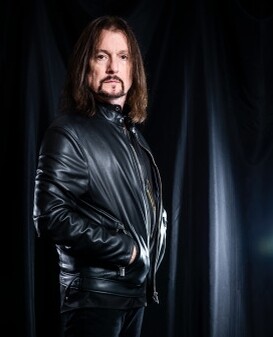 Boomerocity recently interviewed Doogie White (here), lead singer of Alcatrazz, about his re-issue of debut solo album, “As Yet Untitled”. Coincidentally, his bandmate, Jimmy Waldo (keyboardist for Alcatrazz), has re-issued “Afterlife”, recorded by his former “super group,” Blackthorne. It’s been released in conjunction with the band’s previously unreleased second album, “Don’t Kill the Thrill”. This is all ahead of next month’s release of “V” by Alcatrazz.

These boys are busy!

Below is my interview with Waldo. I hope you enjoy it and share it with your friends. Below the interview is the press release for the “Afterlife” and “Don’t Kill the Thrill”. Click on the album covers to order your own copies.

The Boomerocity Interview with Jimmy Waldo 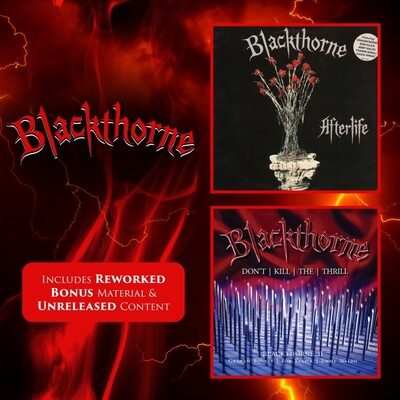 Click Above To Order Your CopyAfterlife and Don’t Kill the Thrill - Reissued
This deluxe two-CD set by one of the early 90’s most underappreciated rock bands, includes a reissue of the band’s only studio album, Afterlife, along with the band’s previously unreleased second album, Don’t Kill the Thrill. This is the first time the two albums have been reissued as one single release. Both albums also contain previously unreleased bonus tracks and many of the tracks on both albums are remastered.

Afterlife was originally released in 1993….an era when grunge ruled the music world and most classic hard rock, and metal, was considered outdated at that time.

This great record didn’t sell much at the time due to the changing musical landscape but has, over the years, aged like fine wine and become an underrated gem, much like Blackthorne itself. This reissue of Afterlife features seven unreleased bonus tracks including both demos and live tracks.

Prior to disbanding, Blackthorne recorded a second album entitled Don’t Kill the Thrill, but the album was shelved when Bonnet left the group. It remained unreleased for over two decades.

But good things come to those who wait, and the album is released and contains not only the original ten tracks recorded for the album but also eight additional unreleased demos included as bonus tracks.

Jimmy Waldo was the keyboardist in Blackthorne. He was also a founding member of Boston-based hard rock band, New England, which scored a Billboard charting hit with its first single, Don’t Ever Wanna Lose Ya. He is also a founding (and current) member of Anglo/American metal band Alcatrazz, which will release a new album, V, in October.

Bonnet is best known as Ronnie James Dio’s replacement as the lead singer of Rainbow…singing on one of the band’s best-known songs, Since You’ve Been Gone. He also sang for the Michael Schenker Group and Alkatrazz and has enjoyed a successful solo career.

Kulick auditioned for KISS in the early 70s with the gig going to Ace Frehley. He also played and wrote songs for a number of late 70s/early 80s KISS albums and he worked with Meat Loaf and WASP.

Drummer Frankie Banali was the longtime drummer for Quiet Riot, who helped to usher in the 80s metal era with their classic album Metal Health; the first metal album to ever hit number one on the Billboard charts.

Bassist Chuck Wright has been the on-again/off-again (and current) bassist for Quiet Riot since 1982 and has also performed and recorded with Giuffria and House of Lords.