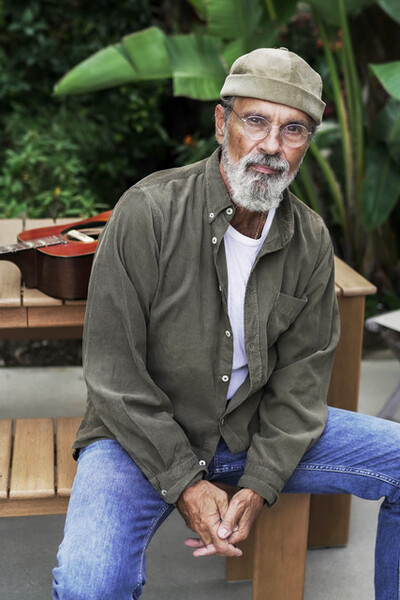 Unless you are deep in the weeds on the background of a lot of big artists, Bruce Sudano may not be someone you have heard of before. However, I'm pretty sure that you've heard of his late wife or some of the people he's written songs for. His late wife is Donna Summer, who we all lost nine years ago but her music is still living on today and being played a lot on radio and satellite radio and in establishments all over the world. She's never been forgotten, and her memories still cherished especially by your family.

Bruce not only wrote songs with and for Donna and worked with her in her career, but he also wrote songs for Dolly Parton, Reba McIntyre, Michael Jackson, as well as hits as a solo artist and with his band, Brooklyn Dreams.

He's been writing and producing his own records for the last several years and he owns his own record company called Purple Heart Recording Company. His new album is called Ode To A Nightingale that is loaded with seven great songs. The official press release for the album can be found below the Boomerocity interview with Bruce.

The interview on this page is my first time talking with Bruce. I wanted to focus the new album but we both agreed that at another time, we will talk about his late wife and the other artists that he’s worked with, so you'll want to keep an eye on Boomerocity for that.

After you have watched the interview, please share it you’re your friends. Also, please order Ode To A Nightingale at Bruce’s website, BruceSudano.com. You can also order his previous albums while you are there.

The Boomerocity Interview With Bruce Sudano 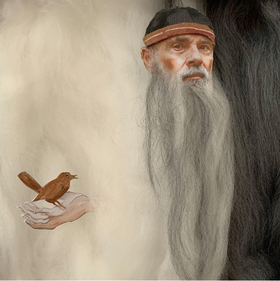 Click Above To Order Your CopyEsteemed singer-songwriter Bruce Sudano releases Ode to a Nightingale, available worldwide on October 1st via Purple Heart Recording Co. Ever the vanguard, Sudano reveals the latest incarnation of himself with another immediate yet highly introspective album. He touches on his thoughts of romance, social consciousness, and his Italian-American heritage by intentionally juxtaposing the depth of these topics with high-spirited, rhythmic guitar riffs and harmonies.

Ode to a Nightingale emanated from Sudano’s solo sessions in his part-time, home studio in Milan, Italy; he had remote assistance from producer Randy Ray Mitchell and various instrumentalists. Inspired by his time as part of the R&B/Soul group Brooklyn Dreams and the Doo-Wop era that surrounded him during his upbringing, Bruce Sudano revisits his vocal prowess. He explains “I delved more and more into my harmony thing – the ability to do harmonies, to create harmonies, is a gift that I’ve kind of ignored in this evolution of myself as a solo singer-songwriter.”

Composed of seven Folk/Rock offerings, Ode to a Nightingale succeeds his duo collection of 2020 mini-albums: Spirals Vol. 1: Not a Straight Line to Be Found and Spirals Vol. 2: Time and the Space In Between, which were released in April 2020 and October 2020 respectively. The album lifts off with the jubilant, soaring song “Cosmic Ride,” setting a lighter tone that balances the serious elements of Sudano’s material. Referencing prior hits “American Sunset” and “For the Sake of Humanity,” the new tracks “Ode to a Nightingale” and “All Hands” err towards a similar political charge. Specifically in “All Hands,” he cautions against complacency in society, weaving solemn guitar instrumentals with lyrics about the vicissitudes of social consciousness.

With the first release from the album “In Shadowland,” Bruce Sudano deliberately leaves his interpretation up to the listener – it’s an illusion sonically and lyrically. The music video, directed by visual artist Furio Ganz and featuring Italian actress Maria Roveran, further dabbles in ambiguity with its striking visual effects.

Bruce Sudano’s second single “Do Be Do (Daytripping)” elicits a feeling of escapism, as he draws on inspiration from the spirit of Al Green’s “Love and Happiness” and the cool breeziness of The Rascals’ “Groovin.’” Basking in his blossoming love with his wife Francesca, Sudano’s momentary bliss is accompanied by an equally joyous, animated lyric video of a couple on a journey. The song “Fatal Love” further explores the power that genuine love can possess while the song “Not Your Hero” offers a contrasting tale of detaching oneself from their past lovers.

Commenting on the namesake of both the title track and album, Sudano describes the symbolism of the nightingale. Derived from imagery in the work of Italian poet and filmmaker Pier Paolo Pasolini, he says, “I see the nightingale as a voice in the darkness, hopefully singing beautiful melodies that are leading us out of the darkness and into the dawn and the light of a new day.” This optimism is characteristic of Sudano’s attitude towards life, and it radiates throughout his sound.

In all, Bruce Sudano views Ode to a Nightingale as an excellent summation of his musical capabilities’ breadth. “I tend to write five kinds of songs – a philosophical song, a spiritual song, a love song, a socially consciousness song, or a story song. As I look back on this record, I think, OK, you hit all the points, all the kinds of songs that you would write.”

Bruce Sudano lives and breathes music, establishing a burgeoning reputation. Throughout his career, Sudano has experimented with every kind of music imaginable with his passionate soul as a constant fixture in his work. He’s written hits for Dolly Parton, Donna Summer, and Michael Jackson; performed with the group Brooklyn Dreams; helmed his own label: rebranded himself as a singer-songwriter; and toured the globe to perform at everything from family gatherings to sold-out stadiums.