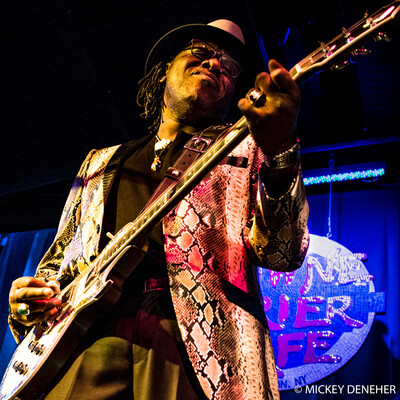 As you already know, if you have followed Boomerocity for very long at all, we absolutely love the blues. It has given the roots to rock and roll and has its roots in gospel and Boomerocity loves them all.

One of my favorite blues artists, right up there on the shortlist is none other than Joe Lewis Walker. You may recall that last year 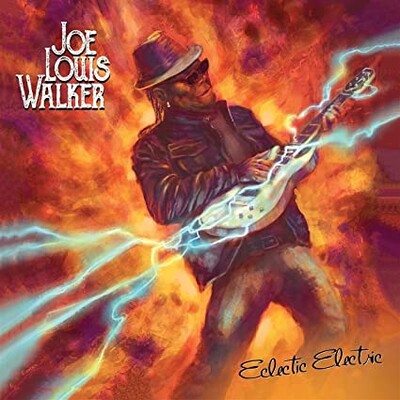 Click Above To Order Your Copy was my first interview with him. We don't have the audio up there yet, but we will, and we'll set a slideshow to it. This time we have a Zoom call with Joe Lewis, and it was wonderful. We had a great chat in which we solved world hunger; I think.

We talked about the pandemic we talked about some of the controversy with some of the artists like Eric Clapton and others. It was a great, very open and frank chat and I loved it. And, of course, we talked about Joe Louis’s new album. Eclectic Electric. Of course, you don't even need to hear me tell you that it’s a great album so you may as well just go order it by clicking on the album cover on this page. The press release for the album is below the interview video on this page.

So anyway, we had a great chat. I know you'll love to hear this one. After you watch it, why don’t you share it with all your friends who love the blues – especially if they’re not already a Joe Louis Walker fan. After you’ve shared the interview, order Eclectic Electric. Then, go to JoeLouisWalker.com to start following him. You can also follow him here on Facebook and Instagram.

Click On The Lower Right Corner To Enlarge Interview Video

This album explodes with the passionate playing and soulful melodies that have made Walker a favorite among true blues aficionados including the Rolling Stones.

“From the opening track to the final note, the guests and fellow musicians on this album made this one of the best musical journeys I've ever had. I hope it's the same for you!” reveals Joe.

Originally from San Francisco, Joe Louis Walker, a Blues Hall of Fame inductee, and four-time Blues Music Award-winner, celebrates a career that exceeds a half century. His musical legacy as a prolific torchbearer for the blues is proven by his recorded catalog of 27 albums.

A true powerhouse guitar virtuoso, unique singer, and prolific songwriter, he has toured the world extensively throughout his career, performed at the world's most renowned music festivals, and earned a legion of dedicated fans.

NPR Music has called Walker “a legendary boundary-pushing icon of modern blues,” and within the blues world, he is already being referred to as a living legend.

The release date for the full album is November 12, 2021. It will be available digitally and on digipak CD and on vinyl.