Colin Blunstone Talks About The Zombies, One Year, & That Same Year 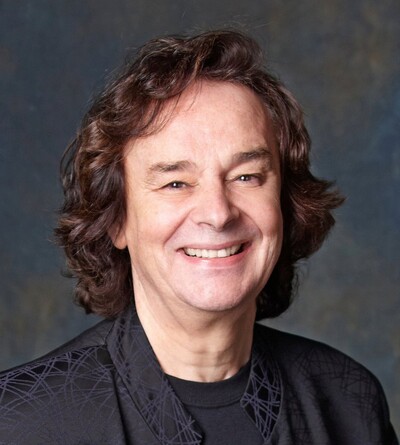 Since you’re reading this, it’s likely that you are a classic rock music fan. And if you're listening to a lot of music, you've heard classic songs like “Time of the Season”, “She's Not There and, “Tell Her No”. All of those, of course, are from that iconic and legendary band, The Zombies.

Around the time of The Zombies’ fame, their lead singer, Colin Blunstone, also had recorded solo albums, as he has since then. Along with the solo work, Colin and Rod Argent are keeping the The Zombies alive and still recording music today.

I wanted to talk to Colin about is the release of his double disc offering of his first solo album that came out 50 years ag0. That album was called, “One Year”. Coupled with that is a CD of 14 demos that he's packaged together. He's calling that album, “That Same Year”.

We had a fun chat. In the interview video, below, we talk a lot about that two-disc set among many other subjects. He was catching me up on what's going on in the UK, as well as being a big book reader - that type of thing.

After you watch the interview, share it with you friends. Then go to Colin’s website, ColinBlunstone.net, order “One Year/That Same Year” (the press release is further down this page, below the interview video), and follow him there as well as on his various social media platforms.

The Boomerocity Interview With Colin Blunstone 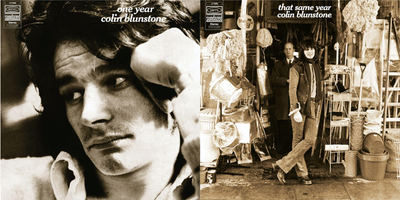 Originally released in November 1971, One Year is the debut solo album from The Zombies’ frontman Colin Blunstone, recorded over the course of “one year” following the band’s break-up and the posthumous success of their single “Time of the Season.”

To celebrate the 50th anniversary of the landmark album, Sundazed Music will release a double LP edition on November 5. The second LP, That Same Year, features Colin singing his own compositions, many accompanied solely by his acoustic guitar, and gives a deeper introspective look into that time in his life. The double LP is now available for pre-order and the previously unreleased track, “I Won’t Let You Down” from That Same Year, which features fellow Zombie Rod Argent on piano.

Included in The Guardian’s “1,000 Albums to Hear Before You Die” list, One Year was primarily recorded in Abbey Road Studios, and co-produced by Colin’s former Zombies bandmates Rod Argent and Chris White. The album chronicles tales of love and heartbreak, split between upbeat rockers, with Colin backed by Rod’s newly-formed outfit Argent (Rod alongside Russ Ballard, Jim Rodford & Bob Henrit), and haunting ballads, accompanied by Chris Gunning’s delicate string arrangements. Highlights include the incredibly gorgeous bossa nova cover of Tim Hardin’s “Misty Roses,” which erupts into a Bartók-inspired string break, Colin’s own lament “Caroline Goodbye” with the Argent personnel accompanied by string arrangements from Rod Argent & Tony Visconti, along with the full string-backed version of Denny Laine’s “Say You Don’t Mind,” which became a chart hit in the UK.

One Year has gone on to touch a diverse array of artists, ranging from Thurston Moore of Sonic Youth, who called it “a gorgeous example of classic British pop music…very personal, very sophisticated in its sentiment” (NME), to Neil Tenant of Pet Shop Boys, who cites Colin as “the missing link between Dusty Springfield and Nick Drake” and hails One Year as “an incredibly romantic album, which is why it's been with me such a long time” (The Guardian). According to Steve Berkowitz, the late Jeff Buckley’s Executive Producer at Columbia Records, “Part of the reason that Grace has those beautiful and interesting strings, by Jeff Buckley and Karl Berger, is because Jeff was affected by having heard Colin Blunstone and the way they wrote the strings on that record, particularly on the incredibly beautiful ‘Caroline Goodbye.’”

For the Anniversary edition, Colin penned the liner notes that fill the gatefold jacket along with unseen photos from that year. The notes go track by track through One Year along with background on That Same Year. This period marked the point where Colin came into his own as a songwriter, having previously only contributed two songs to The Zombies. This is evidenced by the tracks on That Same Year, fourteen beautifully sparse demo versions of Colin’s compositions that were being considered for One Year, recently unearthed from co-producer Chris White’s archives. Colin accompanies himself on acoustic guitar, with help on some tracks from Rod Argent on piano and the late English singer-songwriter Duncan Browne on classical guitar.

Only three of these songs graced One Year, “Caroline Goodbye,” “Though You Are Far Away” and “Let Me Come Closer To You”, while “Too Much Too Soon Last Night” found life as a B-side, and “I’ve Always Had You” made his second album, Ennismore. Beyond these early versions of familiar songs you will find Colin’s singular voice and wit come through on nine completely unheard compositions that remained lost until now; including “Sing Your Own Song,” a protest after reading about his own death in Rolling Stone.

From the album’s liner notes, Blunstone says of One Year:

“Fifty years on, there’s a dream-like quality to my memories of One Year. Almost seeming like another lifetime, a time of innocence and naivety and a time when anything seemed possible. Chance and circumstance had brought Rod Argent, Chris White and myself together again for the first time since we'd played in The Zombies. This time Rod and Chris would be producing me as a solo artist, a step into the unknown, a moment of truth, a turning point in our lives.

The first tracks were recorded at Sound Technique Studios in Chelsea but we quickly moved on to the more familiar setting of Studio 3 in Abbey Road where we had previously recorded Odessey And Oracle and where we were once again guided through the recording process by the brilliant engineer Peter Vince.

Shortly after we had relocated to Abbey Road we had a moment of epiphany when we were introduced to the stunningly beautiful string arrangements of Chris Gunning as they went on to be the musical backbone of this project taking it to places rarely approached in contemporary music and giving it its own unique appeal. And now all the principal performers are assembled and as the music plays I start to drift and so many of the ghosts who hide inside the secrets of this album suddenly come alive and yesterday becomes today, again!”