Dion Shows Us Around His Stompin' Ground 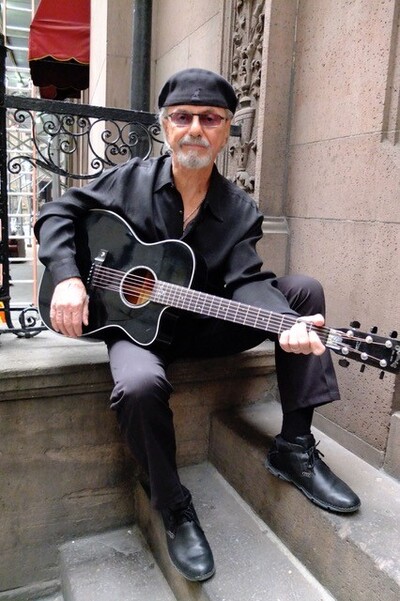 Say the name, “Dion” (as in Dion and the Belmonts), all sorts of great songs come to mind. Tunes like I Wonder Why, No One Knows, A Teenager In Lover, The Wanderer, and Runaround Sue are among the many songs Dion DiMucci has burned into the memory of baby boomers the world over.

Since those wonderful days in the sixties, Dion has continued to record so much great music, crossing genres and remaining fresh and relevant all the way to today.

For proof, one only must purchase his new album, Stompin’ Ground, to hear how strong, fresh, and catchy DiMucci’s new music is. He’s joined on the disc with other great artists such as ZZ Top’s Billy F. Gibbons, Bruce Springsteen, Boz Scaggs, Eric Clapton, Peter Frampton, Joe Bonamassa, and several others.

During my recent conversation with Dion, we talked about the album. When asked how this album is different from all the other albums he recorded, DiMucci shared that it was Angel In An Alleyway and the story behind it. You can hear that story along with a lot of other stories and anecdotes on the interview video below. Underneath that video is the press release for Stompin’ Ground.

The Boomerocity Interview With Dion

Click The Lower Right Corner To Enlarge The Above Video 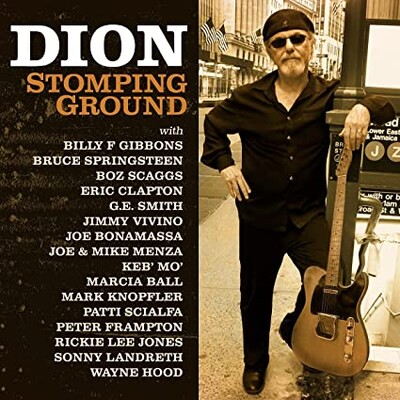 Click Above To Order Your CopyDion is following up his critically acclaimed and commercially successful 2020 album release Blues With Friends with Stomping Ground, a new album that finds him collaborating yet again with music greats with whom he shares mutual admiration. Set for release November 5, Stomping Ground was produced by Wayne Hood with Dion and will be released through Joe Bonamassa and Roy Weisman’s KTBA Records. The album will be available digitally as well as on CD and as a two LP set.

The album’s voluminous notes include an intro by Dion that succinctly summarizes the philosophy behind the Rock and Roll Hall of Famer’s latest recorded endeavor:
“When I was young, I was always striving for accolades and admiration. Those were my goals. But when I reached them, they didn’t satisfy. I discovered joy when I leaned to stop caring about all that – when I learned to relax and make music with friends… music that would make more friends for us through its joy. To make music with friends, and to make friends through music: I can’t imagine a better life than this. I am grateful to my friends who made Stomping Ground with me – and my new friends who are listening.”

The album was preceded last month with the release of “I’ve Got To Get To You,” a track featuring Boz Scaggs along with the father and son guitar team of Joe and Mike Menza. This week marks the release of “Take It Back,” on which Dion is joined by Joe Bonamassa. Next month (10/13) will see the release of “Angel In The Alleyway” that features Patti Scialfa (vocals) and Bruce Springsteen (guitar and harmonica).

The album’s notes include a foreword by Pete Townshend, which reads, in part:
“Dion, like a circling star that never fades, generates the energy and fire we need to pull ourselves up and start again. Dion is a star who knows well how to start again, how to keep shining. He looks at his watch every few years. Damn! Let’s make a record. Take care. This one will blow those little white things in our ears right into your brain.”

Beyond Townshend’s literary contribution, Dion provides a track-by-track description of all the album’s 14 selections, the sole non-original being “Red House,” the Jimi Hendrix song that has become a blues standard. On Stomping Ground, Dion is joined by Keb’ Mo’ on that song. Dion notes, “We had a blast grooving on ‘Red House.’ I’m honored to have him join me on this Jimi Hendrix cover/tribute. We did it as only we could. I think Jimi would approve!” It’s worth mentioning that the follow-up single release to Dion’s 1968 smash hit “Abraham, Martin and John” was “Purple Haze,” serving to underscore the connection that Dion has long had with the legacy of Jimi Hendrix.

There’s more Dion news. The Wanderer, a musical based on the life and music of Dion will stage its world pre-Broadway premiere at the Paper Mill Playhouse in Millburn, NJ on March 24, 2022. Michael Wartella (Wicked) stars as Dion, alongside Christy Altomare (Anastasia) as Susan, Dion’s wife. Original New Kids on the Block member Joey McIntyre (Waitress) plays Johnny, Dion’s best friend. The Wanderer was written by Charles Messina (A Room of My Own) and directed by Kenneth Ferrone (Cruel Intentions) and choreographed by Sarah O’Gleby. Tony Award-winner Beowulf Boritt is the scenic designer. The Wanderer is produced by Paper Mill Playhouse in association with Jill Menza and Charles Messina.