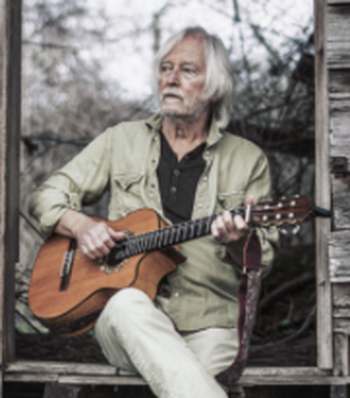 Photo by Hill Taylor WhiteA few years ago, you may remember hearing a lot in the news about a lawsuit that was going on between the estate of a gentleman by the name of Randy California from the band, Spirit. They were known primarily for a couple of big songs. One was called “I Got a Line On You”, and another was called “Nature's Way”. The lawsuit alleged that Jimmy Page had knocked off a song by Spirit called “Taurus” in Zep’s song, “Stairway To Heaven”. Ultimately, Led Zeppelin prevailed.

Well, this interview is not about that lawsuit, although we do talk about it towards the end of the interview. But the thing I wanted to tell you about is the gentleman I’m interviewing, Al Staehely, played in Spirit for a time and was very aware of what was going on.

Something more importantly that was discussed at length is Al's got some new music coming out. He has spent most of his adult years as a very successful entertainment attorney in the years since his stint with Spirit. What many people didn’t know until now is that Al recorded a bunch of solo stuff after leaving Spirit. Some of it saw the light of day, but most of it didn't. Here it is, all these years later, in a new album titled, “Hello”.

I’m going to tell you straight upfront, it's phenomenal stuff. It sounds very recent, very relevant. I encourage you to get the album which you can order by clicking on the album cover on this page. The press release for the album is located underneath the interview video, below.

Al also . . . . well, let's just say he gives us a little bit of a heads up about what's coming down the pike from him.

Al and I had a great, long conversation with Al Staehely, and I think you will enjoy sitting in with us and listening to it. As always, after watching this interview, I hope you’ll share it with your friends. Also, why not order his album, “Hello”, containing the collection of songs that we talked about. You can keep up with the latest with Al by visiting his website, AlStaehely.com, and signing up for his newsletter.

The Boomerocity Interview With Al Staehely

Click On The Lower Right Corner To Enlarge Video 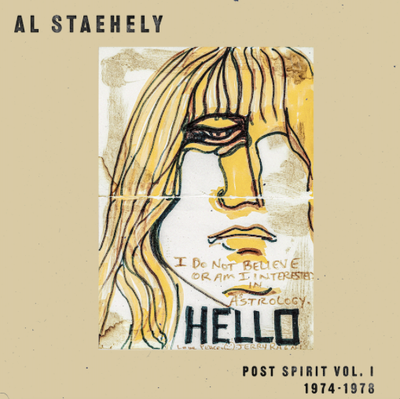 Click Above To Order Your Copy"The '70s L.A. music scene was a special time. Today, in 2021, many try to recreate the '70s analog experience in their songwriting and recordings. I was lucky to have been writing and making music during that time. These never before released recordings from my "Vault" are the real thing- written and recorded in L.A. during that era in some of the best studios, with some of the best musicians working at that time. Enjoy!"- Al Staehely

Acclaimed Texas-based singer-songwriter and musician Al Staehely (Spirit, the Staehely Brothers) is releasing 'Post Spirit 1974-1978 Vol. 1' - a fourteen-track album of rare solo recordings from Staehely's days in Los Angeles. The album follows on the heels of the "Wide Eyed and Innocent" single, which debuted in late August.

While known to many as the lead vocalist, bass player, and principal songwriter on Spirit's fifth album, 1972's 'Feedback', Staehely went on to enjoy a lengthy career in bands like the Staehely Brothers, and The Nick Gravenites / John Cipollina Band, while also writing songs for the likes of Keith Moon, Bobbie Gentry, Patti Dahlstrom, Nick Gravenites, John Cipollina, Marty Balin, Peter Cox and Hodges, James & Smith and more. A segue into a successful career as a Houston, TX entertainment attorney hasn't deterred Staehely from continuing to write and perform music regularly, which he does to this day.

"The '70s L.A. music scene was a special time. Today, in 2021, many try to recreate the '70s analog experience in their songwriting and recordings. I was lucky to have been writing and making music during that time," says Staehely. "These never before released Post Spirit 1974-1978 recordings from my "Vault" are the real thing- written and recorded in L.A. during that era in some of the best studios, with some of the best musicians working at that time. Enjoy!"

The single "Wide Eyed and Innocent," was recorded in 1978, while the recently released re-recorded version of the song was done during sessions in Marfa, TX in 2020, offering a unique contrast between Staehely's storied history and his exciting future.

Looking back at his early days in Malibu and Laurel Canyon, Staehely laughs, “We were wide eyed- but not that innocent!”