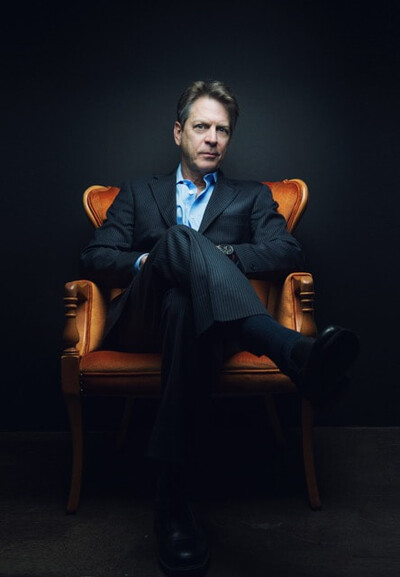 Photo by David E. JacksonI'm sure that I am no different from you all. Growing up as a kid, watching Christmas specials and remembering a lot of black and white Christmas programs, Christmas shows, things of that nature. Who can ever forget hearing the song which I always thought was “Chestnuts Roasting On An Open Fire”, but it's actually called, “The Christmas Song” that was co-written by Mel Torme?

Now if you fast forward a few years as baby boomers as we’ve all gotten older and thinking we're a little hipper, we got turned on to a great TV show called Night Court, and of course, Mel Torme was a central theme and hero to the show’s judge, Harry T. Stone (played by the late Harry Anderson). Torme made seven or eight appearances on the show.

Mel Torme co-wrote The Christmas Song which, by the way, is the most performed Christmas song, according to certain online sources. Recently, I was turned on to the fact that one of Mel’s kids, Steve March-Torme, is quite a successful performer and I wasn't aware of that. I also recently learned that he's released a brand-new Christmas song called, I Remember Christmastime. It’s just been released . . . 75 years since his dad’s song was recorded by Nat King Cole and becoming a classic.

I wanted to talk to Steve and find out about this song, the story behind it, as well as all the other stuff he's doing. He is quite a successful entertainer. He's on radio and does all sorts of stuff. I found out a few things about him and his career on a certain game show that will remain nameless because you’ve got to watch the interview to know what we're talking about. I was just blown away by what all Steve has done and is doing and I'm looking forward to seeing what he will be doing and look forward to having more interviews with him in the years to come. My first interview with him is below. Watch. Enjoy. Share.

The Boomerocity Interview With Steve March-Torme

Click On The Lower Right Corner To Enlarge Video

Dolly Parton Discusses "I Believe In You"
5165 views
Posted October 2017   My earliest memories of the legendary Dolly Parton go way back to the m...