Kenny Wayne Shepherd Talks Touring, Trouble Is, and The Blues 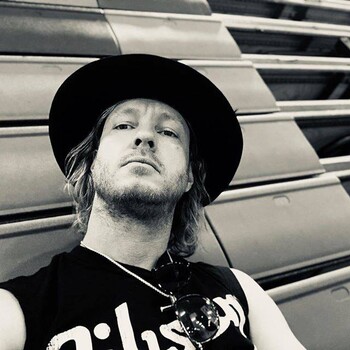 The word “prodigy” is often an overused and/or misapplied word. In the case of blues-rock guitarist, Kenny Wayne Shepherd, the label is quite appropriate.

Picking up the guitar at the tender age of seven after meeting the late guitar great, Stevie Ray Vaughan, the guitar gods must have cast a special mantel on Shepherd. He quickly gained a following and secured a record deal with none other than the legendary Irving Azoff by the time he was eighteen years old.

Since then, Kenny has had seven singles in the Top 10, and his second album, “Trouble Is…” is credited for holding the record for the longest-running album on the Billboard charts - due in part to the successful song, “Blue On Black” that was ultimately re-recorded with Queen’s Brian May, Five Finger Death Punch, Brantley Gilbert. No wonder the guitar wiz has been nominated for a Grammy five times.

Shepherd is conducting a 25th anniversary tour to commemorate the release of his “Trouble Is…” album as well as doing some dates that aren’t just focused on that album. KWS has been on my bucket list of desired interviews for quite a while. When it was announced that his tour was making a stop near my hood, I reached out to Kenny for an interview and he graciously agreed.

Kenny and I chatted about several things including his plans for a release of a new album, some streaming shows, and maybe a surprise or two. Please give this interview, below, a close listen. Afterward, please feel free to share it with your friends and fellow Kenny Wayne Shepherd fans.

Click On The Lower Right Corner To Enlarge The Above Video

Joe Louis Walker Talks About Being Eclectically Electric
355 views
Posted October 2021 As you already know, if you have followed Boomerocity for very long at all, we ...

Kris Bell
Jimmie Vaughan - 'The Pleasure's All Mine'