Dale Bozzio of Missing Persons and Why Life Is So Strange 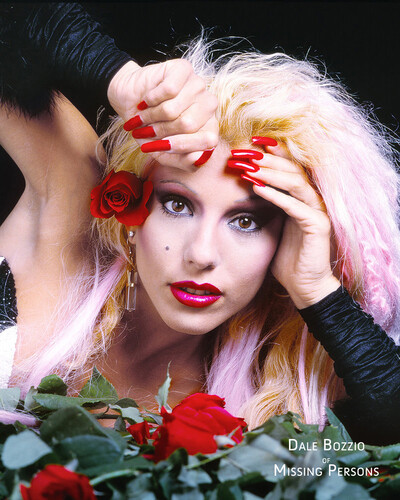 The interview you're about to listen to is with Dale Bozzio, co-founder of Missing Persons - one of the 80s most distinctive bands…musically, stylistically, and, primarily because of Dale, fashion-wise.

She recently released her sizzling hot autobiography entitled Life is So Strange – Missing Persons, Frank Zappa, Prince & Beyond, through Los Angeles-based label Cleopatra Entertainment. As its press release says, “The book is a riotous, humorous, sexy, intimate, no-holds barred story of Bozzio’s life in and out of music. She has absolutely no qualms about sharing stories of all aspects of her life that will amaze, titillate, impress, and endear her to those who read her fascinating life journey. This book is the ultimate kiss and tell story!”

Bozzio’s book is an incredibly thorough overview of her childhood all the way through her life in the fast lane. Included are stories from the 70’s as she worked at the Boston location of the Playboy Club, earning her the distinction of its Playboy Club Bunny of the Year before moving to Los Angeles. There, she met Frank Zappa who became a major influential presence in her life. She starred in his rock opera, Joe’s Garage, his film, Baby Snakes, as well as in his musical, Thing-Fish. It is clear in her book that her platonic relationship with the rock icon has resulted in a touching reverence of him and his legacy.

“Bozzio also writes of her professional – and personal – relationship with Prince, both as a performer and as lovers. In fact, her book reveals intimate and steamy details of Bozzio’s many affairs she’s had throughout her life…let’s just say Dale is not the shy, retiring type…

“The book is not only a revealing look into her personal and professional life but also features incredible never-before seen photos from Dale’s personal archives as well as lyric sheets and poetry, along with a collectible 7” vinyl with recut versions of Destination Unknown and a remix of Mental Hopscotch by Kevin Haskins of Bauhaus. 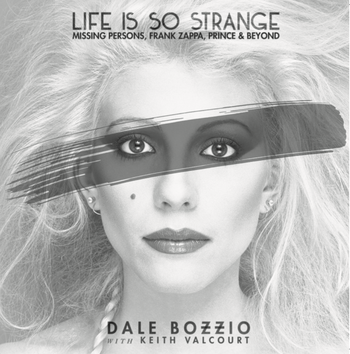 Click Above To Order Your Signed Copy“Dale's quirky voice and creative, unique fashion sense helped make the band’s blend of futuristic, electro-pop sensibilities a favorite in the burgeoning New Wave scene of that day, while newly launched MTV embraced the band’s catchy music and played the band’s videos in heavy rotation. They were also a top draw on the 80s concert circuit, including a memorable appearance at the US Festival in 1983, which also featured David Bowie, the Pretenders, U2 and Stevie Nicks, amongst others.

“During the band’s initial six-year run, Dale sang and was front and center on the band’s memorable hits - Destination Unknown, Windows, Give, (all three of which she co-wrote), Walking in L.A. and Words.
“The band’s debut album, Spring Session M, charted at #17 on the Billboard 200 upon its release in 1982 and is certified gold. The band’s two follow-up albums, 1984’s Rhyme & Reason and 1986’s Color in Your Life also charted at #43 and #83 respectively.

“She remains the driving engine behind Missing Persons to this day, recording and touring with the band’s current lineup.”

In the interview, below, you’ll get to listen into our phone chat as it’s set to photos of Dale and her work. As with pretty much all Boomerocity interviews, this chat is laid back and insightful. The thing that I love about Dale and her incredible story is that doesn’t see herself as a victim. She’s a strong conqueror who is an amazing example and encouragement to anyone who has faced – or is facing – major adversity in their lives and needs to hear that they, too, can be a conqueror.

Listen to this interview as I think you’ll enjoy it. Share it with your friends. Order Dale’s book, Life is So Strange – Missing Persons, Frank Zappa, Prince & Beyond. You can order an autographed copy directly from Dale by clicking on the book cover on the left.

The Boomerocity Interview With Dale Bozzio

Click On The Lower Right Corner To Enlarge Video Above 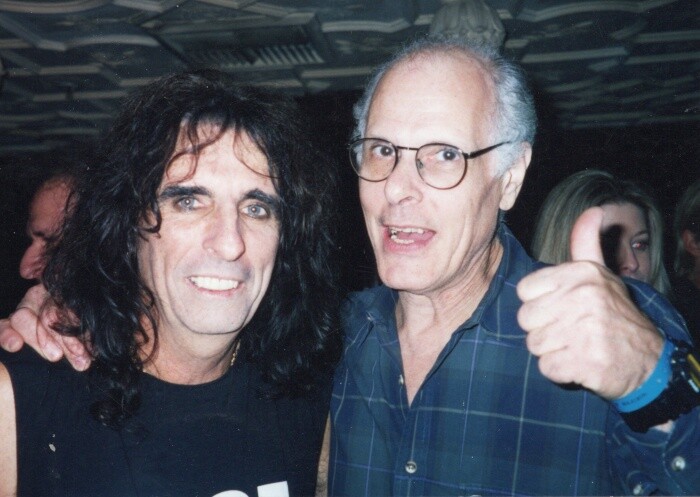