Jay Bergen Talks About Defending John Lennon Against The Mob 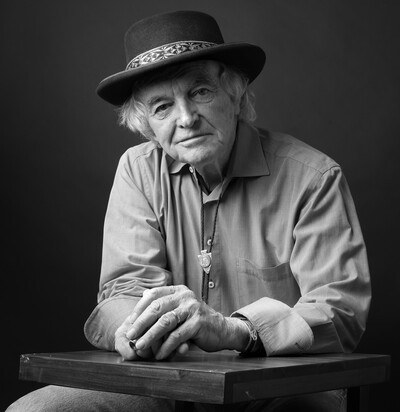 Like you, I’ve heard more than my fair share of attorney jokes. However, let me assure you that retired attorney, Jay Bergen, and the story he tells is no joke.

Not in the slightest.

Jay was involved in the landmark case, Big Seven Music Corp. vs. John Lennon, back in 1977. Big Seven was a company owned by Marvin Levy, a record company exec who was long reported to be connected to organized crime. He sued Lennon and others for damages.

You can find out by purchasing Jay’s book, “Lennon, the Mobster & the Lawyer.” Jay goes into incredibly interesting detail about the facts and backstories surrounding the case. As luck would have it, I was given an advance copy of the book and the opportunity to interview Jay about the case and the book. Both the book and my interview with Jay are fascinating and worth your investment of time. 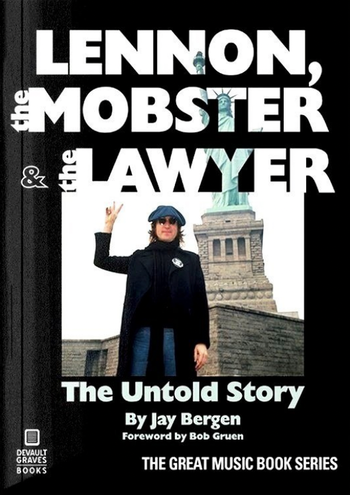 Click Above To Order Your Co[yLENNON, THE MOBSTER & THE LAWYER
The Untold Story
By Jay Bergen

While John Lennon began to settle into private life in 1975, he fought an epic legal battle that flew under the radar. The notorious Mafia-connected owner of Roulette Records, Morris Levy, released Roots, a bootleg version of a rock ’n’ roll oldies album John had been producing. Levy claimed the former Beatle had verbally agreed to market Roots via TV. Capital Records' quick release of John Lennon Rock ’n’ Roll, the official album, resulted in two Levy lawsuits against John—and John’s counterclaims against Levy. The attempted shakedown led to a high-stakes battle in US District Court where Jay Bergen, partner in a prestigious NYC law firm, represented Lennon over the rights to his own recording. Millions of dollars were on the line.

Jay’s memoir/portrait Lennon, the Mobster & the Lawyer - The Untold Story (Devault Graves Books; May 1, 2022; U.S. $28.95; Softcover) tells the story of the battle against Levy’s misbegotten scheme to get his hooks into Lennon. John’s own words, from the trial transcript, are illuminating and Jay recounts strategy sessions where they worked closely to map out his testimony: How John explained his recording process in poetic, exacting terms for a judge who knew little about The Beatles; John’s recording studio expertise; the finalization of the Rock ‘n’ Roll album; why he chose to do an album of ’50s rock songs he didn’t write; and the damage John suffered as a result of the unfinished cheesy Roots album. The resulting testimony reveals remarkable insights into the creative process of an acknowledged genius of rock music.

“An unlikely but true, riveting story of how John Lennon had to take the witness stand and explain how his records were made. Why? To get out of a sleazy mob scam. He won the high-stakes case with the advice and growing friendship of his lawyer, who did not have long hair and who wore a tie.
HBO, where are you?”
—Michael Lindsay-Hogg, TV Film Theatre Music Video Director

“Lennon, the Mobster & the Lawyer - The Untold Story reveals the
John Lennon I knew as he describes his artistic process and shows his keen
sense of humor. Jay tells many stories of his interactions with John and
what he was like as a person, capturing how much fun it was to be with
John Lennon and Yoko Ono.”
—Bob Gruen, legendary rock and roll photographer, from the book’s Foreword

“John Lennon testified of course….I certainly grew to respect [him]
and the witnesses he called to show the quality of the kinds of things [he
and The Beatles] did in producing what they produced. It was a
very impressive case.”
—Hon. Thomas P. Griesa, US District Court, Southern District of New York 1974-2017