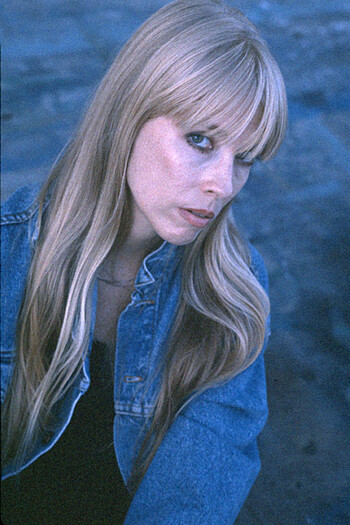 If you've hung around Boomerocity for very long at all, you already know that we think the world of - as well as are we huge fans of - our good friend, Carla Olson. She and her husband, Saul, have been supportive of this publication with their time over the last few years.

That has been the case again recently when Carla took the time out of her busy schedule to talk with me about her new album, Americana Railroad. It will come to no surprise to Carla’s fans or Boomerocity viewers that she collaborates with other amazing talent in the making of her latest project.

You’ll hear the likes of John Fogerty, John York, Brian Ray, Rocky Burnette, Dom Flemons, Dave Alvin, Stephen McCarthy, and others. The result is amazing, memorable covers of americana treasures and our country’s railroads. Listening to the album will bring out the inner-Woody Guthrie in anyone who listens to it. The press release for the album is at the bottom of this page. You can order Americana Railroad from wherever you purchase your music.

The Boomerocity Interview With Carla Olson

AMERICANA RAILROAD, A COLLECTION OF SONGS CELEBRATING THE HISTORY OF TRAINS 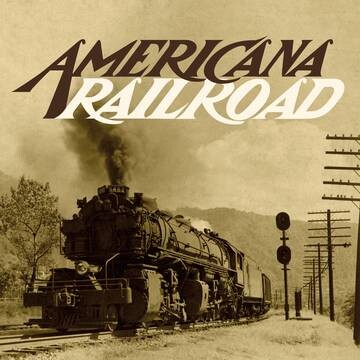 LOS ANGELES, CA -- The idea of a new album of traditional and contemporary railroad songs had been percolating for a decade or so before recording began for Americana Railroad. After talking about artists and songs and label partner possibilities every few years producers Carla Olson and Saul Davis decided to just begin and see what was possible.

The first artist asked was Stephen McCarthy (Dream Syndicate, Jayhawks, Long Ryders) to see if he would be interested in such a project, followed by Robert Rex Waller Jr (I See Hawks In L.A.), John York (Byrds), Dave Alvin, Rocky Burnette, Gary Myrick and James Intveld. Rock’n’roll, Rockabilly, Americana ~ the genre or category is for the listener to decide. The goal was simple – railroad songs performed by great expressive artists.

After recording the nine tracks that Carla produced, the thought turned to locating a record company partner.

Executive David Hirshland noted, “When Saul brought this to me for possible release by Renew / BMG it instantly made sense. There is such a deep history of trains in the American musical canon I felt that we should expand the project and get more artists on board. Every artist we subsequently approached was eager to join in.”

Since the overwhelming number of train songs requires hard choices, this anthology’s selections attempt to cover significant historical ground. Elizabeth Cotton’s “Freight” Train is covered lovingly by A.J .Haynes in a style evocative of the ‘50’s in which it was written. Dom Flemons takes the true story of ex-slave and Pullman porter Nat Love (aka Deadwood Dick) and spins it into a narrative of spiritual survival and ultimately triumph via original track “Steel Pony Blues.” Steve Goodman’s epic “City of New Orleans,” a portrait of the disintegration of an entire way of life, is given added poignancy by John Fogerty’s vocals and Micky Raphael’s harmonica. Peter Case’s treatment of “This Train” echoes Woody Guthrie and the world of depression era America. Americana Railroad is thus meant to entertain and educate albeit subtly.

Prior to Americana Railroad’s June 17, 2022 CD and digital release, it was issued as a limited edition vinyl piece for Record Store Day in November 2021.

Producer/performer Carla Olson observed that “Growing up in Austin, Texas during the 1950s the fascination with trains was the stuff childhood dreams were made of. Walking home from school the temptation to put your ear to the track to hear if the train was close was a daily routine. We lived five blocks from the railway and heard the whistle of the trains well into the night. For some the call was a way to escape small town blues, for others thoughts of exotic destinations lured many to hop a freight and disappear over the horizon. The Americana Railroad album is a collection of both history and metaphor for your listening and thought provoking pleasure.”