Derek Sherinian Points Us To The Vortex 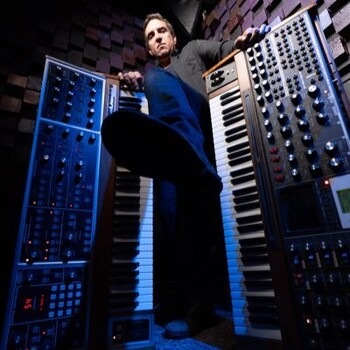 The Caligula of Keyboards. That’s what Alice Cooper called Derek Sherinian. If you’ve heard Derek’s work – and there’s a better than even chance that you probably have whether you realize it or not – then you would be inclined to agree with Uncle Alice.

You see, Sherinian has played the keys for a wide range of artists. In addition to Alice Cooper, Derek has played with Kiss, Billy Idol, Black Label Society, Yngwie Malmsteen, and Dream Theater. He also co-founded Planet X and Black Country Communion.

Sherinian has also recorded seven solo albums that included the likes of Steve Lukather, Slash, Yngwie Malmsteen, Joe Bonamassa, Zakk Wylde, Al Di Meola, Allan Holdsworth, and Billy Sheehan. This is a testament to the level of musicianship as well as the respect that he has from the the world’s best musicians.

Derek has a new album out titled, “Vortex,” and we connected for the first time in years (click here to read that first interview) to talk about the album. You can order it by clicking on the album cover on this page.

The Boomerocity Interview with Derek Sherinian 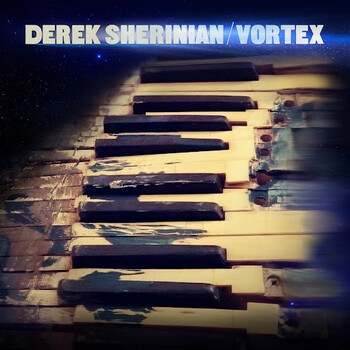 Click Above To Order Your CopySimon Phillips returns on drums along with guest appearances from Michael Schenker, Nuno Bettencourt, Zakk Wylde, Steve Stevens and more.

World acclaimed keyboardist Derek Sherinian, (Sons of Apollo, Black Country Communion), one of the most significant keyboard players of the modern era, will be releasing his upcoming new album, ‘Vortex’, on July 1st, 2022 on InsideOutMusic. Returning alongside Sherinian is legendary drummer Simon Phillips, who once again co-wrote and co-produced the album, as well as Tony ‘The Fretless Monster’ Franklin, on bass.

Today, Derek is pleased to release the title track from the album.