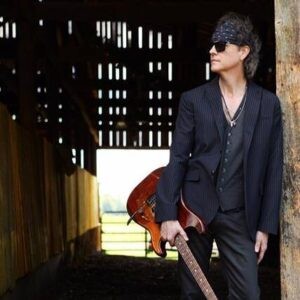 Hardcore music fans are, no doubt, familiar with the band, BoDeans. Sometimes seen as alternate rock, sometimes roots rock, and sometimes called heartland rock. However, you view them, most assuredly, you view them as a phenomenal band that is one of your go-to’s on your music player.

In 1986, BoDeans blasted out of Waukesha, WI in 1986 with their first album, “Love & Hope & Sex & Dreams”, that was produced by the legendary T Bone Burnett. The albums “Outside Looking” in 1987. In 1989, BoDeans released “Home”, then “Black and White” in 1991. If you are both a BoDeans fan as well as a fan of the hit TV series “Party of Five”, then you already know that the song “Closer To Free” (from the band’s 1993 album, “Go Slow Down”) was the show’s theme song. BoDeans has released a total of thirteen albums. Music by BoDeans has been heard on hundreds of times on film and TV.

BoDeans fans will be thrilled to hear that the band has a new album out – their fourteenth – titled “4 The Last Time”. Its lead single is “Ya Gotta Go Crazy”, and you can view its official music video on this page.

Boomerocity chatted with BoDeans founder, Kurt Neumann, to talk about “4 The Last Time”. It was a great chat with a great guy. If you’re a BoDeans fan, you’ll want to watch this interview. If you’re not a fan of the band, watch the interview anyway. You’ll likely become a fan of BoDeans.

The Boomerocity Interview Kurt Neumann of the BoDeans